Physics of Archery: The Science Explained
MENU Skip to content

Here, we’re going to look at the physics of archery. We’ll do that by looking at what it takes to become an archery superhero. You see, being a superhero is more than just having a cool outfit, you have to know some basic physics. For those advanced physics students, I think you’ll also find this explanation useful.

Want to become an Archery Superhero?

Who doesn’t? It’s the rage. But before you dive into your cool superhero outfit, you need to get “outfitted” with the right bow for your superhero adventures. And to figure out what is the “right” style of bow for you, you’ll need to understand some of the science and physics of archery. But first, a little historical perspective.

Anthropologists aren’t sure if either “Norm the Neanderthal” or “Hank the Homo sapiens” (which is Latin for “wise man”) first invented the bow and arrow. Imagine two cavemen trying to start a fire with a bowed stick and a looped string using another straight friction stick to get things smoking. After vigorous back and forth action with the bow, suddenly, Norm gets his fire going then plucks the string in joy, only to somehow launch the straight friction stick that accidently shoots Hank, the visiting Homo sapiens, right in the eye. It may have marked two pivotal points in prehistoric history – invention of the bow and arrow plus the start of the first war between Neanderthal and Homo sapiens. Though the probability of all that may be a stretch, we know who won that prehistoric war.

Whether Neanderthals and Homo sapiens really fought using bows and arrows can only be wild speculation. Scientists haven’t yet been able to unravel that distant part of the past from 20,000 to 40,000 years ago when the bow and arrow first emerged. But one thing’s for sure. The bow and arrow would become the most influential weapon throughout human history before the invention of gunpowder.

The first bows weren’t much more than flat sticks bowed by a string that later became refined into elegant European yew longbows or Mongolian recurves made from composite animal horn and sinew. The Dark Ages saw the adaptation of bows into short horizontal crossbows that proved no match for the repeated shooting speed and accuracy of the longbow – one reason England dominated so many European Medieval battles during those times. It was during this time that the name “archery” found its way into language from the Latin word arcarius,  and from arcus for “bow”. Whether the “arch” in archery refers to the arch of an arrow in flight, or the arch of a bow, the word implies the use of both the bow and arrow together. 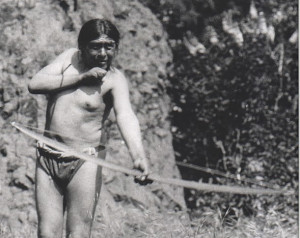 In North America, Native people were the first to use bows for hunting and warfare. And it was one Indian in particular in the early 1900’s who helped spread the romance and allure of hunting with homemade bows and arrows to two white men in California. The Yahi Indian’s name was Ishi, and the two white Americans were Saxton Pope and Arthur Young. Pope and Young soon infused a fledging nation with the romance of archery, and the rest is history.

The homemade longbows of Pope, Young, and some of the other pioneers in American archery eventually gave way to the laminated recurve bow, with limbs that both unfolded and bent back during the draw. It was sort of a “compound” action in the way the limbs worked, increasing the conversion of store energy when the bow was shot. But the true “compound revolution” began in the late 1960’s and early 1970’s with the invention and refinement of the compound bow. 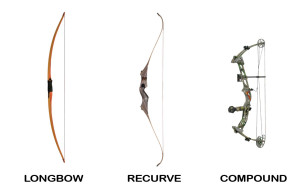 The end result is that today we have three types of commercially produced bows commonly used in archery and bowhunting that blend both the past and the present.

Note: All three types of bows have also been adapted into crossbows with shorter horizontal versions equipped with a gun style stock and trigger mechanism.

Which bow is best?

Today’s superheroes in the movies equip themselves for their super adventures using one of these three styles of bows. So how does Hollywood or the superhero choose which bow is right for their super adventure? Each bow has its own combination of advantages and limitations. That’s a function of their design and the physics of how the bow shoots an arrow as they relate to our human anatomy. And understanding all that is the key to understanding why a superhero, or you for that matter, would select a certain type of bow to use in different types of archery.

The differences in how these three types of bows store and release energy in shooting an arrow present interesting series of questions for us to explore and answer in our quest to understand “which bow is best”. Here is a short little video where Hazen and Rob practice shooting with both types of bows.

The physics of archery

A bow is essentially a two-armed spring that stores mechanical “potential energy” when the string is drawn and pulls back the limbs. Easy stuff to understand, right? Here’s how the different parts work.

When you draw back the bowstring, you use your muscles to exert a force on the string that bends the limbs backward. The amount of force that your fingers exert on the string when you’ve pulled it all the way back is called the “draw weight.”  The elastic or spring energy is now “potential energy” that can be converted into launching an arrow when you release the string. See? This isn’t so hard. Oh, but wait…what about the physics?

Ah, here it comes. Hooke’s Law states that the draw weight is proportional to the draw length. The greater amount that you deform the limbs by pulling them back further in your draw length, the more you increase the force that in turn increases the stored potential energy. Of course there’s a limit to all that in both how far or how much your body is capable of drawing a bow plus the bow’s ability to withstand a limited draw length before it breaks. Fortunately, Mother Nature has taken care of that for most of us by limiting our physical “draw length” to around 28 to 30 inches.

Holding our bow at full draw, we now have stored a certain number of pounds of “elastic potential energy”. The key word here is “potential”. Because if we release the string without an arrow nocked on it, the energy isn’t converted into much of anything other than being reabsorbed into the limbs and bow, which in turn is called “dry firing” that can easily damage or break your bow. Bummer. However, with an arrow nocked on the string, much of the stored energy is transferred to launching the arrow – though some of the energy remains in the bow.

So whether you’re messing around with a bow for the simple fun of shooting or doing some superhero research to find out which is the right bow for you; don’t dry fire a bow. Nock an arrow first. Then you’ll be ready to convert much of that stored potential energy into the kinetic energy of properly launching your arrow. But what’s the science behind that energy conversion? And how do different styles of bows convert different amounts of their stored potential energy? Ah heck, simply telling you would cheat you from the fun of exploration and discovery. So we’ve designed some exercises that you can do in school or with friends that will give you all the superhero savvy you need to choose the right bow for you. 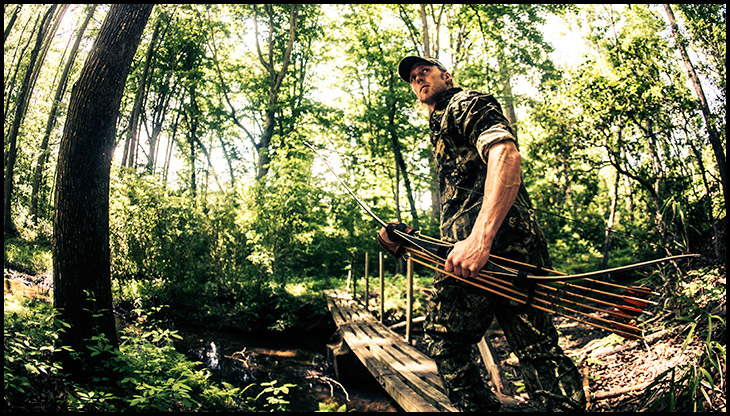 Now for the fun stuff. Stand back, we’re going to shoot some arrows!

If you’re a teacher or a student, or heck, anybody for that matter, we’ve designed some experiments for you to discover which bow is right for you. Simply download either PDF below. Everything you need (expect some test bows and arrows) is contained  to equip teachers and students with detailed steps to work through the learning exercises. 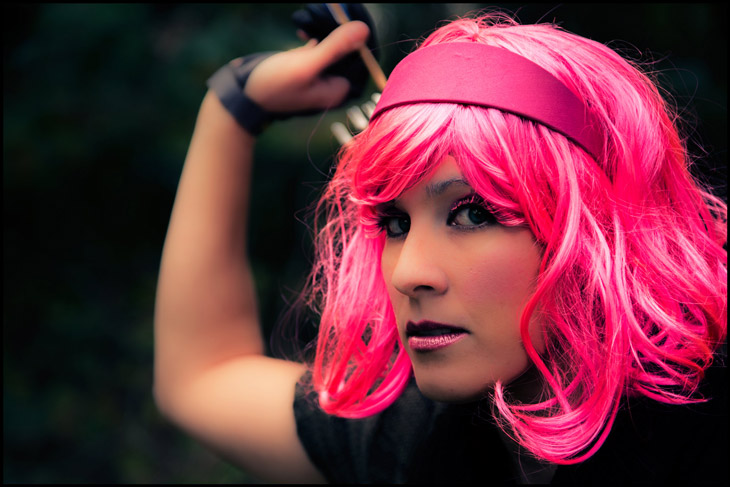 The first is a “Superhero Discussion Guide“ designed for Middle School that will explore some of the concepts presented in the video. It requires some interesting online research, group evaluations, fun imagination, and thought-provoking discussions. The second is a “Superhero High School Lesson Activity“ that further explores the energy physics of archery that will help reveal which bow is right for you. 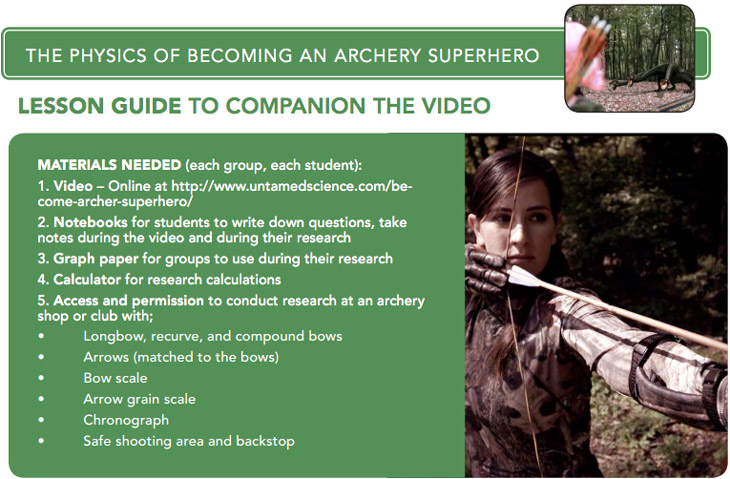 Before you get into these archery learning activities, or during your research, you’ll want to explore some of the helpful websites noted below.