If you have seen a picture of a giant Panda once, you will likely never forget what they look like. Their unique black and white fur makes them easy to distinguish from all other animals. This is also represented in its latin name Ailuropoda melanoleuca, which literally means “black and white cat-foot.” Though they are referred to as “giant” pandas, they don’t grow that big. An average adult weighs somewhere between 100-115 kg and measures 150-190 cm long. They’re only giant in comparison to the much smaller Red Panda in the family Ailuridae (which is not all that related to the Giant Panda).

The Giant Panda is a bear in the order Carnivora. Sounds perfectly normal, right? Most people expect bears to eat meat. This is not the case for the Giant Panda. About 99% of its diet consists of bamboo. What makes things even more interesting is that it still has a digestive system like that of other carnivores, which makes it very difficult to get enough energy from eating almost exclusively bamboo. The Giant Panda has several adaptations to cope with this lifestyle. It has symbiotic microbes in its gut that helps break down the cellulose in the bamboo and facilitate energy uptake. Even with this the animals still have to eat a lot  of bamboo to get enough energy to survive: more than 10kg every day. Eating this much also means it has to get rid of a lot of waste. This helps spread a lot bamboo seeds and thus the Panda helps maintain its forest.

The Giant Panda once roamed a large area of Southern and Eastern China. It was also found in northern Vietnam and Burma (Myanmar). Today it is found only in 20 or so smaller patches of mountain forest in the Sichuan, Shaanxi, and Gansu provinces (China). The patches are largely isolated from each other, making populations more or less geographically separated. They are found in temperate mountain bamboo forests at an elevation between 1200 and 4100m. 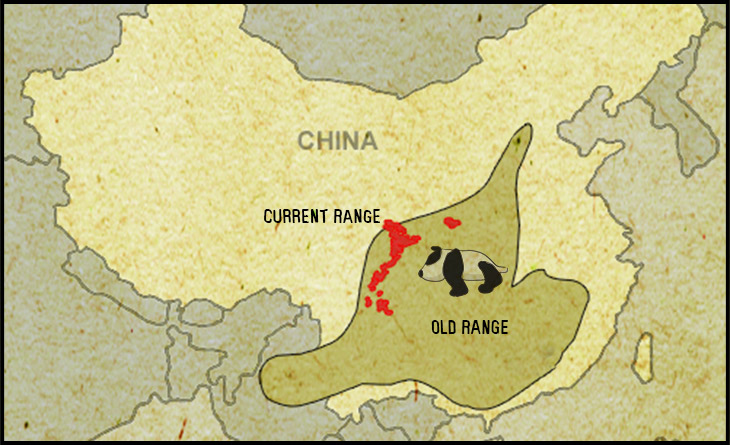 The Giant Panda is classified as ENDANGERED (EN) on the IUCN Red List. Its biggest threat today is habitat loss. Poaching was a big problem in the past, but strictly enforced laws and high penalties seems to have got rid of this problem. Although some Giant Pandas are still killed in snares targeted for other species. 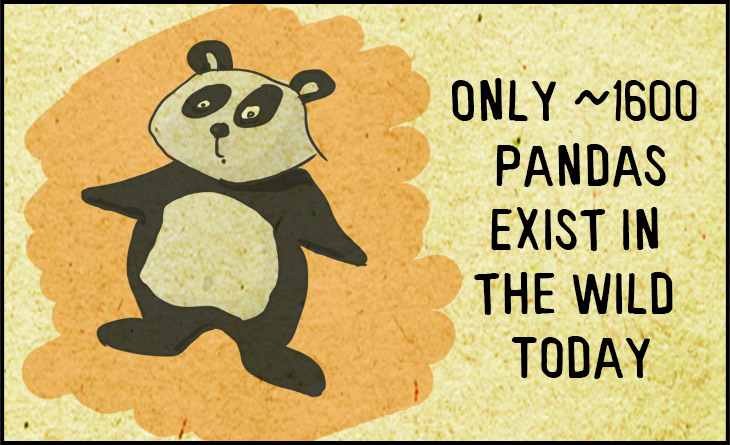 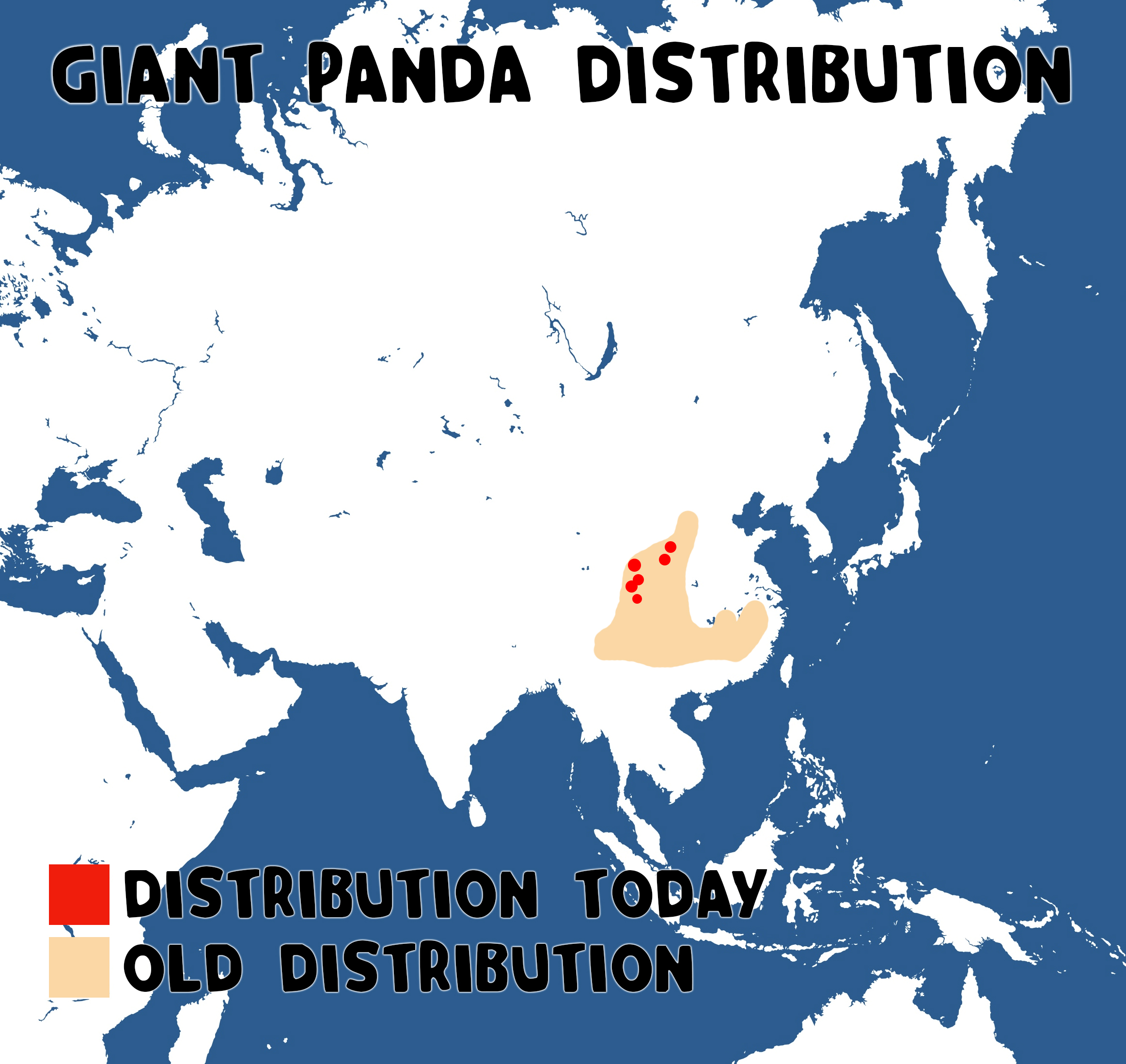