Europe's Only Monkey has no Tail!
MENU Skip to content

The Barbary macaque is the only species of macaque found outside of Asia. They are native to forests of Algeria and Morocco and a couple of places in northern Libya.

Except for humans, they are the only wild primates found in Europe, with a population of about 300 individuals living in a nature reserve located on the top of Gibraltar.

(Here is a hi-res version of the Barbary Macaque for you – copyright by Jonas Stenstrom).

Barbary macaques are unique in that they lack a tail. For this reason we often hear them referred to as Barbary “apes,” even though they really are monkeys. (True apes include gorillas, chimpanzees, bonobos, gibbons, and humans. 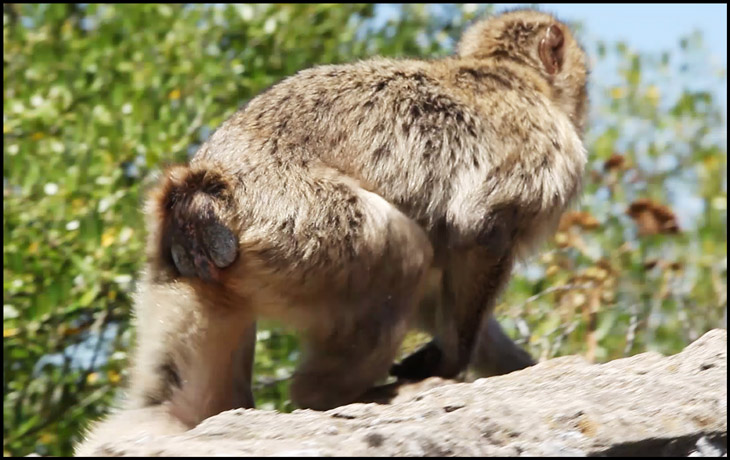 Normally these animals eat primarily fruit and insects, but since they live so close to humans in certain areas, they have picked up the bad habit of stealing food from unwary tourists. Even if this may seem funny at the time, feeding the monkeys has lead to some aggressive attacks and should be discouraged. So pack your food well and hold on to your belongings; these monkeys are smart!

The number of wild Barbary macaques has seen a major decline in recent years; in 2009 they were declared endangered by the IUCN and were put on the IUCN Red List.

The reasons for their decline are habitat destruction (mainly logging) and local farmers seeing them as pests and actively trying to get rid of them. Their population, once an extensive and continuous distribution across northern Africa, is now fragmented into smaller patches and forests in mainly Algeria, Morocco, and Libya.

In addition, Barbary macaques have also been heavily poached for the illegal pet trade. 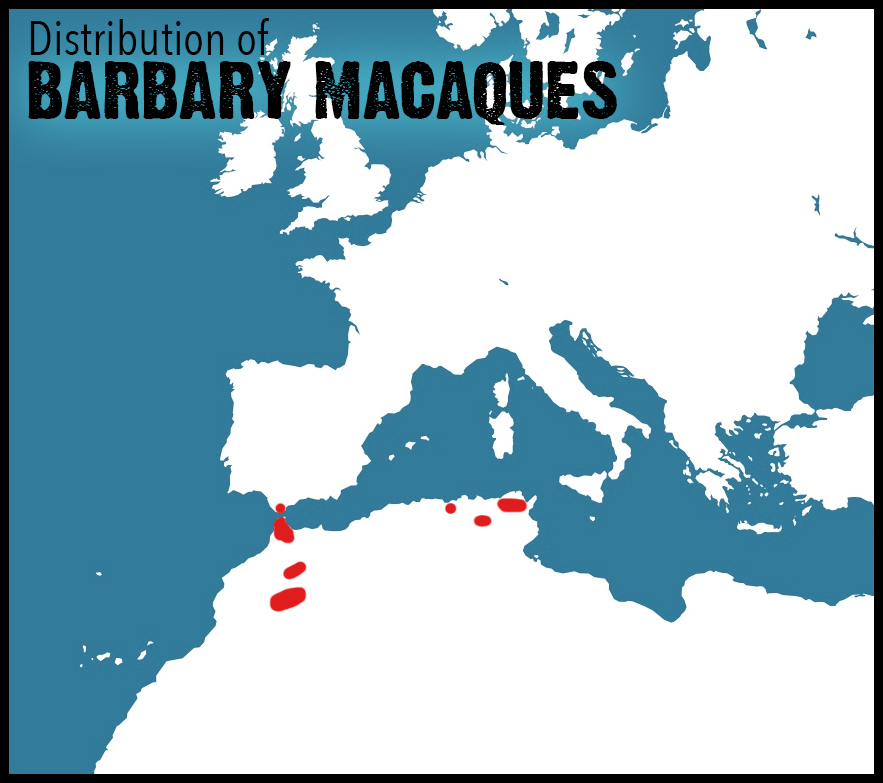