Plant Memory Discovered: Turns out they can make memories
MENU Skip to content

If reliably remembering where you put the car keys or what you came to the fridge for isn’t your strongest suit, spare a thought for plants; they can never remember anything at all. Or so you’ve been led to believe. Evidence to the contrary is increasingly emerging from plant science laboratories around the world, and it’s turning some fundamental stuff we thought we knew completely upside down.

Traditionally, animals have been considered “intelligent” and plants have not, end of story, period. Learning from experience was something done exclusively by higher organisms like us, while every organism without a brain (or at least a network of neurons) to its name was doomed to forget everything that happened to it throughout its uncomplicated life, and retain nothing learned by generations past.

That’s what we know now, thanks to studies like the one done in 2014 at the University of Western Australia that focused on “the sensitive plant.” Mimosa pudica closes its leaves in response to touch or sudden stress. And, through observing how M. pudica plants responded to repeatedly being exposed to a stressful situation that didn’t cause them harm, the researchers discovered that these plants could learn. 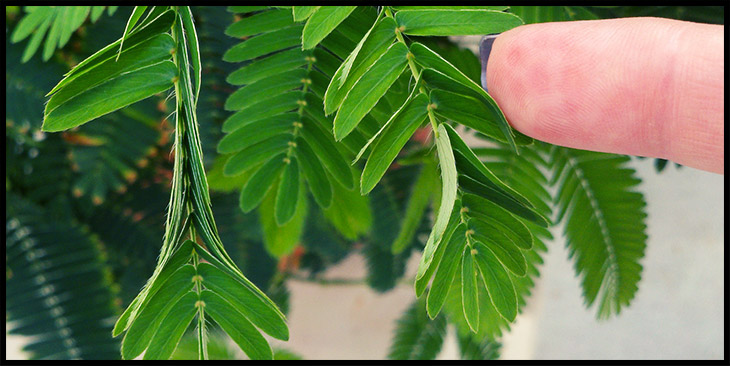 The plants very quickly stopped curling their leaves (which takes precious energy) in response to being “alarmed” but not harmed, showing they had learned that, in this scenario, leaf-closing was a waste of time. What’s more, when exposed to the same “scary” situation one month later, the plants didn’t bother closing their leaves in response, demonstrating they had “remembered” that earlier lesson they’d learned.

So, how are memories made in plants?

Well, the mechanisms aren’t well understood, but scientists pin the ability of plants to make memories (despite their lack of a brain and neural tissues) on a sophisticated, calcium-based signaling network in their cells. Functioning a bit like memory processes in animals, these networks allow at least some plants to change their behavior as a result of past experiences, even in the relatively long term.

The Blurred Line Between Plants and Animals

Studies like the Western Australian one contribute to a growing grey area between plants and animals, and ideas that science has held firmly to for ages (such as only animals with nervous systems can learn) suddenly now need another look. Still, in the short term at least, you’d better not bank on friendly reminders from street trees and nature strip lawns next time you’ve forgotten where you parked.