10 Facts About Chernobyl That You Probably Didn't Know!
MENU Skip to content

10 Facts About Chernobyl That You Didn't Know

The Chernobyl meltdown and explosion is by far the worst nuclear disaster the world has ever seen. If you’re over 30, you’ve heard of the famous soviet disaster of Chernobyl. If you haven’t, here is a recap.

On April 26th, 1986 about about 1:23 am, reactor #4 overheated and exploded. That released a radioactive cloud that ended up killing three people immediately and several thousand directly from radiation. The exact number is still a bit of a debate. It also caused untold troubles for much of Europe. The meltdown created a fear of nuclear power that still exists today, but many of the more interesting and integral facts have not been widely publicized. Here are ten things (broken up into two videos) I find really interesting.

You have to remember 1986 was still during the cold war. The Soviet Union didn’t tell the west what was happening right when it happened. In fact, it took them days to tell their own people to evacuate nearby areas. After the explosion, the first westerners to know were Swedish Nuclear plant workers whose sensor’s read high levels of radiation. Sweden sent out the first alert that something was happening. It wasn’t until the world pointed their satellites towards what is now northern Ukraine, that we realized what had happened.

2 – Radioactive Iodine is the first Killer

After the blast, the real killers come in the form of radioactive isotopes- transmitted by dust particles floating in the air and falling to the ground. Radioactive iodine is one of the most dangerous because it can quickly be accumulated in the thyroid gland, leading to thyroid cancer and death.

If you have enough natural iodine stored in your thyroid, then radioactive iodine won’t accumulate. But if people are starved of natural iodine (like those who live in areas of iodine poor soils) they are particularly at risk . This is why relief efforts begin by giving iodine pills to people in affected areas – trying to prevent accumulation of radioactive iodine in their bodies. Fortunately Iodine-131 has a half-life of only 8 days, so the threat does not pose a long-term problem.

Probably the most serious threat is cesium-137 and strontium-90. They have half lives of 30 and 28 years respectively.  The real threat with these two is in their ingestion. Strontium-90 follows calcium chemistry, so that it is readily incorporated into the bones and teeth – particularly of young children who have received milk from cows consuming contaminated forage. Cesium-137 parallels potassium chemistry, so it is readily taken into the blood and may be incorporated into tissues of people and animals. All of this causes serious health issues and death at various rates.

The relatively long half-life of both these isotopes still makes them a huge problem today. Only about half of the radioactive material has decayed right now, hence an exclusion zone for safety.

4 – Radiation in Chernobyl is relative

Radiation comes in many forms. In science, radiation falls on a spectrum of electromagnetic radiation. Long wavelengths are things like radio waves. Light is somewhere in the middle. Small lengths like alpha, beta and gamma rays are emitted from radioactive isotopes. They can penetrate your cells and destroy your DNA. Of course, these rays exist all around us all the time. It’s the amount that is the issue.

Surprisingly, even very close to the main reactor, your levels of radiation can be very low. In fact, standing in the parking lot looking at the melted down reactor gave us dosimeter readings similar to flying high in an airplane over the poles. For a whole video just about the relative nature of radiation, I suggest this video. 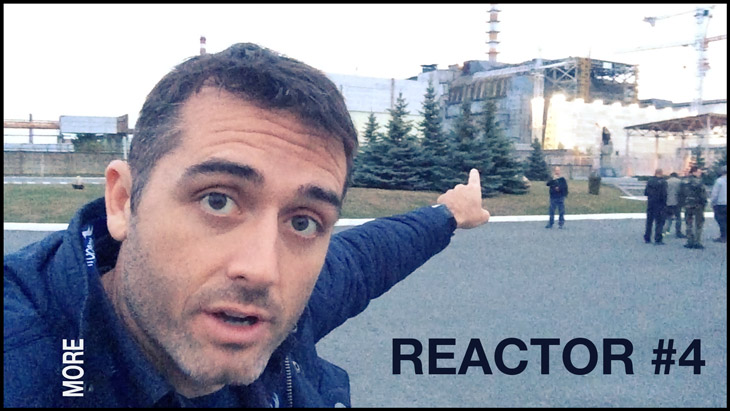 5 – Nobody lives in Chernobyl

There are lots of people that live in Chernobyl at different times. The ghost town that you see in most pictures is the feeder city of Pripyat. In theory, nobody lives there anymore. However, the town of Chernobyl, which is just over 10km from the reactor, has residents that cycle in and out on regular intervals. Also, in the Life After: Chernobyl documentary that we did, we found more people that live “unofficially” in the area – like this 90 year old guy.

6 – You can still die from radiation in Chernobyl

If you already knew that radiation wasn’t too bad in Chernobyl, you might think it’s not bad. Truth be told, there are some pretty hot spots. These hot spots are usually found in cracks in and around Pripyat where the radioactive particles accumulated. They’re also in areas of the red forest where a lot of the main fallout happened as was buried. On three occasions, my geiger counter went off the charts. Essentially, our safety personnel told me that I could probably stand about 4 hours laying in that spot before succumbing to the dangerous radiation and then slowly dying because of it. It was more time than I thought it would take, but it’s nothing to mess around with.

7 – The animals are radioactive but doing well

This is a relative statement – obviously. The radiation causes odd growths and birth defects in the animals there. We as humans wouldn’t stand for even a 1% rate of abnormality in our own species. Yet, for the animals here, this seems a small price to pay for living a place that is relatively free of humans. The sad the truth is that the human presence is probably the biggest problem for most animals to survive.

In the book of revelations, an angel predicted a giant star, a ‘wormwood’ star would bring on doomsday (more or less, that’s the gist). Well, guess what the name for the wormwood plant is in this region – it’s none other than “chernobyl” , whose namesake later became the name of the town that fed the power plant. Seem ominous. Yes, it is. Finding the wormwood plants there were one of my main goals. 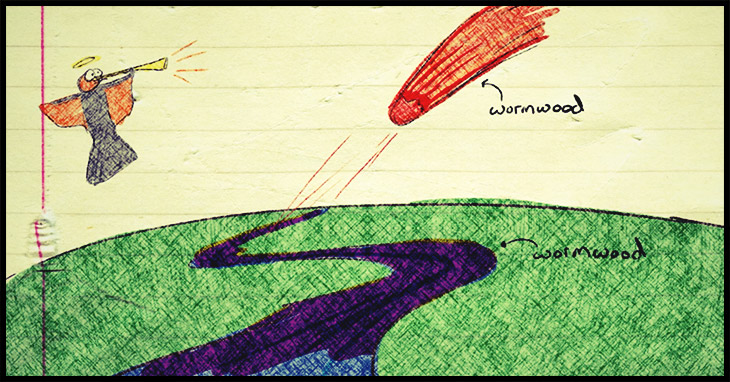 9 – You can actually visit Chernobyl

While we were the first crew with Animal Planet to be given access to this wide array of the exclusion zone to study and film within, you can actually visit it as a tourist or go as a scientist. I didn’t pass any American tourists, but there were one or two van-loads of Polish visitors coming to see it. Clearly there are ways to see it if you want to be adventurous. From my experience, I’d highly recommend it. It will open your eyes to even more truths about nuclear energy. Just be careful. I don’t think the guides generally let you know about the potential dangers. Remember, radiation is a silent, odorless, tasteless, invisible killer that kills you down the road.

10 – Chernobyl is an amazing experiment

It’s hard for most people to see any silver lining in a nuclear disaster. However, while you’d never be able to subject animals or humans to these levels of radiation in a designed experiment, you can study the effects of the animals here and compare them to those outside the zone.  This was a large part of the topics we discussed in the Chernobyl documentary. I won’t spoil it all though. Go check it out and see some of what we did. 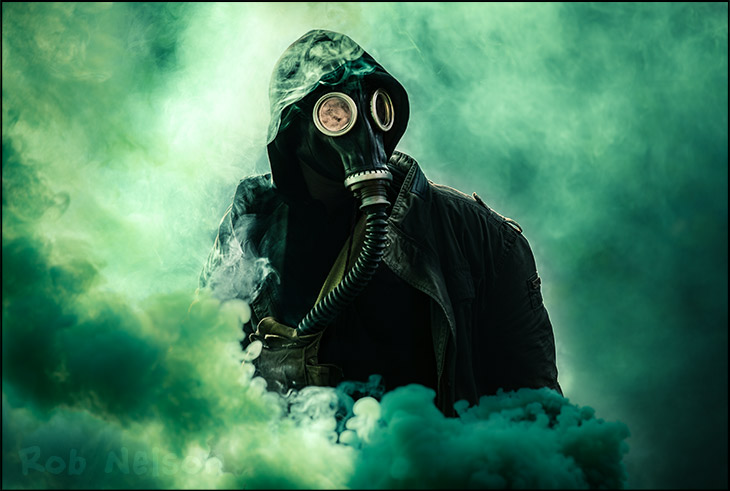 11 – The Radioactive Wolves of Chernobyl is a Myth

I had to add one more to my list. I spent two weeks in the zone working with wolf biologist  Dr. Maryna Shkvyria. She was so helpful in making the end documentary a success. Much of her research dealt with wolves that attack people. She found over a dozen instances of attacks on humans, but almost all of them were tied to cases of rabies. We never mentioned it in our doc, and so I felt the need to make a follow up here, just for Maryna, if nothing else.

The conclusion: The wolves in Chernobyl are not more dangerous because of radiation!

If you want to find out more, I suggest buying the book about the natural history of Chernobyl. The Wormwood Forest was my favorite book.  Also, watch the documentary that I co-hosted with Mary Ann Ochota premiering tonight at 10pm EST on Animal Planet.