What happens to an astronaut’s bones in space?

Think about your favorite space action movie. The hero leaps into view with some sort of futuristic weapon, and he looks lean and ripped with muscles. Except, if this were reality, he’d be completely deflated in a puddle on the floor and probably look more like Jabba the Hutt than Han Solo. This will be a more accurate view of the future of space travel, unless scientists can figure out how to solve a big problem: how to stop astronaut’s bones from literally dissolving away. 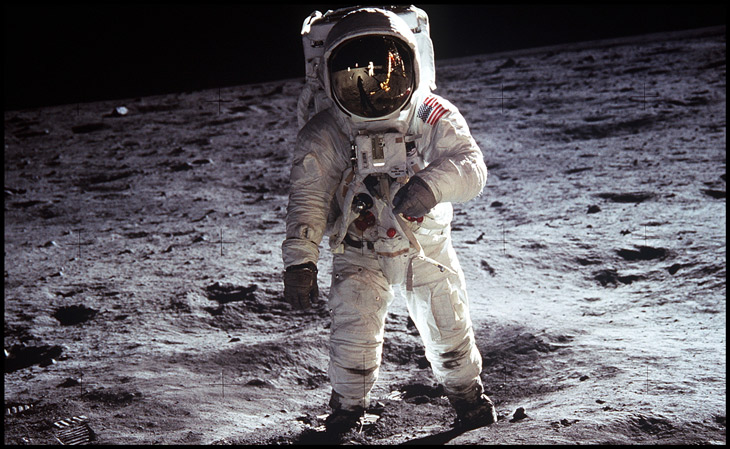 Battle of the Bone Cells

Although it might look like your bones are just long, dead rocks inside you, they are actually just as much alive as the rest of you. In fact, there are all kinds of cells that live just inside your bones. Two of the most important types are called osteoclasts and osteoblasts.

Osteoclasts behave like a demolition crew. They’re large, multinucleated cells that slowly crawl along, secreting a cocktail of acid and enzymes that dissolves away the bone, releasing proteins and minerals like calcium. Osteoblasts, on the other hand, are smaller cells that come in after the demolition crew has passed and build up new bone structure. These two types of cells work together to break down and build up new bone tissue. 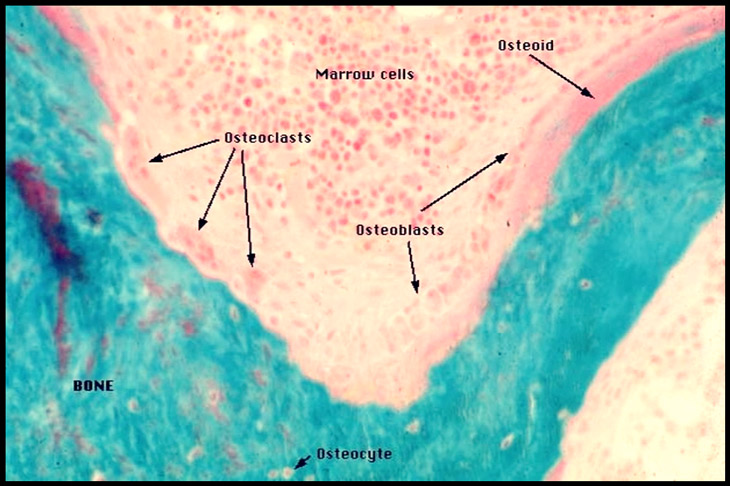 Normally, osteoclasts and osteoblasts work together at the same rate so that your bones stay a constant size. Osteoclasts are continually breaking down bones so that some of the nutrients can be moved to other areas of your body when needed. For example, calcium is a major component of your bones, but it’s used in a lot of other places too, like in blood clotting or muscle contraction.

Osteoblasts are always working, too, but they can be stimulated to produce even more bone if you exercise and participate in weight-bearing activities. That way, your bones will always be just strong enough for the activity you do. A grandmother doesn’t need the same amount of bone mass as an Olympic weightlifter!

Sometimes these two processes get thrown out of whack. If the osteoclasts work too much, or the osteoblasts work too little, an imbalance will result. You can end up with too much bone, such as with Paget’s disease, or too little bone, such as with osteoporosis. Osteoporosis is far more common, especially among elderly people, but most young people will never have to worry about imbalances in bone growth—as long as they stay on Earth.

In space, though, things work differently. Astronauts float around and have to do almost no weight-bearing activity at all, thanks to the microgravity environment. When this happens, the osteoclasts still keep chugging away and removing bone structure, but the osteoblasts don’t catch up to them anymore.

Bone loss begins slowly, over the first few days, and speeds up until it hits a peak several months into the space flight. The blood calcium levels of the astronaut start to climb as excess calcium is released into the bloodstream by osteoclasts, causing a whole host of other problems. While in space, the astronauts will actually lose as much bone mass in one month as elderly people on Earth will lose in one year! Some long-term astronauts have lost as much as 20% of their bone mass in some long bones while in space.

As far as scientists know, this process of bone loss in space continues indefinitely, i.e., theoretically, an astronaut’s bones could dissolve to nothing, if they stay in space long enough. This is why it’s so important for scientists to figure out how to stop bone loss. We don’t want to turn into gelatinous puddles!

Scientists are fairly certain that bone loss in astronauts is partially due to the lack of weight-bearing activity in space. There are probably a lot of other things at play too, but we just don’t fully understand them yet. It’s just too expensive, and there haven’t been enough studies done in space to find out. Regardless, scientists are already taking steps to limit bone loss in space.

One of the biggest things that astronauts do now is to physically strap themselves down and lift weights, just like they would on Earth. It’s had some success, but it doesn’t prevent all bone loss; scientists are still working hard to find new and better solutions.

Regardless of how it’s done, it’s still a big problem that will have to be solved for certain if we’re ever to live permanently in space!