Fish and school buses have few things in common, and that’s a fact. But, measure a standard school bus against a mature whale shark, and you might be surprised at the closeness of the contest. With confirmed lengths of over 12 meters and unconfirmed lengths of over 17 meters, whale sharks are indisputably impressive in size, and they are second to none in the category of World’s Biggest Fish. 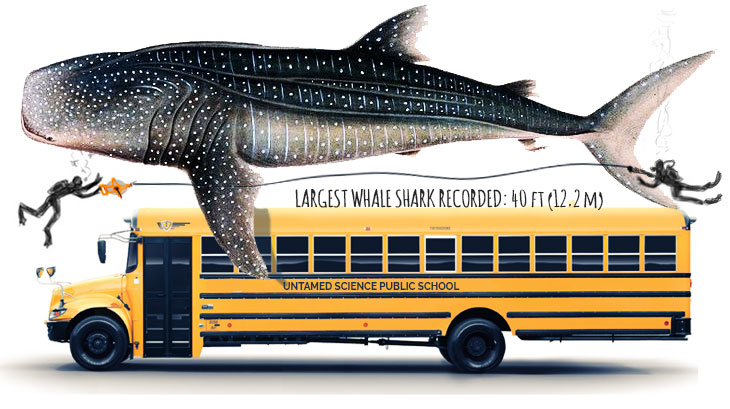 To be clear, whale sharks are not whales but are sharks. And sharks, for the record, are fish. Sharks, rays, skates, and large-eyed creatures called chimaeras belong to a group of fish with a name that’s much easier to pronounce than it looks: Chondrichthyes (Con-drick-these). This class of fish have skeletons made from cartilage instead of bones. And some of them, as we’ve already heard, can grow to be XXXL.

Sharing not only their name and dimensions but their method of feeding with whales, whale sharks are big consumers of small prey. Their wide mouths take in large quantities of water and planktonic critters, like krill, sea jellies and crab larvae, and their gill rakers sieve these goodies for eating. And the purpose of a whale shark’s roughly 3,000 tiny teeth? Take your best guess because no one really knows. 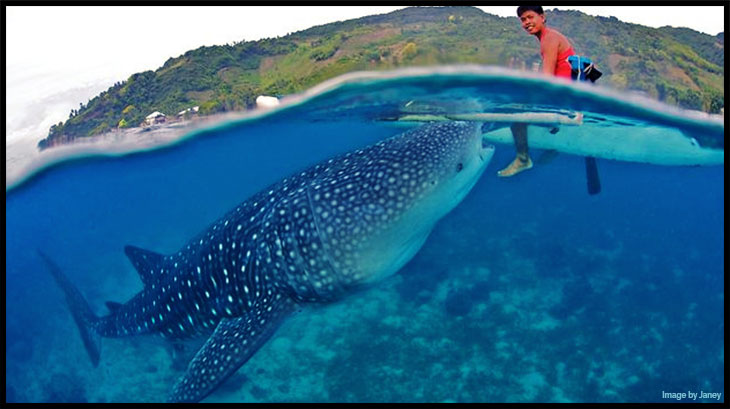 Where do whale sharks live?

What is well known is that whale sharks live in all of the world’s tropical and warm temperate seas and prefer surface water temperatures of 21 to 25 degrees Celsius. They are migratory, with individuals swimming thousands of kilometers to places where food “pulses,” like mass coral spawning events, at the same time every year. You’ll find no couch-potato habits among whale sharks, despite their size.

From Baby to Adult Whale Shark

Of course, it takes many years and many more tons of plankton to transform a baby whale shark into a big one. Born live to mothers who are known to carry up to 300 pups at once, whale sharks are just 40 to 60 centimeters long at birth, and have a very fast growth rate when young. By age 30 they’re about nine meters long and ready to make babies of their own. “Elderly” whale sharks are thought to be able to keep cruising the warm seas of the world until they’re 100 years old.

Not that anyone really knows that either. In fact, the list of things not known about whale sharks is about as long as a whale shark (a big one). Scientists have yet to discover loads about basic whale shark biology, ecology, breeding, migration, and worldwide population size. The more they learn, the better able to protect this vulnerable species they’ll be. So here’s hoping science soon finds answers to questions of every size about the world’s most gentle, school-bus-sized fish. 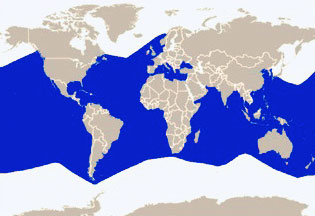