I wanted to offer a few suggestions when it comes to smoke grenade photography. Because we make videos, I think a quick glance at this video will get you up to speed the quickest.

For all of the information that I couldn’t fit in the video, I included it here in the rest of this article.

The location of your smoke photography is important. However, I don’t think you necessarily need an epic backdrop if you’re going to smoke up your background. If you’re going to use the smoke as an addition to your shot, you’ll still need a great setting. Here are a couple major things to consider: 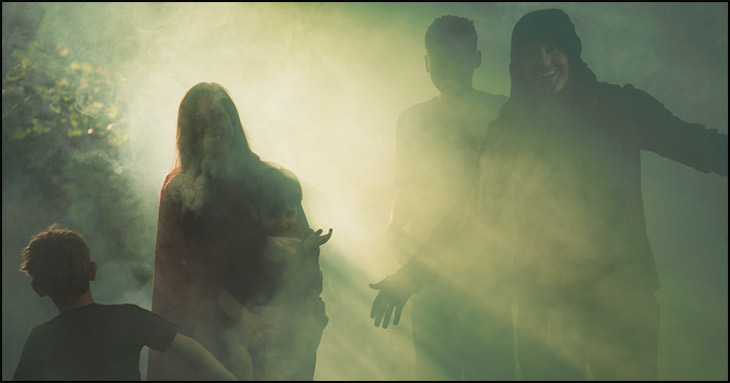 The strobes will help light up the subject’s face. If you’re shooting in bright daylight, your strobes will probably have to be extremely bright. Serge was using the Flashpoint strobes at about a 45 degree angle to the subject and in-front of them.

We made sure to mostly look into the strobe as this gave the best shadows. 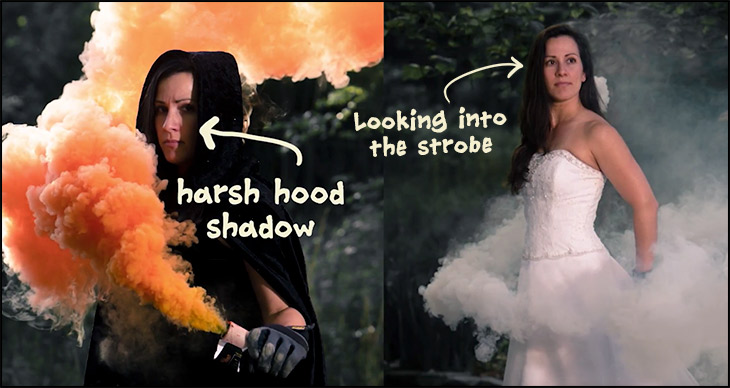 Without the sun as a backlight, we used a secondary strobe to provide a backlight (see above video at 2:22 for that setup).

A Detailed Look at the Flashpoint Strobe

Serge gave me a full explanation as to why this strobe is amazing.

I can’t emphasize this enough – you need props. Here is an example of a shot I did with Mike, who was dressed up in his world war II outfit. The smoke really adds an element to an already cool shot. 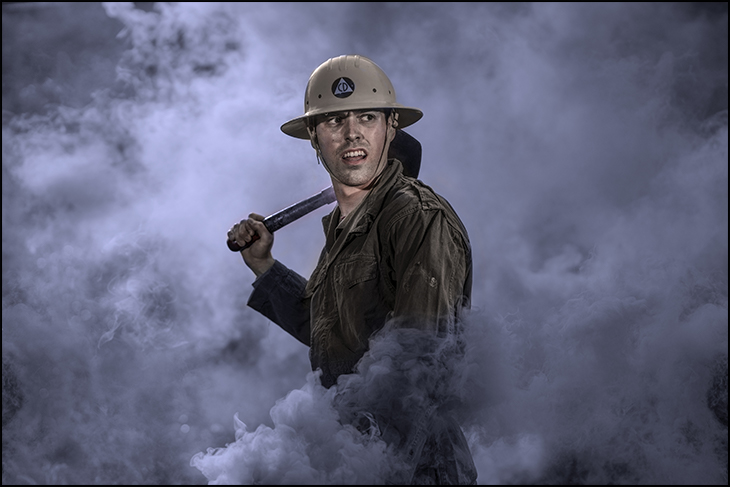 If you’re using the smoke as the main ingredient, it might not work out that well. Here is the soviet style gas mask I purchased on amazon. Can’t recommend it enough. 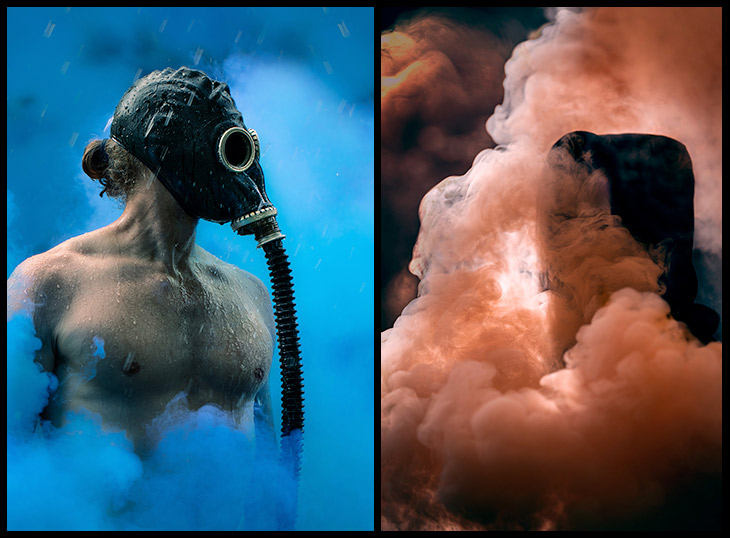 Haley shows what makes for some great smoke movement.

Getting Creative in Photoshop

The great thing about shooting with smoke is that you can play a lot with the colors and intensity in photoshop. Take this flat shot from the original and then my subsequent post-processing on it. 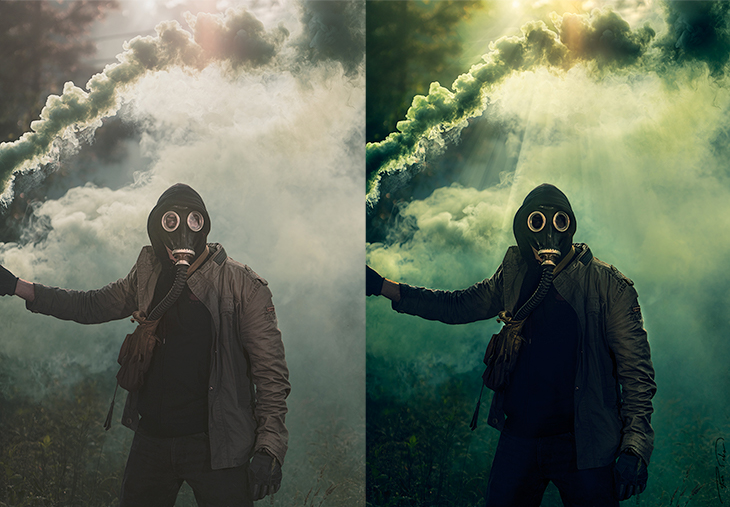 We bought our smoke grenades off ebay, but found that the ones from enola gay are fantastic. You’ll probably pay anywhere from 8-10 dollars for each, depending where you get them. The best way is to do a search for “smoke grenades enola gay” or “wire pull smoke grenades.”

While we have yet to do this, it is totally possible. In fact, here is a great video showing how you might do it.

Smoke is not good to breathe

I leaned this lesson in two ways. First, I put my kids in a photograph and thought it’d be a good idea to get them in a smokey background. It didn’t turn out well. Secondly, I wore a gas mask without the actual filter attached. That meant all the smoke sucked up into my mask, making it really hard to breath and see! 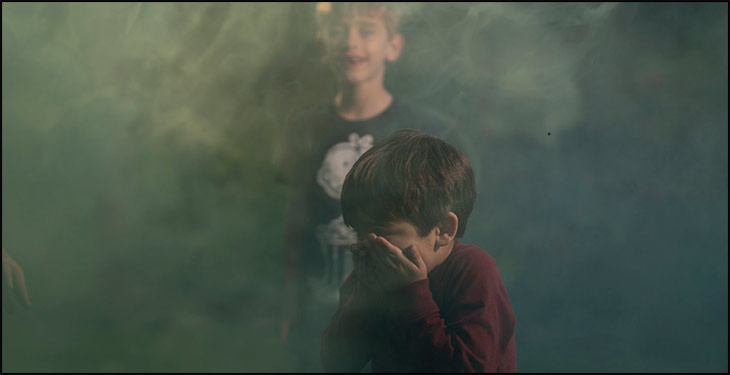 The ignition can be dangerous

I’m not exactly sure what the mechanism is for these pull grenades, but it sends off a spark that if it would have hit someone in the eye, would have been really bad!

The smoke grenade gets hot

I found that holding the very end of the smoke grenade was ok, even without gloves. However, the other end gets very hot! That means you should make sure the talent knows not to touch that end to any clothing or to themselves.

Haley happened to wear her wedding dress to make one of these photos. The photo itself turned out great, but we managed to permanently stain the dress.

Learn more about the photographers