Did Yellowstone wolves really save the park’s ecosystem?

Everyone’s heard the story that bringing back wolves to the Yellowstone ecosystem suddenly returned it to normal, but did you know that claim may be only partially true? To see both sides of the story, let’s look at one of the most successful wolf reintroduction programs in history, at Yellowstone National Park.

What happened to Yellowstone when wolves were gone?

Wolves were officially declared extinct in the park by 1926. This set off a chain of ecological events known as a trophic cascade – when one tiny change in an ecosystem ripples out and causes many other effects.

After the wolves were gone, the bears and coyotes that were left weren’t able to kill as many elk as the wolves had done. Soon, the elk population skyrocketed, and they devastated the ecosystem by eating too much young, tender willow and aspen trees. Once those trees were gone, a whole host of other animals left: birds, beaver, and fish that lived in the beaver ponds.

The beaver dams broke and allowed water to flow through too fast to soak up in the surrounding landscape. The land converted to grasslands and dry shrub-lands. Compared to its former glory, it was now a barren wasteland. 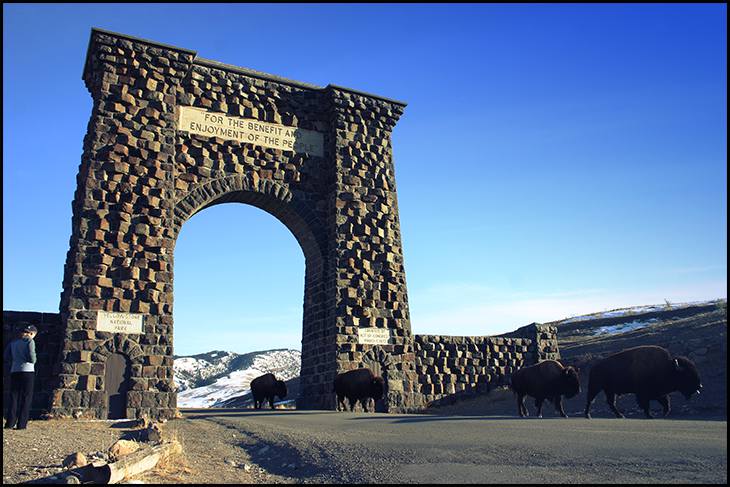 What happened when the wolves returned?

After the successful reintroduction of the wolves, beginning in 1995, it seemed like the landscape changed and did a complete 180 from where it had been heading. More wolves meant less elk, and the elk that survived spent less time eating because they were keeping an eye out for wolves. The surviving trees weren’t being eaten as much, so they started to grow taller and to spread.

As the trees grew taller, birds returned to nest in them. Finally, the beaver came back as well, and started building dams that drew fish and even more water and trees back to the area.

It seemed like just the simple act of adding in one key species—wolves—allowed the system to return to normal.

This is the story that became popular in the years right after the wolf release. Unfortunately, things aren’t often what they appear to be, and the Yellowstone wolf reintroduction story is no exception.

Ecology is a field of science that studies relationships among all the different things in an environment. In the case of the wolf reintroduction, it’s impossible to say with total certainty that the wolves were the only reason that the Yellowstone ecosystem recovered. And even more surprising, it seems like parts of Yellowstone may have even not recovered at all!

There are countless other factors that could have acted together to cause the response seen in Yellowstone. Yellowstone has been in and out of big drought cycles for years, wreaking havoc with both the plants and the animals that eat them. Bear predation on elk has also increased in recent years, meaning that the wolves alone aren’t causing the elk decline. These are only a couple of many explanations that could have affected elk numbers and the subsequent recovery.

Additionally, some areas of the park seem to have not recovered at all and still look like a pre-wolf ecosystem, with dry former wetlands, fast-flowing creeks, and low biodiversity. Scientists were trying to wrap their head around why these areas weren’t responding, and they decided to create an experiment to test some different explanations.

The experiment had three scenarios: first, they had a control stream to measure willow growth as it was already occurring. Second, they had an elk exclosure to keep elk from eating willows along a stream. Finally, they had an elk exclosure and made some simulated beaver dams. The results were startling: keeping elk out of an area alone had no effect on willow growth. You needed a combination of less elk and more water from beaver dams to bring the ecosystem back to normal. Without both, it wouldn’t work.

Did wolf reintroduction really save the ecosystem?

It might seem like scientists are just nit-picking details at this point, but as Arthur Middleton, a former Yellowstone ecologist pointed out in a New York Times article, “We now know that elk are tougher, and Yellowstone more complex, than we gave them credit for. By retelling the same old story about Yellowstone wolves, we distract attention from bigger problems, mislead ourselves about the true challenges of managing ecosystems, and add to the mythology surrounding wolves at the expense of scientific understanding.”

You may also be interested in learning about reintroduction efforts of the red wolf. Read more here.