Vampire Deer: Why Some Deer Have Fangs
MENU Skip to content

Vampire Deer: Why Some Deer Have Fangs

Everyone knows that a deer’s most recognizable feature is its antlers, with many prongs branching skyward to create a regal crown. But did you know that some deer come equipped with honest-to-goodness, real-life fangs? Musk and water deer, commonly lumped together as “fanged” or “vampire” deer, have long, sharp canine teeth that even jut out past the lower jaw! 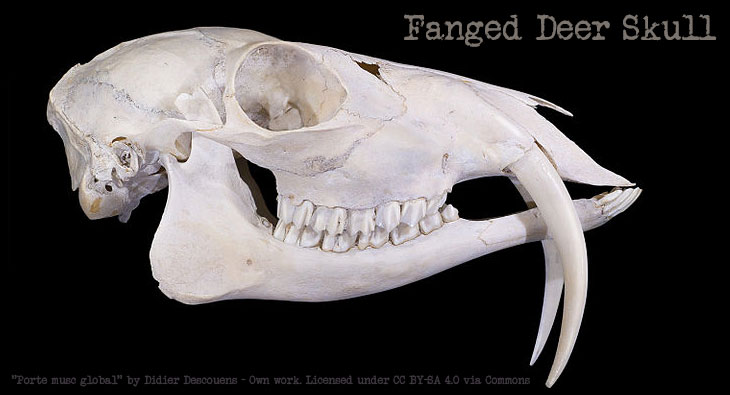 Although you might imagine these fanged deer running around at night trying to find and stalk unsuspecting victims, the truth is a little more reassuring. Like antlers in other deer, deer fangs are mostly used as weapons by competing males vying for territories and access to breeding females.

Most of these deer are also very tiny and only grow to about two to three feet high. This makes them a bit of a comical sight: they may look vicious in pictures, but their size is pretty underwhelming in person.

Why don’t larger deer come equipped with fangs? The answer lies in the distant past. When deer were first evolving, they were tiny creatures that had both fangs and antlers; it was actually their default mode. In fact, they looked pretty much like the fanged deer of today. These guys haven’t changed much through the course of history. 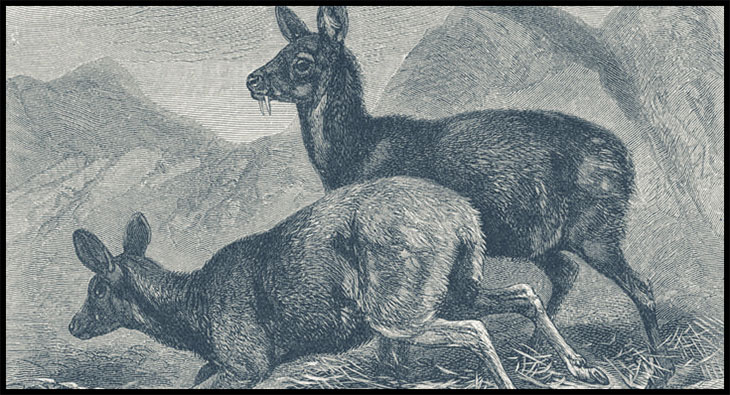 Big deer, on the other hand, went a different route. As they grew larger, they lost their fangs and began to grow larger and larger antlers, until we arrived at the iconic deer species that we see today like moose, caribou, and elk.

Although fanged deer are quite awesome, most of them are actually pretty secretive and you’re not likely to see them in the open very much. This is probably a good thing, too, because most of the remaining species of fanged deer left in the world are now endangered due to poaching and habitat loss.

Musk deer in particular are heavily targeted by poachers for their musk glands, which are used in perfume and traditional Asian medicine. Musk is so valuable that it’s worth several times its own weight in gold – big money for a potential poacher. But at the rates that these animals are being killed it’s not a sustainable business.

Despite most fanged deer being endangered, one area where they’re doing really well is Great Britain, where a few species of fanged deer escaped from zoos or were introduced in the wild by some well-meaning (but ill-informed) people many years ago. 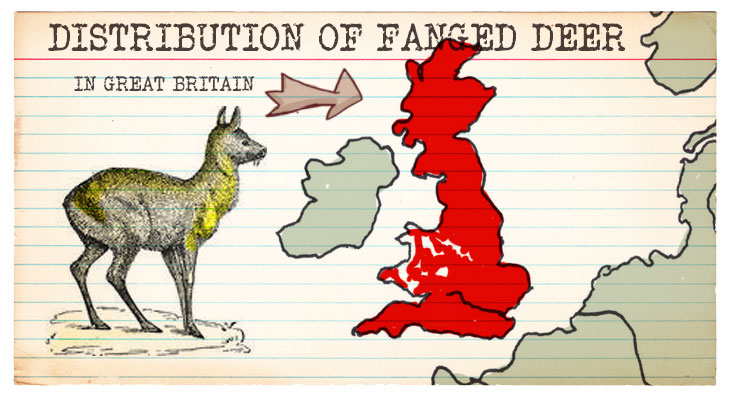 Thanks to plentiful plants, no natural predators, and a fast reproductive rate, these deer are now taking over the island! There are so many deer now that they are considered a pest because they cause a ton of damage to gardens and natural areas, not to mention thousands of car accidents per year.

Despite the varied success of fanged deer in the different areas of the world, one thing is certain: fanged deer are unique and are worth preserving. The next time you see a full-size deer, just imagine it with fangs!