Things looked a lot different back in the Pleistocene Epoch, some 12,000 years ago. Saber-toothed tigers, giant ground sloths, and dire wolves all roamed the world, along with three subspecies of horse: modern horses (Equus ferus caballus), tarpans (E. f. ferus), and the Przewalski’s horse (pronounced “shev-ahl-skee”; E. f. przewalskii). Gradually, these three subspecies either died out or were domesticated, except for one: the Przewalski’s horse. To this day, it’s the last remaining truly wild horse.

How are Przewalski’s horses different from other horses?

Technically speaking, Przewalski’s horses are the same species as the domestic horses you see around you all the time. This means the two are still closely enough related that they can interbreed and produce offspring, but there are still differences between them. One of the most notable is that Przewalski’s horses have 66 chromosomes, while domestic horses have only 64.

How are Przewalski’s horses similar to other horses?

While Przewalski’s horses don’t live in stables and carry people around all day, they are similar to domestic horses that have turned feral (i.e., gone back to living in the wild after being domesticated) in places like the United States and Australia.

They eat grasses, forbs (soft flowering plants like dandelions and forget-me-nots), and other plants, and they aren’t as picky as other animals about what they can eat. They’re sort of like the garbage disposals of the herbivore world—they can process almost anything. As a result, they can live in a lot of weird places where other animals wouldn’t be able to survive—everywhere from deserts to thickly wooded forests in Europe and Asia.

Przewalski’s horses, just like domestic horses (and people!), are also very social animals. They live in family groups called harems with several females and their foals, along with a dominant male. There’s not enough room for more male horses in the group, so after they’re old enough, they branch off and form their own bachelor groups and wait for a good opportunity to seize control of a harem from another dominant male.

What happened to the Przewalski’s horse?

Przewalski’s horses have been victims of the same forces that have been causing many other species to decline over the past couple of hundred years: overhunting, habitat loss, and competition with people and livestock. Gradually, they were pushed out of the best areas until all that remained of their populations were a few small groups of horses living in the desert.

While Przewalski’s horses are perfectly capable of surviving in the desert, they never really thrived there—at least not enough to build their numbers back up to their former glory. Gradually, their numbers dwindled until the last wild Przewalski’s horse was seen in the Gobi Desert of Mongolia in 1969. Things looked pretty dire for the species; it looked like they were about to go extinct, much like the Tasmanian tiger or dinosaurs.

How did the Przewalski’s horse come back?

Luckily for the Przewalski’s horse, there were still a few remaining members of their species left in zoos around the world. People began breeding them, but not very well: because there were so few animals left, they were all very inbred, and a fifth of all captive-born foals died.

A studbook on its own doesn’t seem like it would have a big impact. But what it allowed people to do for the first time was breed the last remaining Przewalski’s horses in a more scientific manner. There weren’t many horses left to choose from (at one point there were a mere twelve horses left), and it was important to breed them to minimize inbreeding as much as possible.

Scientists have also gotten pretty creative at improvising other ways to allow more horses to breed. For example, in 2007, a group of scientists (including a human urologist) pioneered a new type of surgery to reverse a vasectomy on a genetically important male Przewalski’s horse named Minnesota. In 2013, scientists again made history—this time by producing the first Przewalski’s horse ever born through artificial insemination (check out this cool video about the horse).

The result of all of this zoo breeding is a bunch of surplus horses that are being released back into the wild in places like Mongolia, China, and even the Chernobyl Exclusion Area (Untamed Science’s own Rob Nelson even went there to see them!).

Although the wild populations are definitely larger than they once were (after all, zero wild horses is an easy target to beat), they are still very fragile and will require a lot of work now and well into the future if they are ever to persist on their own again. By 2014, there were 1,988 live animals (captive and wild) officially recorded in the Przewalski’s studbook. Who knows—maybe even you can help keep wild populations of Przewalski’s horses alive in the future! 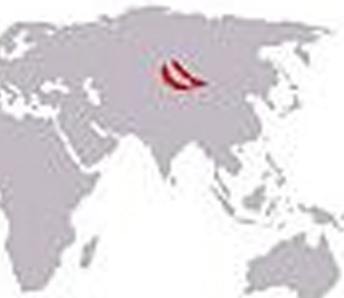