The Biology of Zombies - Untamed Science
MENU Skip to content

The Biology of Zombies : The REAL Legend

Zombies. What does that term mean to you? Chances are you think about something from Hollywood. I actually thought that’s all there was to this Halloween character. I was wrong.

Zombies have a true biological basis to them. The stories as we know them have their origin in the country of Haiti. This small Carribean country is famed as being one of the only places where the African slaves revolted and kicked out the Europeans. After doing that, their African tribal culture took over. Many say it’s now more African than Africa! It’s also the epicenter of Voodoo.

When you think of Voodoo, think witch doctors. In fact, witch doctors are integral to the culture in Haiti and help create order. People are in constant fear there that the witch doctors may turn them into a zombie. They’re particularly susceptible if they’ve done something bad. Thus, the threat of zombification may keep some order.

Hogwash, you might say; it’s just crazy voodoo beliefs that have no basis. That’s what I thought until I read about a man named Clarvius Narcisse.

In 1980, the world got the first real proof that zombies existed. Clarvius, walked into a hospital one day claiming to be a zombie, and for the first time ever, there was proof that he was pronounced dead and buried. Turns out, it was at the same hospital he walked into. He even had a scar on his cheek from the nail they drove into his casket. He claimed that someone dug him up, beat him and drugged him for the last 18 years as he worked as a slave on a sugar cane field. So how did this happen?

To help solve this mystery, ethnobotanist Wade Davis immersed himself in the Haitian culture. After meeting with several witch doctors, he finally got his hands on a few “zombie potions.” To his surprise they all contained a similar toxin, known as tetrodotoxin. This came from the ground up remains of a pufferfish.

The story goes that a witch doctor would blow this potion onto a victim, and the toxin would start to take effect. It would drop the vital functions to such a low value that people would pronounce them dead, and they’d be quickly buried. Then, witch doctors would dig them out of the grave before they actually died. They’d beat them and make them work as slaves in a stupefied state the rest of their life.

The key to zombies though isn’t just the tetratotoxin; that just falsifies the death and helps give credence to the legends of zombies rising from the grave. In fact, a plant by the name of Datura, or the “zombie cucumber” (Datura stramonium) actually gives the stupefied state to the enslaved. Datura is a plant in the deadly nightshade family, related to mandrake and henbane (of werewolf legends).

The concoction I’ve just described though, isn’t a recipe for zombies. In fact, it’s not a good idea to replicate any of this. A dosage that is even a fraction too high would kill someone. In fact, it’s highly likely that 99 percent of witch doctor potions would kill someone. There are even a lot of critiques of Wade Davis that claim that none of the concoctions he presented could make a real zombie.

In the end, it might not really matter if this works in practice anymore. The zombie idea is so entrenched in the lore of the area and that might be all that matters. To Haitians, zombies are real. In the meantime, we can make them real in the movies. Just know that it all comes from what could be a very real biological basis. 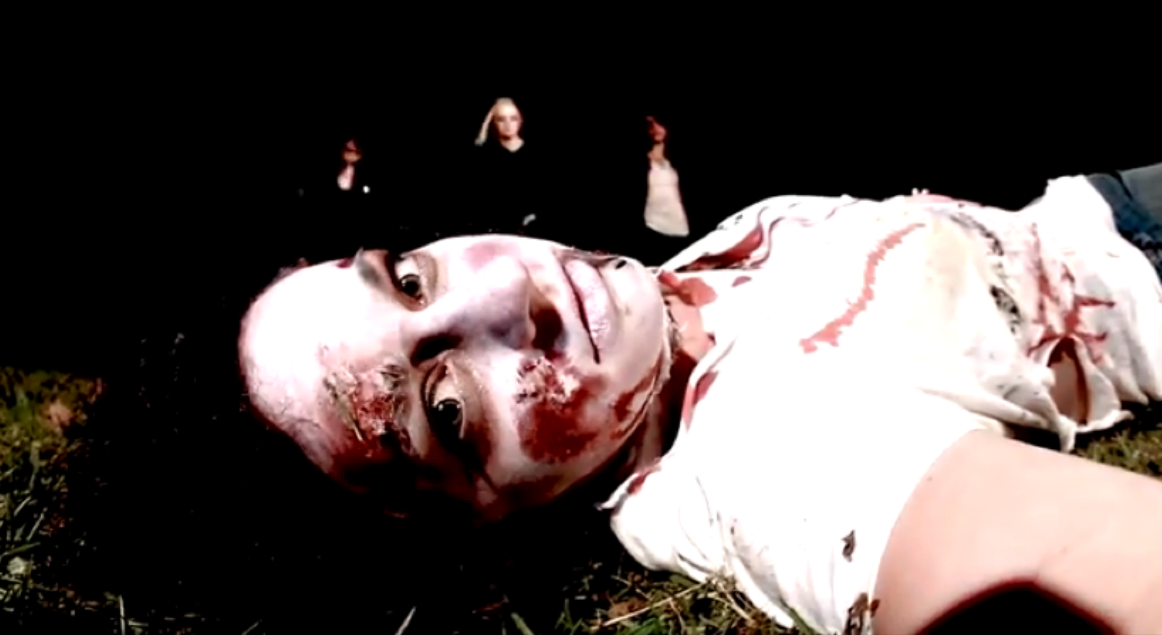 One thought on “The Biology of Zombies”