Major Groups of Microbes (not including fungi and microscopic animals)

Microorganisms are incredibly diverse and include bacteria, fungi, archaea, and protists, as well as some microscopic plants and animals such as plankton, and popularly-known animals such as the planarian and the amoeba. Many scientists would not include viruses and prions, which are often classified as non-living. Most microorganisms are single-celled, or unicellular, but some multicellular organisms are microscopic, while some unicellular protists, and some bacteria, including Thiomargarita namibiensis, are visible to the naked eye.

Microorganisms live in all parts of the biosphere where there is liquid water, including hot springs, on the ocean floor, high in the atmosphere, and deep inside rocks within the Earth’s crust.

Microorganisms are critical to nutrient recycling in ecosystems as they act as decomposers. As some microorganisms can fix nitrogen, they are a vital part of the nitrogen cycle. Recent studies indicate that airborne microbes may play a role in precipitation and weather.
Microbes are also exploited by people in biotechnology, both in traditional food and beverage preparation and in modern technologies based on genetic engineering. However, pathogenic microbes are harmful, since they invade and grow within other organisms, causing diseases that kill millions of people, other animals, and plants. 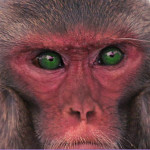