The White and Albino Squirrel Phenomenon + New US Maps!
MENU Skip to content

If you’re clicking here, chances are you’ve seen a white squirrel. You’re not alone. In fact, I currently curate the white and albino squirrel research in the US (as far as I know I’m the only one doing this). The best part is, we’re still doing this research and your spot can help answer some important questions! If you want to help, keep reading and check out this little video I made about them:

What is a White Squirrel?

White squirrels are almost always a white version of the eastern grey squirrel. There are a few types of genetic aberrations that cause the white coats. The first is albinism, caused by a mutation on a gene that codes for pigmentation. Albinos have red eyes. The other is a white morph, caused by a different gene. It is a naturally occurring trait of eastern grey squirrels that is very, very rare. In our study, we’re trying to figure out just how rare.

Why are there white squirrels?

For some odd reason, eastern grey squirrels in the US do have a gene that will make their coats white. It’s somewhat rare to see a white squirrel, though, because white squirrels are likely highly selected against. In other words, predators to squirrels such as hawks really like it when their prey is highlighted white!

There are a few towns in the US, though, that have very high numbers of white squirrels. This could be for a few reasons. First, predators in towns tend to be low. This cancels out the negative selection against the white morph. Sometimes in towns, a few neighbors will also select against the normal coloration of eastern grey squirrel. Yes, that happens. After a few generations, all you get are whites, and they can spread to the rest of the town! Fascinating!

Other Places with lots of reports 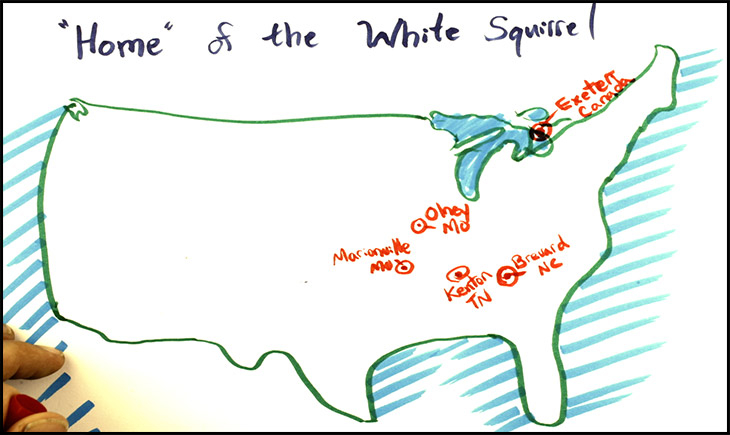 I get lots of emails from people telling me what they’ve found. I want to hear from you too! If you’ve seen one please fill out this short report. Let me know if it was an albino or a white morph (albinos have red eyes). Also, give me very specific location information. We’re trying to map them and look at the abundance in urban and rural settings!

Where do you find White Squirrels? The latest map

The following map represents nearly 700 accounts that I’ve received over the last 3 years from people sending me email reports (thank you). I think you’ll find it extremely interesting. Even if your area is on the map, you should still send me an account! 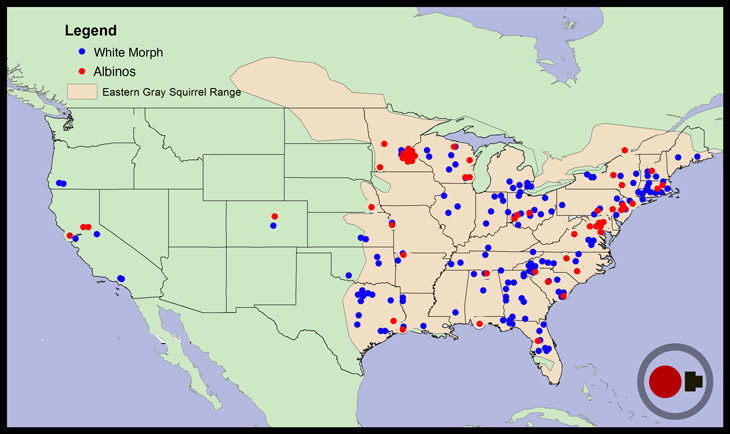 How Can I Tell a White Morph from an Albino White Squirrel?

This is a great question and has a pretty simple answer. Albinism manifests as a lack of pigment in the eyes and skin of squirrels. That means you’re looking for squirrels with red eyes. Sometimes it’s hard to see from a distance, so look hard! I’m really interested in getting good reports that can distinguish the two (but no matter what, let me know what you saw).

So, after a good field season, I can offer a few interesting findings. Understand that results such as abundance should be seen mostly as an estimation and may be given as a range. The reason for this is that I find many people have a hard time distinguishing a white morph and an albino. Because of this, I use my best guess from the photos or accounts.

Here is what I found. First, about 70 to 80 percent of the findings tend to be white morphs. The rest are albinos. Almost all of the reports I’ve received are Eastern Grey Squirrels. I think the genes are present mostly in this species. However, I have also received a handful of reports of fox squirrel morphs, all of which I’ve confirmed with photos. These fox squirrels are generally not completely white but more of a blonde color.  I discovered that the eastern grey squirrel has been introduced into California and South Africa because of white squirrel reports in those two areas. The reports in Colorado also seem to be an extension of the white squirrel range. 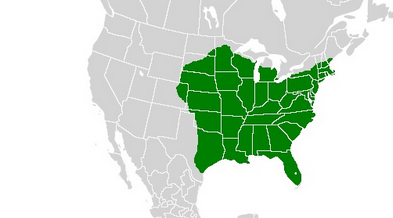