The single most important tip for science filmmakers

I know you’re thinking this is a pretty bold title. I mean “THE” most important thing? There are so many things that make the filmmaker, how could we narrow it down to one as the most important!

If you’re an up and coming science filmmaker or you’re already working in the industry there is one thing that you need to do all the time. And no, it has nothing to do with keeping up with the latest gear, going to film festivals or even marketing yourself online. In fact, it doesn’t even matter what role you play in the industry – from researcher, to camera operator, to producer. It’s something you can do well early on, and let it carry you far into your carrier but you’ll never be able to completely give up working on it. It’s all about building your reputation.

Let’s face it, science and natural history filmmakers make up a pretty small niche in the world. There are not many of us that dedicate our lives to making films about science and the world around us. What that means is that you’re going to build a reputation in the industry and (let’s be honest) you want it to be good.

Before we go on though, know that your reputation isn’t entirely about how good of a film you can make. While that’s part of it, few of us can make a living sitting solo in a blind in Africa filming wildlife all day. That means we’re working on a day to day basis with lots of other co-workers and sometimes more importantly clients willing to pay us for what we do. That’s why I’m skipping the act of making good films as part of “building your reputation.” That’s a given, but it’s only part of it.

Make sure the glass is always half full!

When you’re on location shooting a documentary, you’re living in pretty tight quarters with a small number of people. Nobody likes a downer, and boy, can it really bring everyone down if you have someone that constantly complains. Maybe they’re complaining that the equipment supplied is sub-par or that the light just isn’t good at the moment. Maybe it’s something we can fix but often it’s just complaining to complain. I’m here to tell you as someone who hires crews to go on location with me, that I hate that. We’re all in this together and if you complain on a shoot, in the end it makes me feel terrible. And since I’m the one hiring, I’m not going to hire you again.

That’s why I suggest always coming into a shoot with a positive attitude. If it’s easier, think that your job is to make the next guy’s job easier. Always encourage your fellow crew members and be positive.

This advice goes for editors too. If you’re an editor and you complain to the producer that they did a terrible job with the audio or the white balance you are being a downer. Chances are the field crew was doing the best they could in the moment. Your job is to make us all feel better in the edit and if you do so in a happy manner, we’re all going to want to work with you again! 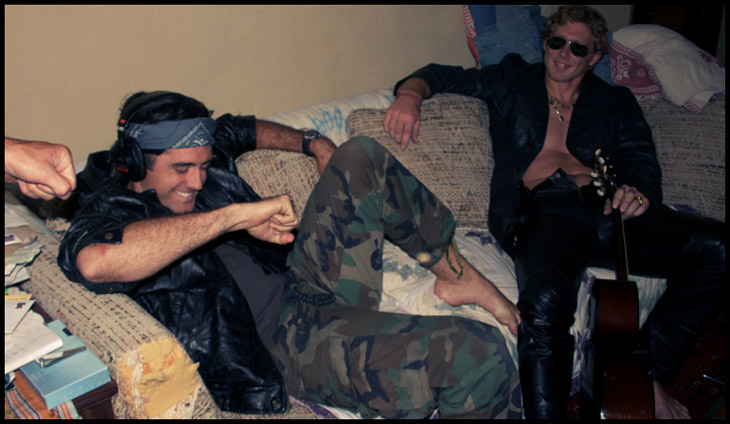 Know that how you present yourself is very important to your reputation. I put this little picture in because it explains my point well. We were on location at Hazen’s house when he said he was going to bring a girl back to meet the crew. Of course, I thought it’d be funny to give a really bad first impression – as a joke of course. So Jonas and I pulled out a few choice items from our prop closet. Unfortunately I couldn’t hold character. But, if you’re on a set, your character is partly determined by how you present yourself.

The reason this is important is that we tend to all work with clients from time to time – the ones paying the bills. The clients work with the producer – in many cases that’s my role. In turn, I hire the crew. I want everyone on our crew to give a good impression when the clients are out watching what goes on. While I don’t want everyone to dress up all the time, the better you present to the clients, the better it makes me look, and the more likely I’m going to hire you again. 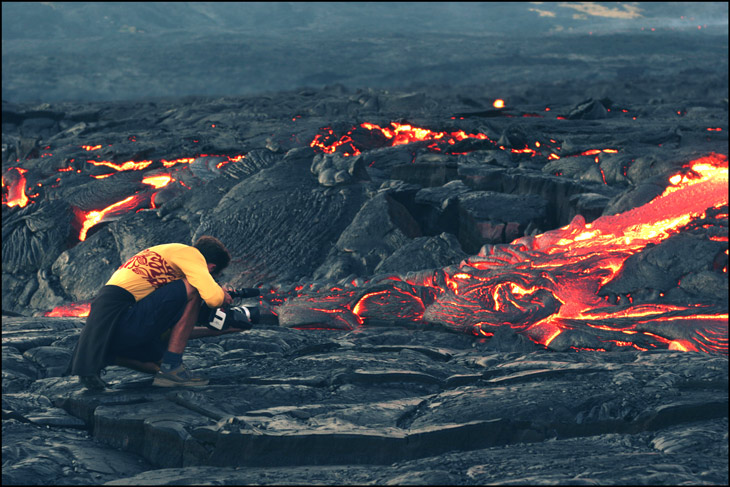 The least of your worries is anticipating the flow of lava, but I use this picture we took because it does help me explain this better. That’s me in the picture by the way. Filming a lava flow is a lot like working on location with a crew. The lava isn’t a fast beast. It moves slowly. You can look at the entire flow and set yourself up for shots. However, you need to look at the entire flow from time to time and make darn sure you’re not getting surrounded and trapped by the lava.

In the real world, you need to anticipate the needs of others and be the lending hand that makes everyone really enjoy that you’re there. You can anticipate what notes the client is going to have in the edit when you deliver the film. Make the changes before they have to suggest them. You can anticipate the batteries the cameraman is going to need and hand it to him before he even asks. In the end, the more you anticipate and solve little problems, the less problems there will be and everyone will be pretty happy. 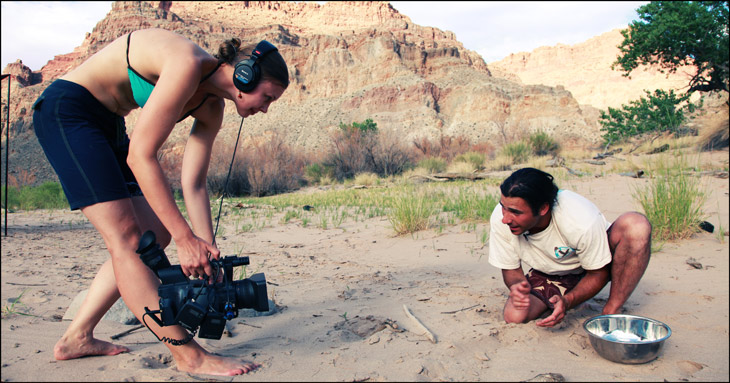 Chances are we’ve all hung out with people who like to tell you how terrible their last job was. Now I’m not talking about telling funny stories from shoots. I’m talking about those that like to complain about how terrible X, Y, or Z was on the last production. The problem I see here is that when I hear these diatribes, I can only imagine that they’ll be talking about this current shoot in the same way. This is especially the case if they never have anything good to say about past shoots. I hate the idea that people are talking badly behind other’s backs and this fits into that category. While you could feel that this sort of talk is a good way to build you up, it really only cuts away at your positive reputation.

Have a Great Work Ethic

This may go without saying but show up early, work hard and just have a great work ethic. People tend to get frustrated on a shoot if they think they’re doing more work than others. The best way to solve that is to put in just as much work as everyone else. Your colleagues will see it and feel that you’re respecting them too!

Take Critics of Your Films Graciously

I add this in there because we’re all the business of making short videos. It’s a great thing to ask your peers what others think of your films. While it’s great to get compliments, it’s really the best for you if you get honest feedback. Yet, the only way you can get good, honest feedback is if you graciously accept what others tell you. Don’t instantly get offensive and explain everything.

One of the more annoying things I’ve encountered is when I’m asked to look at someones film and give some constructive criticism only to be greeted with angst. I’m trying to help by giving some feedback. I’ve been doing this a long time after all. The best thing you can do if you’re recieving the feedback is to thank the person for taking the time to look at your film and tell them that all of your comments are noted and appreciated.

If it’s your film, you’re looking for general trends in the feedback. Just don’t burn the peers that are so graciously looking at your clips. The same advice goes for Youtube. Take the comments with a grain of salt, but realize that if a majority of people say you’re an idiot, make the next film less idiotic. 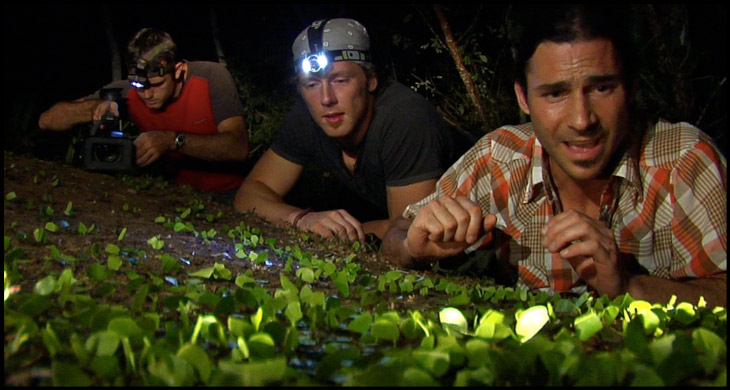 So there you have it, a few tips on building a good reputation. I know there are lot more things that can help you out in this industry, but this is one of the most important things I can think of. For the rest of the advice, maybe you can just turn to our new book – coming out this fall!

We have a new book – Making Science Films!