Hellbenders are the one of the largest aquatic salamanders in the United States and have a face that only a mother could love. Their heads are flat and circular, topped with eyes that seem too small for their bodies. At 12 – 16” in length, they far outsize what most imagine when the term salamander comes up. Although they are not aggressive, hellbenders do have a mouth full of tiny teeth. And the North Carolina Zoo’s Curator of Reptiles and Amphibians Dustin Smith thinks they’re awesome.

“The coolest thing about them is their bodies. They have this really flat head that they use to get under rocks. Then they have this rudder-like tail that helps propel them through these very fast-moving streams. They have these skin folds on their sides that help them absorb oxygen,” says Smith. “They’re just a really cool species! We’re lucky enough to have them in North Carolina, the salamander capital of the world. We have more species of salamanders than anywhere else. They’re charismatic, especially if you look at their behavior.”

Silted Out of House and Home

Hellbenders favor fast-moving streams with plenty of clear water and large rocks for shelter and nesting. Smith says that many rivers are degrading because they’re near very busy roads, causing problems with runoff from the roads or nearby agriculture fields. As soon as silt begins to accumulate in the streams, the hellbenders can’t use them anymore. “They’re getting pushed out of their homes by silt.” He cites a recent study that shows that in some areas as much as 50% of the hellbender population has disappeared.

“Hellbenders are part of the largest variety of salamanders in the world and can be two feet long. In Asia, there are some that are over four feet long. They’re massive, and people think they’re very, very impressive. Sadly, hellbenders been persecuted because people think they’re toxic or demonic or things like that. Anything we can do to teach people about them is something I’m very interested in.” 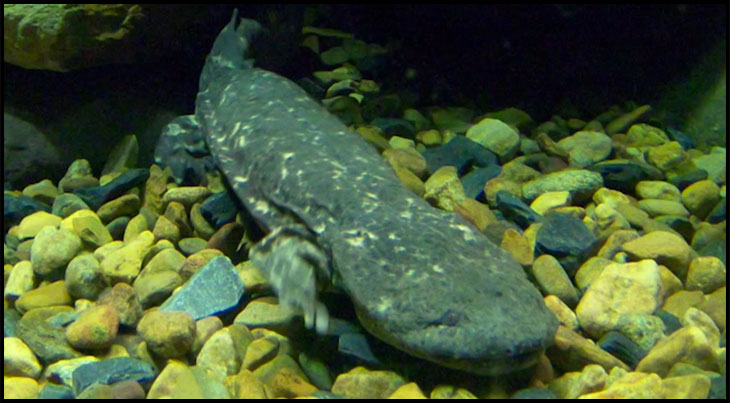 Hellbender Box: from the Zoo Made for Two

Dustin Smith and Untamed Science’s Haley Chamberlain Nelson are talking near a stream. They’re both in waders and in front of them is what looks like a dinosaur egg molded from cement. The object is actually a nest box, and it’s about to be deployed in the stream as part of the Zoo’s effort to learn more about the hellbender. 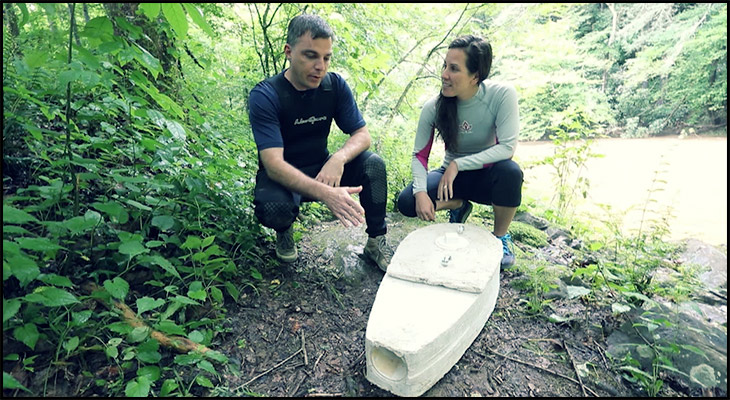 “Although we’re looking at a lot of different tools in our conservation toolbox, this is the first one that we’re attempting, because it’s fairly easy to place these boxes in streams,” says Smith. “We’re assuming it will take them one to two years to start using them.” The boxes, each weighing in at a hefty 100 pounds, will be partially buried in substrate with rocks placed on top of them. There is a PVC pipe protruding at one end that forms the entrance to the box and will face downstream, both to resemble the real hellbender habitat and to prevent the entrance from silting up.

At the top of the box, scientists have installed a cap that can screw off, allowing them a look at the activity inside while causing a minimal amount of disturbance. Even with their substantial weight, Smith says heavy storms will still sometimes dislodge them. “We’re hoping to get better at predicting the ideal habitat design.”

“We’ll measure them, weigh, and sex them. That’s how we know whether the population is growing;, and we also look for juveniles. There are lots of different components to it.” 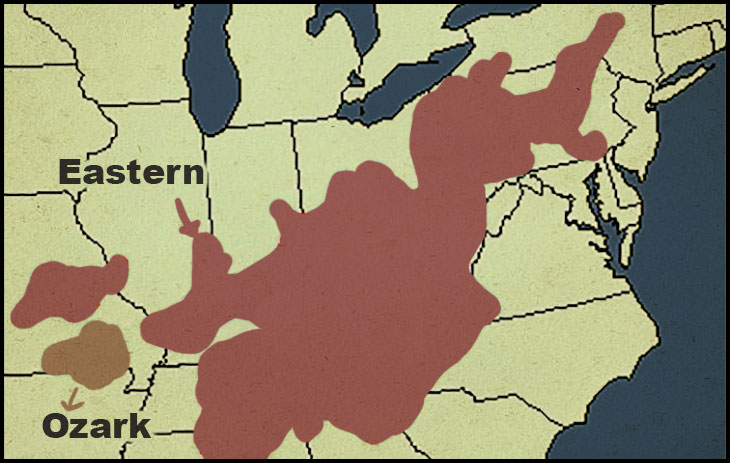 Protecting the health of the hellbender habitat is also going to protect a whole host of other animals, says Smith. The salamanders feed on crayfish, shiners, macroinvertebrates, and even trout. If a given area is a productive hellbender habitat, that means the region must be healthy enough to sustain its prey as well. Thus, the water is healthy and the system is balanced.

Smith likens the search for ideal hellbender habitat to a treasure hunt. “When we’re searching for these, we’re snorkeling through streams like this one. You find that iconic rock, this big rock. No matter which state you’re in, you just see that one rock, and think, ‘That’s the ideal rock.’ When you look underneath, or you lift the rock and you find a hellbender, it’s like finding the pot of gold!”

Ultimately, Dustin Smith says much of the conservation responsibilities will fall to the local human population. “The people who live around the rivers are going to be the ones doing most of the work. They’re the ones who are saving water and saving the species for us to continue working with the hellbender.” 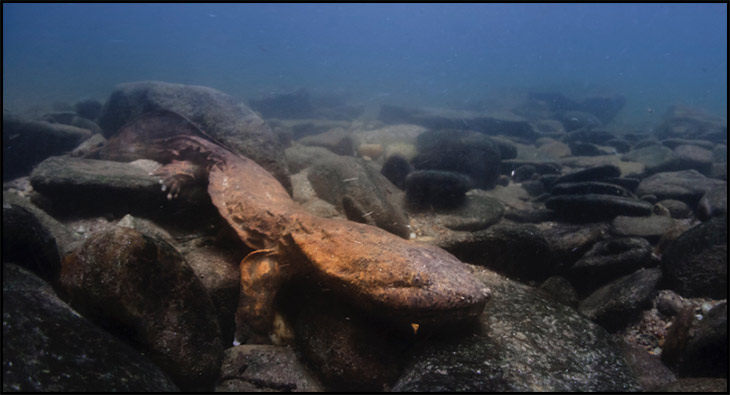 Size: 12 – 15”, though they may be as long as 29”. Another salamander species in Asia may be 48” long.
Age: Sexually mature at five to eight years old; life expectancy is 12 – 15 years, and up to roughly 30 years in captivity.
Range: Southwestern New York to Georgia and Alabama
Mating habits: Annually, and normally lay around 250 offspring. Parents have been known to eat their own fertilized eggs.
IUCN Status: Near threatened due to habitat loss.
Fun fact: No one is sure how they got their name, but one theory is that fishermen named them hellbenders because they look “like they crawled out of hell and are bent on going back.” They are also called “mud cats,” “devil dogs” and “snot otters” — named for the mucus they secrete through their skin when threatened. 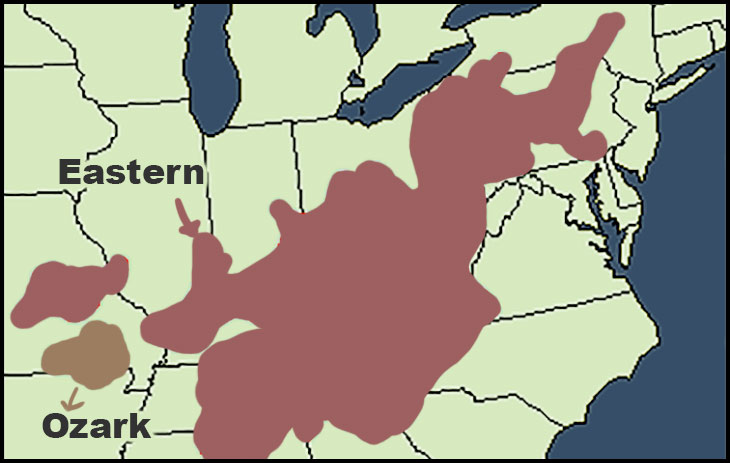