The red mangrove is one of the most common plants in mangrove forests around the world. It grows in nearly monotypic stands along the ocean-mudflat interface because relatively few plants can stand the salt water. Red mangroves have unique adaptations to exclude salt from their older leaves; they turn yellow and fall off!

Where is the Red Mangrove found?

The red mangrove is found along tropical and subtropical shorelines around the globe. It has recently colonized Hawaii (where it was not native) and is listed there as an invasive species. The following chart shows where mangrove forests are found. 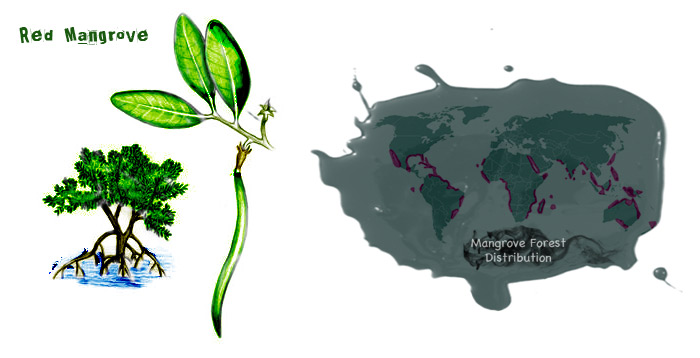 In the above drawing you can see the seeds of the red mangrove already germinated and growing a root. These can grow from six to twelve inches before they fall from the tree. This is a type of viviparous growth strategy and an adaptation for the wet habitat that the mangrove lives in.

After these small plants fall from the mangrove tree they can float out at sea for a relatively long time. For a majority of the time they may float horizontally. At some point they shift mass to stand vertically in the water. The roots extends to the substrate and they begin growing again.

Another great thing about the red mangrove is its ability to reclaim land. It can actually help land extend out into the ocean by disipating wave energy which allows sediment to accumulate in the mangrove swamps. In the photo below you can see the many prop roots of the red mangrove extending into the shallow substrate in Roatan, Honduras. 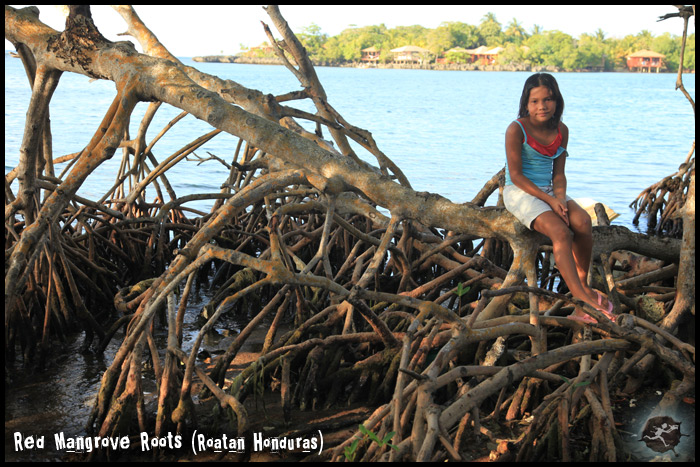 Mangroves as a Nursery

Red mangroves are great nursery grounds for young fish. In fact, they are so important that many fisheries have crashed when the mangroves were cut down!

The “Rhizophora” in the Open Directory Project – Great links to the best mangrove sources.
Red Mangrove Description from Purdue University 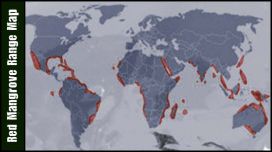