Oscar Fish – A Complete Guide to Caring for Them

Oscar fish, also known as “Tiger Oscars” and “marble cichlids”, are popular freshwater fish that belong to the cichlid family. Their beauty, intelligence, and good manners make them pleasing fish for the aquarium. However, they have a high temperament, which makes it difficult to house them in a community tank. That is why it is recommended that you have some fish-keeping experience before owning one.

Oscars are native to South America (Brazil, Peru, Colombia, and Ecuador). They prefer slow-moving water with lots of rocks and debris.

Oscar fish have brown or black bodies with orange or red marks or marbling. Some varieties also have olive or green bodies. They have large heads, mouths, and eyes. The fins are fan-shaped that extend the length of their body.

When the fish is born, its colors are dull but they begin to become brighter as it grows.

Oscars are intelligent fish that love to swim with purpose around the tank. They can recognize their owners and can be hand-fed.

However, they have territorial tendencies, so you should carefully choose the fish you house along with it in a community tank to prevent stress among the fish. If Oscar fish sense their territory is being invaded, they will attack their tank mates. They are also known to fight with the fish of their species, especially during the breeding season.

The average lifespan of the fish is somewhere between ten to thirteen years. If you take proper care of the fish, it can live for more than fifteen years.

It is easy to replicate their freshwater tropical habitat. Though you need to be extra cautious when housing them with other fish in a tank. When living in a community, they need a large tank, and consistent water parameters to stay relaxed.

Split their feeding sessions into two to three times a day and feed the amount they can finish in two minutes.

It is important to replicate Oscar fish’s natural habitat in the aquarium with warm water and varied plant species. You need to introduce a soft, and sandy substrate with debris, vegetation, and rocks scattered on the top to make them feel at home. You can also add tank decorations such as caves and java moss to replicate their natural habitat.

Oscars are fond of digging in the substrate so decorations must be placed firmly in the tank.

Oscar fish are used to being surrounded by other fish in the wild, but the tank has limited space and this can lead to fights and fin-nipping. So, it is recommended to house them alone. If you want to house them together or with other fish, go for a large tank (at least a 55-gallon tank upto 125 gallon) and add an extra 30 gallons for each fish you want to keep.

In a community tank, choose a passive fish that won’t disturb the Oscar fish. The most suitable tank mates for them are: 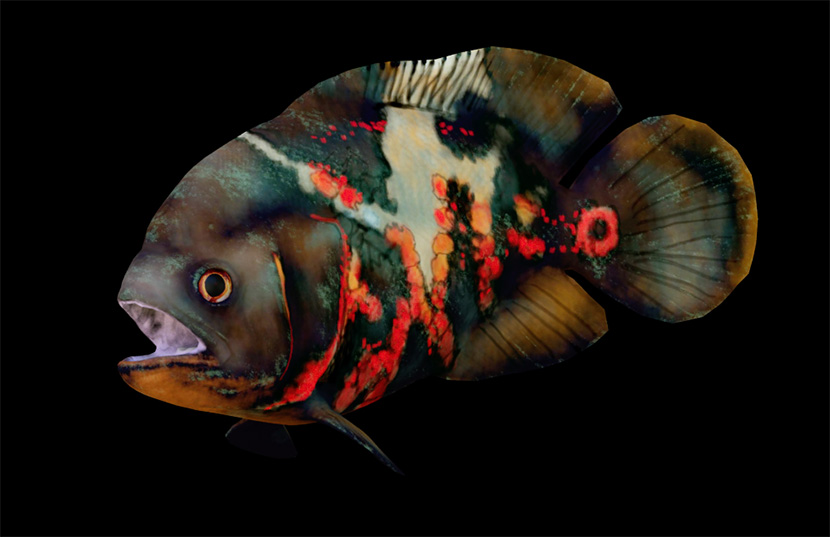 It is difficult to breed them in captivity as the fish is picky about its mates. Putting a male and female in the same tank in the right conditions does not always guarantee success. You can take these steps if you are adamant about breeding them:

Never house Oscars with fish of smaller size, as it will eat anything smaller than its size.

If you are thinking of setting up a tank for a single fish, Oscar fish is a great choice. However, for community tanks, we recommend aquarists gain some experience before keeping an Oscar fish as it can bully or eat other fish smaller than itself. 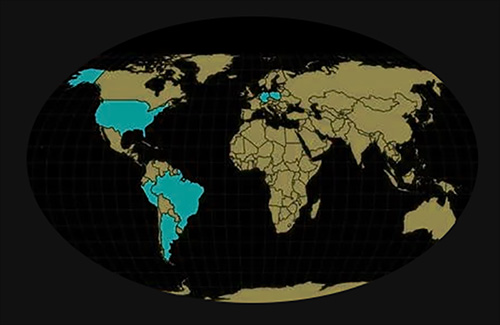