Carlsbad Caverns is an amazing cave system located in the region of the Guadalupe Mountains in southeastern New Mexico. It’s a deep, underground limestone cave that our crew decided to explore in the hopes of shooting a longer piece here in the future.  Even though we prefer adventuring in less explored caves, Carlsbad was well worth a trip to New Mexico. 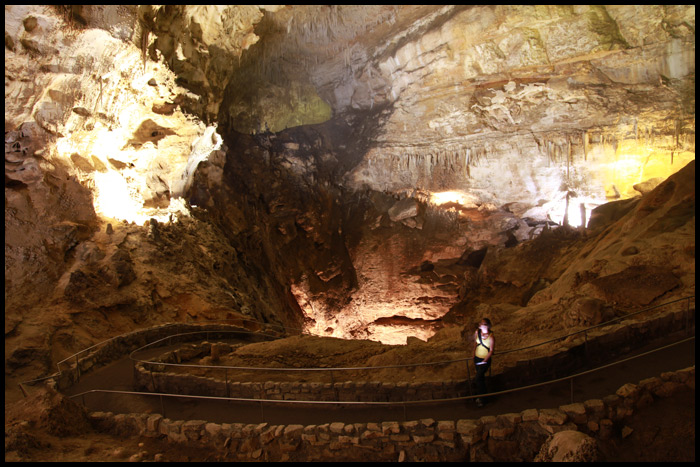 Bats in the Cave

One of the more spectacular things offered at the cave is a showing of about 1 million bats.   They emerge from the cave each evening at dusk – making huge swarms that resemble billowing plumes of smoke from afar. You can also have breakfast at dawn to watch their return – an amazing show as the bats swarm above and fly into the cave one at a time! The bats in Carlsbad Caverns are mostly Mexican Free-tailed bats. This, like other bat caves, serves as a maternal roost, a place where only the females come to rear the young. The location of the males is unknown.

Getting a feel for the Cave: Carlsbad Caverns Video

Haley and I created this short video with timelapse photography of several images we shot in the cave. I hope it gives you a feel for the depth and feel of the cave.

More information in the Caverns