An Update on CBD and THC Safety Measures

THC or Tetrahydrocannabinol is a type of chemical that is secreted by the glands present in the marijuana plant. THC is available in high doses in the reproductive organs as well as in the flower/bud of the female plant.

THC is among 85+ chemical compounds (cannabinoids) present in the cannabis plant. However, THC is the primary psychoactive ingredient; meaning it can get you high. In fact, THC alone carries the responsibility for causing ‘the cerebral high’.

And, while it causes the high in humans, the plant actually uses it to fend off bacteria, viruses, and parasites. 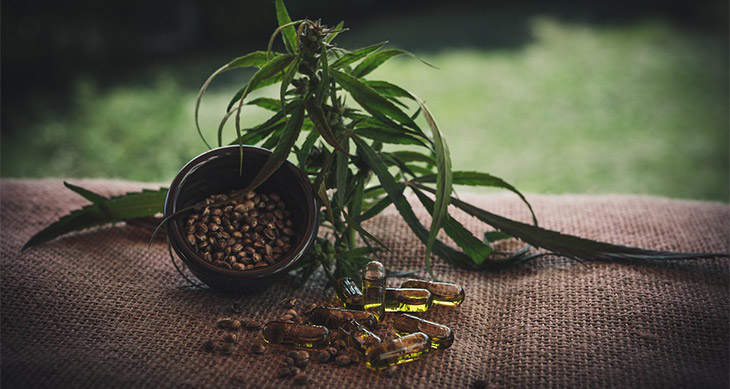 The concentration of THC in Cannabis

Hemp is a type of plant from the cannabis family that carries as low as 0.5% THC, as per the North American Industrial Hemp Council. Many can have even less THC than that.

(Industrial Hemp Farms grows hemp for CBD production that is compliant with all federal guidelines.)

THC and CBD have the same molecular structure. They both have 30 hydrogen, 21 carbon, and 2 oxygen atoms. The real difference stems from the way these atoms are arranged which is why both have a different range of effects on the human body.

In terms of chemical structure, both these cannabinoids are similar to the endocannabinoid that the body produces via the ECS (Endocannabinoid System).

When cannabinoids interact with the ECS, it affects the neurotransmitter present in the brain. These neurotransmitters release certain chemicals which then relay a bunch of messages back and forth between cells. This constant communication is responsible for a variety of functions such as pain perception, sleep, stress, immune function; among other bodily functions. 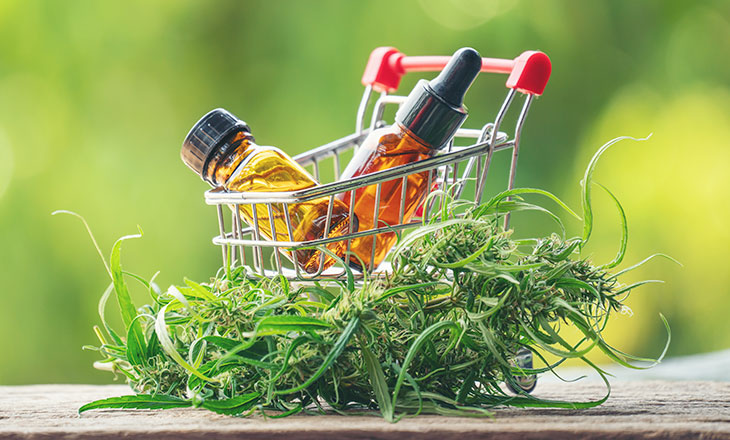 Even though both cannabinoids are similar (structurally speaking); they are poles apart in terms of how they impact the human body. While TCH is famous for being a psychoactive compound, CBD has no such effect. That means you can expect absolutely no ‘high’ from CBD.

THC does the job by binding itself with CB1 or cannabinoid 1 receptors present in the brain. That’s when you experience the sensation of euphoria. CBD also binds itself with the same receptor, but quite weakly. In fact, CBD is supposed to dampen the euphoric effects caused by THC.

Why do People Talk About THC Content in CBD Oil?

It’s for the same reason that THC can cause psychoactive effects if consumed in high doses. Since CBD comes from the same plant that also carries little traces of THC, there’s always cause for concern that some THC might be available in CBD products.

It’s because of this that the FDA has laid out strict guidelines regarding the percent of THC (0.3% by dry weight) that must not be exceeded in any CBD product to ensure no ‘high’ whatsoever.

How Does THC Affect The Brain And Body?

When you smoke, THC reaches your brain via the bloodstream where it goes on to mimic the natural cannabinoids that the human body produces naturally. There, it attaches itself to those cannabinoid receptors.

These receptors are present in the cerebellum, basal ganglia, and cerebral cortex. It controls a lot of things from movement to thinking, to motor skills, concentration, coordination, pleasure sensations, etc.

The reason why THC’s effects are much more pronounced in the human body than any other cannabinoid is because of its unique molecular structure which allows itself to practically bind itself between neurotransmitters much the way a bud does in a rug.

Once the THC has attached, it mimics the role of a bliss molecule called anandamide (a type of natural cannabinoid). It then stimulates the brain cells to release dopamine which is what causes the ‘buzzing’ or the ‘feel good’ sensation.

How Does CBD Affect The Brain And Body?

However, unlike TCH, CBD does not bind itself strongly with these receptors. Researchers believe CBD mostly binds to other receptors such as those responsible for the production of serotonin which influences things like sleep, mood, pain perception, etc.

While CBD’s entire working mechanism is largely unknown, the most reliable information is that pertaining to the research around epilepsy. Because CBD effects in this regard have been studied to the point where epidiolex, the first FDA-agreed drug is now part of mainstream medicine.

Side Effects of Using CBD/THC

Based on a lot of studies that wanted to establish the safety of CBD in adults, it’s clear that adults tend to tolerate CBD well. As such, there are no major side-effects of CBD on the vital signs, nervous system, mood, etc. (even when consumed in relatively higher doses).

Most people tend to feel tired while some may report diarrhea and a change in weight/appetite.

However, if you are on some kind of medication or are pregnant, it is important that you talk it out with your doctor before consuming CBD in any form. That’s because CBD may interact with some dietary supplements, OTC aids, and medications.

CBD may also disrupt cytochrome P450 complex, a type of enzyme found in the liver. This might cause liver toxicity due to the liver’s inability to break down toxins. However, such incidences are rare and almost impossible if you are consuming CBD in moderate doses.

If consumed in high doses, THC can cause a range of buzz-killing side-effects. You might experience bouts of depression, fatigue, anxiety, lightheadedness, dizziness, forgetfulness, etc.

The long-term negative psychiatric effects of THC are more pronounced in teens and adolescents who consume it in large quantities.

Let’s just say that CBD and THC are siblings and not twins. They may come from the same family but their roles and effects on the human body are completely bipolar. While one will make you high, another offers a bunch of medicinal benefits; not to mention the ability to counterattack the unwanted euphoric sensations.