Being Skeptical: Is It Really Safe To Get Cortisone Shots Or Not?

This week we’re looking at Cortisone. Here are the basics.

Cortisone is a corticosteroid, and this class of drug is used to treat inflammation in the body. It is a chemical that is naturally produced by the body, according to Dr. Scott Saunders in an article he wrote for Home Cures That Work. He classifies it as a strong anti-inflammatory that can be beneficial in the treatment of symptoms due to anything from Arthritis to Lupus and Shock.

Dr. Jon Gelber, a Huffington Post contributor, tells us that the treatment has been available as an injection since 1897. It is still commonly used by orthopedic doctors for most acute inflammations and is considered as the first line of treatment in a hospital setting.

Because cortisone is widely used, it is relatively inexpensive. Cost Freak suggests that the cost of cortisone shots is around $25 to $100 per shot. The question is: is cortisone the silver bullet it would seem to be, especially considering its wide use? Can it be used for long-term purposes? Is it really safe to take cortisone shots or does the treatment pose health risks?

According to Dr. Hamid at Orthocarolina, cortisone shots can alleviate the pain and inflammation directly without too many side effects. Aside from that, it can also treat allergies, eczema, ulcerative colitis, psoriasis, asthma, cancer, brain swelling, autoimmune diseases, to name a few.

Almost everybody can expect to be relieved of pain for, at least, a short period of time if cortisone is properly administered. However, Allred emphasized the treatment is not meant as a long-term fix. Gelber suggested that cortisone is not an intensively studied medication, and the indications for its uses need to be frequently re-evaluated.

On a more personal level, I have a hip injury from doing gymnastics for the better part of a decade. This injury has symptoms closely resembling those of arthritis. It can be debilitating and can limit me to bed rest for weeks, even months, at a time.

The pain is so stabbing that I frequently have the reaction of hysterical laughter when trying to stand, rather than grimacing in pain. I usually go to my orthopedic doctor for a cortisone shot to relieve the pain. I typically just need a single shot once every few years, but I don’t intend to depend on it all my life.

The problems seem to arise when the matter of long-term usage comes into play. All three experts are critical when it comes to using cortisone shots four times a year. In fact, they don’t recommend the administration of the treatment more than once or twice per injury or trauma.

Saunders has brought out the biggest laundry list of the warnings when a long-term use is considered, and it includes joint infection, nerve damage, weight gain, swelling, severe depression, thinning skin, anxiety, confusion, very high blood pressure, chest pain, insomnia, sweating, and increase in blood sugar levels. That is because, once again, cortisone is a corticosteroid, so it has all of the same related risks as other medicines of the same type, even if it is just a simple injection.

Meanwhile, Allred asserts that cortisone is only a short-term treatment. If you depend on it so much, it can be counterproductive or even pose more risks to your health. He goes further to suggest other methods of relief before consulting a doctor regarding its use. Getting some rest, putting ice, using over-the-counter NSAIDs like ibuprofen should all be tried first.

Gelber, on the other hand, seems to be under the impression that cortisone is still not a fully understood treatment, which may be true, especially when it comes to its side effects and what causes them. However, he also says that alternative treatments such as a shot of PRP (Platelet-Rich-Plasma) or even that of stem cells are more effective but more expensive than cortisone shots. If you don’t have $1000 to shell out for a transfusion, the cortisone may still be your best shot, at the very least. 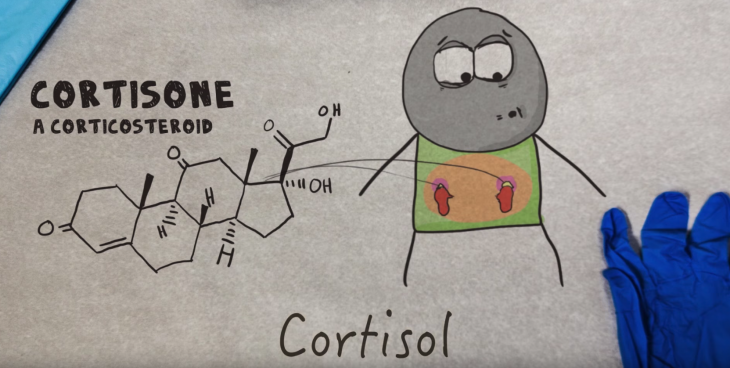 Body pains and aches can be much more debilitating than what many people may know. They can make a person unable to function in any normal capacity for long periods of time. Luckily, there are many methods to relieve body discomforts.

The very short-term treatment options include alternating between hot and cold therapy, NSAIDs like Aspirin, Naproxen or Ibuprofen. Cortisone treatments are frequently the best and most cost-effective for body aches or inflammations, but they can be dangerous if you use it many times.

I'm a science writer, filmmaker and host for Untamed Science. If it's quirky or adventurous science, I'm all over it. While my past study species have included bryophytes and leeches, my current passions are in the white squirrel phenomenon, trees, and earth science. I'm also married to Stone Age Man.