In western BC, the government has supported large scale salmon farms. After years of production, these farms have breed lice and disease that have all but eliminated wild salmon from the Frasier river. We’re visiting local activist and BC filmmaker Twyla Roscovich to learn more about how government policies can affect entire regions … and what and understanding of science can do to help save the wildlife of the area. The following is an short video Twyla made about this topic. 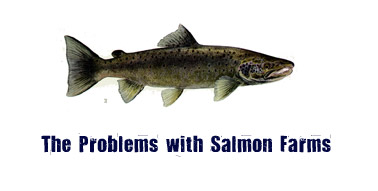 The water cycle is fairly easy to conceptualize, but not many have done it quite like we plan on doing it.  We plan to hike the to the top of Acongagua, the highest mountain in South America and then follow the snow and rainmelt on its way to the sea.  It’s an epic cycle, that deserves an epic tale.

Nearly every textbook that talks about populations and communities talks about the classic study that showed the relationship with Orcas and Giant Kelp.  Each predator has control over lower trophic levels.  However, even though this is long-quoted study, what is going on today with the sea otters?  Are the orcas still preying on these fury mammals?  We plan to start our investigation in the Kenai Peninsula, AK in the town of Seward. 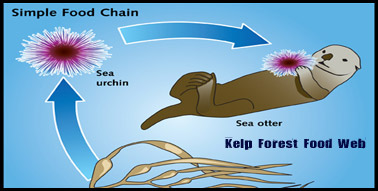 World Biomes – The Chaparral, the Desert Scrub, the Desert, The Tundra

We have four biomes left to complete our series on world biomes.  We’ll hit all four on our journey.  The Chaparral in southern California, the Desert Scrub in Mexico, the Desert in Chili, and the Tundra in northern Alaska.

The most biodiverse spot in the entire world is a small section of rain forest in Ecuador currently protected known as the Yasuni. This wild amazonian rain forest is home of the Huaorani tribes, and home to more plants and animals per hectare than anywhere else on earth.  Yet, oil has been found in this park and the government wants the western world to pay them to protect it.  The battle isn’t over.  Could the most biodiverse spot on earth fall victim to an oil rush?  We plan on heading into the jungle, talk to the locals and get the real scoop.

In most textbooks, human population growth is compared between developed countries.  In the textbook we grew up with we compared Mexico to Sweden.  Since Jonas is Swedish and we’ll be traveling through Mexico we thought this classic example would be great to reexamine – starting in a large city in Mexico – Mexico City.

DDT is still being sold to farmers in Mexico. Why?

We plan on finding a key example of green building, and examine just what it takes to make a home green!  In particular, we’ll be looking for a Earthship.

Forest Management: Deforestation in the Amazon

Learn about deforestation in the Amazon.

Where does our food come from?  You think you know where your bananas come from, but we’ll trace where the bananas you buy actually come from as we tour a plantation in Costa Rica.

We’ve heard there is a green gold mine in Bolivia.  Sound unusual?  Lets check it out.

Water has always been somewhat rare in the desert. Today, water shortages are becoming even more of a problem.  We learn a bit about what’s happening to water resources as we kayak down the canyons that lead to the Grand canyon.

We couldn’t do an entire trip without finding a way to go skydiving. Skydive Arizona in Eloy is one of the top places in the world to skydive, and its right on our path. What a better place to look at the complexities of the atmosphere than as we skydive through it!

Exit glacier is a large glacier near Anchorage Alaska that has been rapidly receeding since they started tracking it earlier this century.  We’ll talk about some of the issues of climate change in relation to this one glacier.

At the very start of our trip we’ll be in the Arctic National Wildlife Refuge in northern Alaska.  Its here that they’ve found oil – it just so happens be under the largest calving ground of caribou in the Northern Hemisphere. Right now they have not started to drill, but what do the locals think of the proposal?

Damns can create enormous amounts of energy as the potential energy of water is released. Chile has many wild rivers, just waiting for a hydropowered damn to go in. But what effect will this have?  We’ll kayak the mighty Feudalafu, in Chile and explore what effect these damns are having to the people and biodiversity of the area.

Landfills – how do different countries manage their waste.  We’ll compare the US to Guatamala.