How technology and science are changing the face of ice hockey

Ice hockey has a history of many centuries in Europe and North America – even though not as an organized sport. You can’t imagine how they used to play it around 200 years ago, with tree branches and other improvised natural materials.

Today, it has evolved incredibly, not only in terms of protective clothing and equipment, but also tracking technology, training, and the possibility to play virtually everywhere, regardless of the weather outside.

Technology and science helped ice hockey evolving to the widespread sport that it is today. It is not just one of the most popular sports in North America, but also in the entire Norther Hemisphere.

It is also the most popular sport in New Jersey, and people can bet on games with the help of  NJ betting sites like Unibet.

So, how did technology and science change the face of ice hocking? Below are some instances where they made a huge impact.

One of the biggest improvements in clothing and equipment is the fact that these are lighter than ever, but at the same time safer and more performant than before.

The gear is not just lighter and safer, but also more durable. The protective gear uses 3D scanning technology which maps the dimensions of the player’s body. The pads are then built according to the precise measurements of the players.

Also, high spec foam is used to reinforce some areas of the gear which cover critical parts of the body more exposed to traumas, like the neck and the back. The weight and the freedom of movement are much better not just comparing to a century ago, but even to around 20 years back.

The general consensus is that the players can handle and shoot the puck like never before, and things are just going for the better – even though is hard to think of any further improvement in this area. 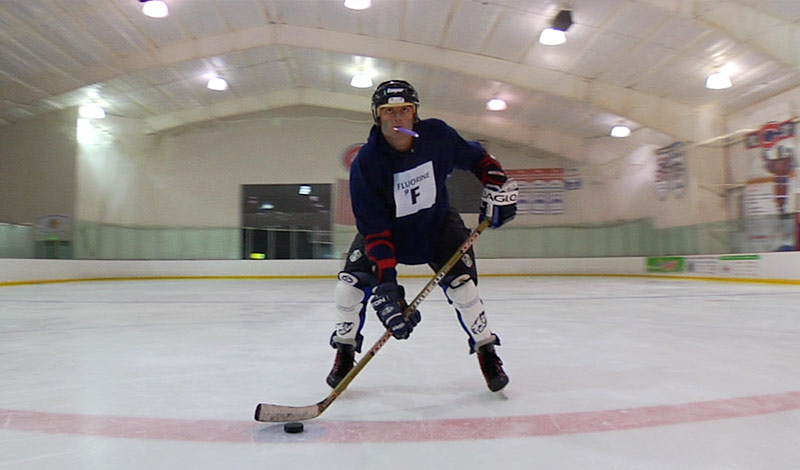 Ever wondered about statistics like the speed of the puck, the force with which it is hit, the speeds of the players and the distances travelled by them or the possession statistics?

All these can now be brought to the public by using the tracking technology – chips which are inserted into the puck, but also into the back of the hockey jerseys. And if the fan standing behind the glass or in front of the TV is just curious about the stats, the coaches really need those numbers, based on which they make entire strategies and training regimes.

Even though this technology is implemented for some years now, it is still regarded as a real game changer.

Video replays and the future

Video replays are used by referees to decide the outcome when it is too close to call a play. This will too change because NHL is aiming at putting sensors in the goalposts. The sensors will help the referees and officials take the right decision when the call is way less than an inch.

But game video is used also during the match by teams and players to see what needs to be changed and adjust it accordingly.

Technology and science also work hand in hand to provide many metrics which will help in training. And that means data about the players in terms of health, fitness, and daily habits. The data analytics will help having a better picture of a player’s strengths and weaknesses. All these combined with workout and nutritional programs help coaches in training, which too is improved by technological advancements. Special programs are used for special trainings, including electrodes, hydro therapies, and recoveries from injuries.