Is Amanita muscaria Edible? Yes and No - Untamed Science
MENU Skip to content

Is Amanita muscaria Edible? Yes and No

For a long time I thought the fly agaric (Amanita muscaria) was a dark hallucinogen that had some historical uses, but was generally a toxic and deadly mushroom. Just about everyone I had ever interacted with had the same thoughts, that was until I stumbled up a few modern users who are pioneering this ancient drug. Their mission, to change the way we see this, the world’s oldest intoxicant.

Put simply, this famous red and white spotted mushroom is a magical mushroom. It’s not the magic mushrooms that you might think about that create psychadelic trips though – that’s the Psilocybin mushrooms. They’re small and brown but give amazing visuals. Instead we’re talking about the mario brothers mushroom. It was made famous in Alice and Wonderland, Fantasia and the Smurfs. It was also noted that it could be the mushroom used for the beserkers of the viking age (we know now that was probably henbane).

To help explain the basics of this mushroom, I created this short Fly Agaric Introductory video. It’s fun and will get you up to speed pretty quickly.

Where does Amanita muscaria Grow?

The fly agaric is found all across the world now and on all continents except Antarctica. Originally a northern mushroom it has now spread south via the timber industry. It is a mycorrhizal mushroom that forms relationships with certain trees, namely birch, spruce and pine. In Australia it can form a relationship with Eucalyptus. 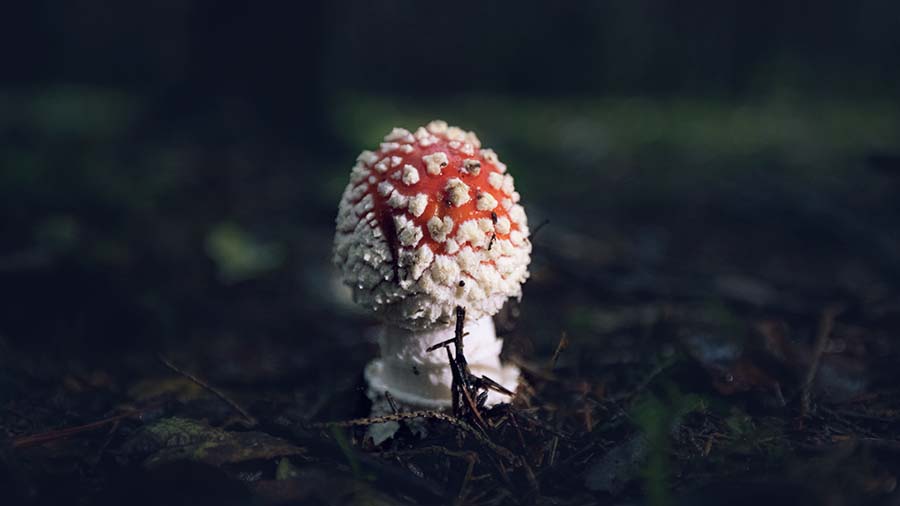 How to Use Amanita muscaria

I do not recommend using Amanita muscaria for the novice user. In fact, it can be challenging to find the best ways to decarboxylate the ibotenic acid from the mushroom so you end up becoming a chemist. That restricts the number of people that will use it. However, it is important to note that it may have some amazing health benefits. AmanitaDreamer has started to experiment with it and show the process here.

Yes, but not everywhere. The Fly Agaric is illegal in Australia, Romania, the Netherlands, Thailand and Louisiana.

How did we get Amanita muscaria wrong?

For nearly a decade, even mycologists have been spreading the lie that Amanita muscaria is a deadly toxic mushroom that should not be messed with. We outlined that and started to unlock how it could be used in the following video.

Learn more about the Fly Agaric