New Zealand is a Pacific island nation that is known for its stunning natural beauty, as well as its unique flora and fauna. One of New Zealand’s most famous and well-known native animal is the kiwi. However, there are many other curious critters to learn about. Here are a few examples of why New Zealand’s wildlife is unlike that of anywhere else in the world.

There Are Hardly Any Native Land Mammals

Two endangered species of bat, the long-tailed bat and the lesser short-tailed bat, are the only living land mammals native to New Zealand. Long-tailed bats are known to only produce one offspring per year and are located in various regions throughout New Zealand. Comparatively, lesser short-tailed bats are found in very few locations and hunt prey along the forest floor. This is rare to very few bat species, as most hunt prey while flying.

Aside from bats, marine mammals are the only other native mammals. The New Zealand sea lion or whakahao is the rarest species of sea lion in the world, with a low population of approximately 12,000. They can largely be found along the shores of the Subantarctic Islands. 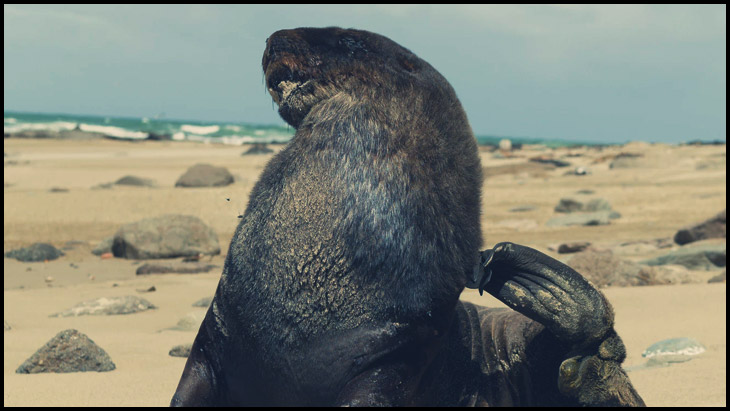 Since the settlement of New Zealand by humans, non-native mammals like rats, possums and mustelids have been introduced. These invasive predators threaten New Zealand’s delicate ecosystem. They have been linked to the extinction of dozens of native species. The country has announced an ambitious plan to rid itself of all invasive pests by 2050.

Time Flies, Unlike These Birds

New Zealand doesn’t just lack native mammals — it is devoid of native land predators in general. With other birds their only predators, prehistoric birds found safety on the ground. And with tiresome flying no longer a priority, they gradually evolved to be flightless. As a result, New Zealand has 16 species of flightless birds: more than any other country. This includes, among others, three species of penguin and five species of kiwi. Flightless birds are particularly threatened by invasive species. This has led to the loss of their natural habitats, emphasizing the importance of conservation efforts.

Another odd feature of island evolution is the phenomenon of island gigantism. This evolutionary quirk occurs when animals develop on islands lacking predators and/or competition. This means they are free to evolve rapidly to unprecedented sizes. In New Zealand, this gave rise to the moa and its only predator, the Haast’s eagle. The moa is an emu-like bird of 12 feet in height. It was extinct by 1445, having been hunted by Māori for food. The Haast’s eagle, with a wingspan of up to 10 feet, soon went the same way.

Back From The Dead

The takahē is a flightless bird and the largest living member of the rail family. Discovered by Europeans in 1847 but hunted by Māori for centuries, it was considered extinct by 1898. Then, to everyone’s surprise, living takahē were rediscovered in Fiordland in 1948. The striking swamp-hens are now a protected species. With efforts to ensure the growth and continued survival of their populations underway. 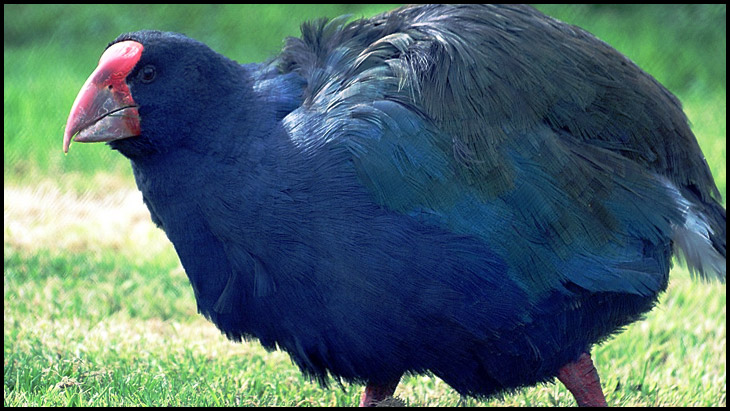 The curious reptile known as the tuatara is the only surviving member of the order Rhynchocephalia. With the rest of whom went extinct 60 million years ago. Tuatara share a common dinosaur ancestor with lizards and snakes. They can live to over 100 years old. Ancient Creepy Crawlies

With over 100 species throughout the country, the wētā is New Zealand’s star invertebrate. The giant wētā has been around for 190 million years, and is the world’s heaviest known insect, weighing a hefty 70 grams.

The endearing kiwi is a rare example of a monogamous species. The birds often mate for life, and kiwi relationships have been known to last for over 20 years. Romantically, kiwi couples sing duets with each other at night, synchronizing their calls with complementary frequencies.

Cloe Matheson is a freelance writer based in Dunedin, New Zealand who loves writing articles for her blog and various sites such as Poynters. She usually spends her time adventuring with friends or immersing herself in a good book.