The Medicinal Mushroom Known as Cordyceps: Uses and Benefits

Cordyceps is an entire genus of mushrooms that contains over 700 species. Most of these grow on bugs. I first heard about them growing out of the heads of ants so that they’d crawl to the top of a grass blade, get eaten and distribute their spores to other ants.  That in itself sounds extremely scary. But don’t worry, this isn’t what will happen to us. More on this later. 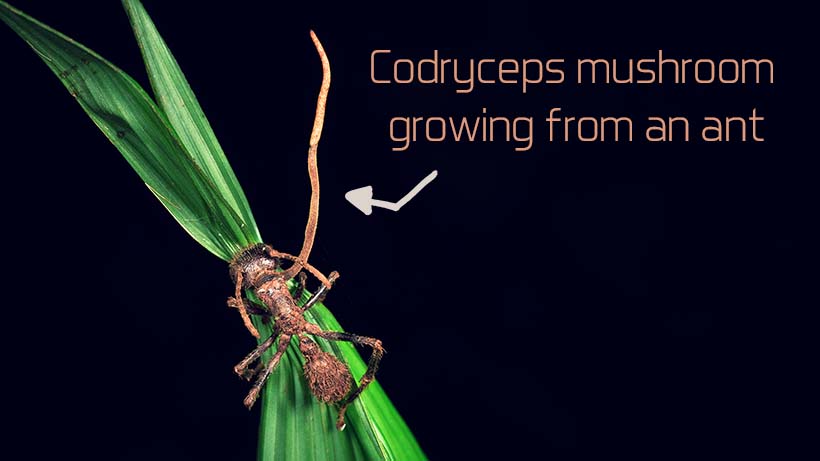 What we’re talking about generally with Cordyceps mushrooms are the medicinal ones. There are basically two different species. Cordyceps sinensis and Cordyceps militaris. C. sinensis is the one that infects a caterpillar and grow out of their heads. That makes it very expensive because most people have to collect them in the wild. They’re found in very difficult places. I’ve heard prices upwards of 30K per kilogram. It’s really insane. Check out this video to learn more:

Cordyceps militaris also grows on insects. However, it can also be grown on other medium. That means it can be grown commercially. That’s amazing.

Where is Cordyceps mushroom found?

Cordyceps in the wild that is used medicinally is found in the high mountains in Southern China, Nepal, Tibet, and other areas in the Himalayas.

How is Cordyceps grown?

Cordyceps militaris is grown on grain like rice and soy. This video talks a bit about the details.

What is the Cordyceps mushroom used for?

Cordyceps is used for energy, endurance and immunity. Tony from Freshcap Mushrooms does a great job of explaining the benefits of cordyceps. He explains that Cordyceps can increase endurance. It can also increase oxygen capacity or the efficiency that we transfer oxygen from our lungs to other parts of the body.

Cordyceps are generally very safe to take. However, it is important to understand that like all things you need to take it in moderation. Stefan noted that cycling on and off with Cordyceps is very important. Starting with something like 1 gram of Cordyceps is a good way to start.

As always, remember to listen to your body and be safe as you experiment with how this works for your body.