The Most Outstanding Scientific Discoveries of Students
MENU Skip to content

The Most Outstanding Scientific Discoveries of Students

Most scientific discoveries have occurred as a result of painstaking, purposeful, and insanely complex work aimed at making a breakthrough in the chosen area. However, history is full of examples when incredible discoveries were made by scientists when their gaze was pointed completely in the opposite direction. Sometimes outstanding discoveries happen in a completely unexpected way. For instance, they worked at developing a drug that could improve blood flow in the myocardium and deal with angina pectoris and coronary heart disease. Clinical trials showed that the medicine was practically useless for heart disease, but they created sildenafil, now better known as Viagra. Every discovery involves many sleepless nights and a tremendous amount of analyzed information. And even though students deal with a huge information flow, some scientific discoveries produce a special effect on them. When I was a student, I didn’t ask anyone to write me an essay just because I didn’t want to deprive myself of a chance to find out something new. And what scientific discoveries have students opened for themselves in college? 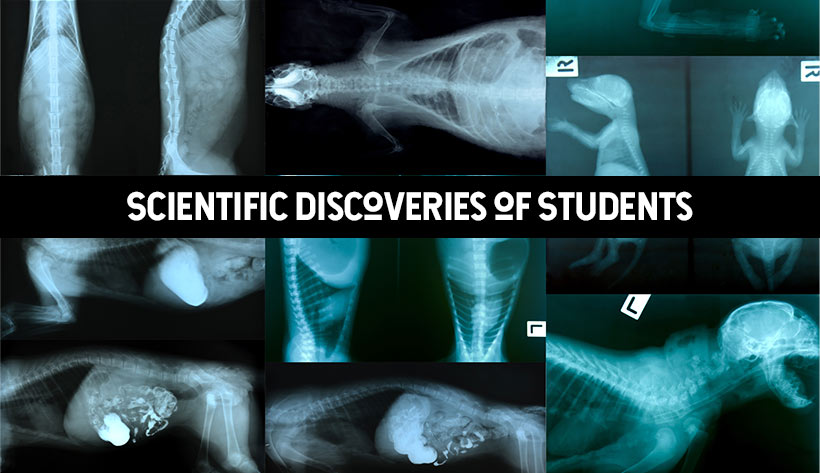 Two centuries ago, German physicist Wilhelm Roentgen was dealing with a cathode ray tube. Even though the tube itself was shielded, Roentgen paid attention that the cardboard covered with barium cyanide and located next to the tube began to glow in a dark room.

The scientist tried to obstruct the rays, but all things he put in front of them showed a similar effect. When he finally decided to do the same but with his hand, he saw that it transilluminated on the pic projected on the screen. He called his discovery “X-rays.” Soon after that, the technology was adopted by medical institutions and research laboratories. However, scientists didn’t realize the danger of prolonged exposure to X-rays.

One day, the Swiss engineer George de Mestral returned home from the walk with his dog and started cleaning the pet’s fur from burdock’s flower heads as he did it many times before. However, this time he decided to find out how these flowers look under a microscope. As it turned out, there were tiny hooks on each head, with the help of which they clung to the animal’s fur and clothing.

The engineer wasn’t going to come up with a new fasteners system but seeing how simple and strong hooks cling to fabric and wool, he still could not resist the temptation to give it a try. Through a painstaking process of trial and error, he realized that the most suitable material for making this type of fasteners was nylon.

Velcro fasteners became popular shortly after the NASA aerospace agency adopted the technology. And today, they are common in the production of everyday clothing and footwear. It is always necessary to look for opportunities in simple things, whatever you do, and get the best out of them to your advantage. For example, I know that if I pay someone to write my paper cheap, I will be able to free up my schedule and save money for my personal discoveries.

In 2012, the English biologist John Gordon and his Japanese colleague Sina Yamanaka got the Nobel Prize in Physiology and Medicine for creating stem cells from normal cells. To do this, scientists introduced only four genes into connective tissue cells. As a result, fibroblasts turned into immature stem cells with embryonic properties, making it possible to grow any organ from liver to heart. Thus, they have practically proven the reversibility of cell specialization.

Today, it is not a challenge to grow an internal organ from stem cells, and scientists hope that it will not be a big deal to create a liver and kidneys from one’s own cells in the future. 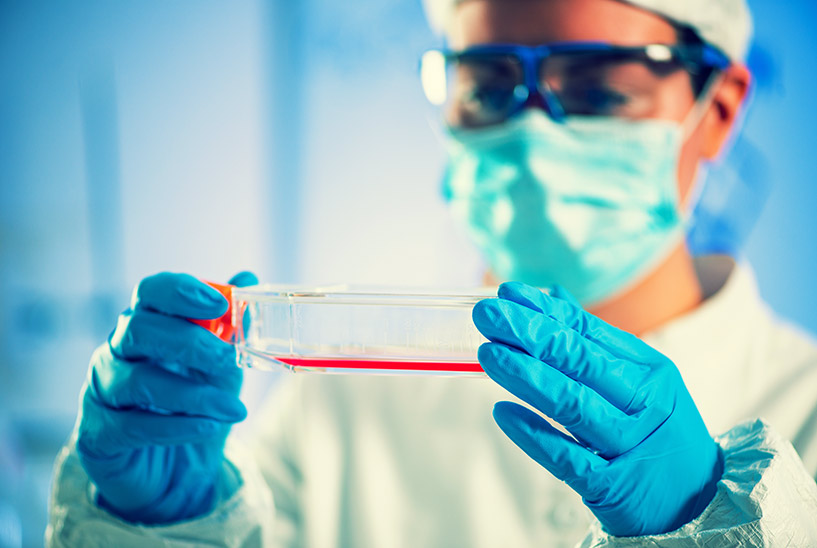 Robotic surgical solutions are less invasive and faster, so they are often associated with improved clinical outcomes such as quicker recovery times and lowered pain. Surgery robots enable surgeons to achieve the ultimate in surgical precision. Today, robotic surgical platforms are highly developed and are used in everything from the spine to endovascular procedures. For example, the da Vinci Surgical System, which is arguably the most famous platform for robotic surgery, translates the virtual movements of the surgeon’s hands into tiny movements performed by the robot inside the body. All this is visualized using laparoscopy. The da Vinci System has been used to treat more than 3 million patients worldwide.

Bioprosthesis, controlled by the power of thought

Until recently, lost limbs were replaced by plastic dummies or even hooks. In the last years, scientists have moved further and created bioprosthesis controlled by the power of thought and even transmit sensations from artificial fingers to the brain. Thus, even if a person cannot work on their assignments themselves, they can type a message to get essay help online without anyone’s assistance.

In 2010, the UK company “RSL Steeper” presented a bioprosthetic arm that allows a person to open a door with a key, break eggs into a frying pan, and even hold a plastic cup. Well, the latter can be crushed with excessive force, but scientists have improved control over fingers’ grip in such a case.

In 2016, they created a prosthesis equipped with sensitivity sensors connected to the stump nerve endings. While such prostheses are quite expensive, they can become widespread in the future.