The Science Behind Luck - Untamed Science
MENU Skip to content

The Science Behind Luck

One would think, at first glance, that there is no link between luck and science. Luck is just something that occurs naturally, a winning streak on a game, or just someone who always seems to be in the right place at the right time, right? 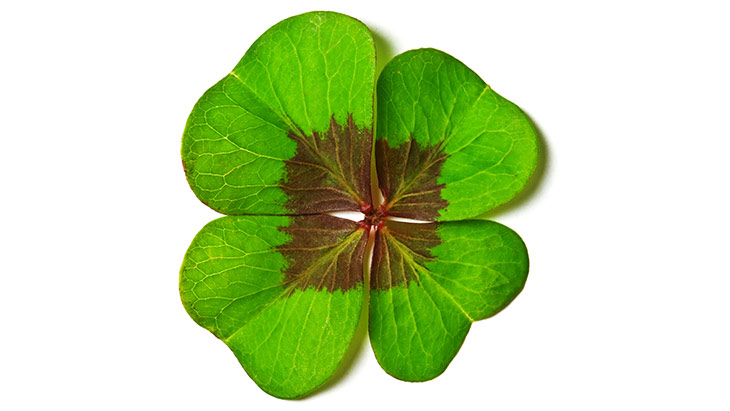 Is there a way to improve your luck?

However, luck is no more than the odds of something happening, given a certain set of circumstances. There are two types of luck that you’ll come across: real luck and false luck. Today we’ll see how both of these play out in the wild.

Real luck is based on probability or odds.

The odds of getting pregnant is a combination of the virility of the man, the fertility of the women, the day of the cycle, and the health of both people (among a few other factors). WebMD says “for most couples trying to get pregnant, the odds are 15% to 25% in any one month.”

Casino games can be easy dupes for players who believe in pure luck and superstitions. If a person is ‘feeling lucky today’ or has on their favourite shoes, they may believe they’ll get a winning streak on the slots. While it can happen, slot games give you on average over 90% return to player. What that means is that as your spins increase towards infinity, you’ll only receive 90c for every dollar played. You can get a lucky streak – as a coin flipped 100 times is hardly ever 50 times heads and 50 times tails – however, it is not predictable (except in the case noted below!). The more you play a game, the more likely you are to come out at a loss overall – your chances of winning do not increase the longer you play.

How about the ‘luck of the Irish’? Well, that is probably trickery, dear reader. The Leprechaun is, after all, one of the most famous trickster figures in the world.

If someone seems to be having endless luck in a game or other field where luck is at play, then there is likely something funny going on behind the scenes.

Russian hackers uncover the secret to winning on the slot machines

A man walks into a casino, takes out his phone, plays a slot machine for a few rounds, then leaves. His win/loss profile? What it would regularly be. Shortly after, he does the same thing, but this time he cleans up big time.

Suddenly, this starts happening in a few different casinos, all over the world – with the same slot machines, from the same game maker.

Of course, it wasn’t luck that had these players raking in the dough on the slots.

The phones were used in the first instance to record the plays the machine went through. From those recorded plays, they then went to a back office, who had worked out the algorithm behind the random number generator used on the machine (as well as the reels on the machines). Once they knew where in the sequence the random number generator was at, they could determine which symbols would come up next – and thus what to play to win big.

In 2009, a man named Edward Putman presented the National Lottery with a crumpled up winning ticket, missing the original barcode, for a £2.5m jackpot – just in time before the winnings expired.

However, the man wasn’t lucky at all. He had simply been the lucky recipient of a collaborative plan with a man on the inside at Camelot – Giles Knibbs, a friend of Putman’s. After experimenting with various different false tickets, they finally got lucky.

Both men wound up unlucky in the end. Knibbs killed himself after an argument about the split of the winnings, after first telling multiple other friends about what the pair had done. 3 years after the win, Putman was already in jail for benefit fraud, and now 10 years later, he has finally been convicted of the lottery fraud – with sentencing still to follow.