Why should we protect pandas? - Untamed Science
MENU Skip to content

Why should we protect pandas?

To answer the question “Why protect pandas?”, we will first introduce you to some biological terminology. It will help you to understand the issue of panda conservation. As a bonus, using these terms will make you look sharp at your next BBQ. You are welcome.

Let’s get started with extinction. If you were born in the eighties, your mind probably wanders to Jurassic Park and zombies. But did you know that it is estimated that at least 10,000 species become extinct every year? After the last individual dies, a species is gone. Forever. You might have heard of Lonesome George. He left us in 2012 and was one of the rarest creatures in the world at the time; his passing marked the end of Pinta tortoises. However, extinction of species can be imminent long before there is only one individual left. Obviously, you need at least two. Preferably of a different sex. We hope you remembered that much from high school. In reality, we need a lot more.

A species is determined to become extinct when numbers get so low that a) the individuals are not able to reproduce, or b) inbreeding leads to a loss of biological fitness. No, not the gym kind of fitness. It means that their gene pool is losing quality because there is not enough variation in it. This is also the reason for breeding programs in zoos. Which brings us to conservation biology. A science that aims at preserving the different forms of life on our planet.

The International Union for Conservation of Nature, or IUCN, publishes a Red List of Threatened Species. In this list, they evaluate the conservation status of plant and animal species and the threats they are facing. They have nine categories ranging from extinct to least concern. To determine these categories, they look at the population size; the speed at which the size is reducing; the number of mature individuals; and the geographic range. The species that are most likely to extinct are the ones that are threatened, vulnerable, or (critically) endangered. 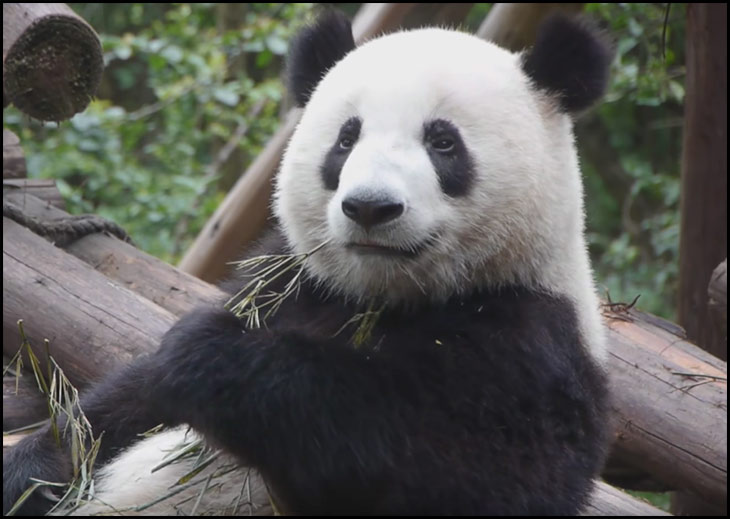 So what is driving these species to extinction? It is perfectly normal for species to become extinct. There were some freak mass extinction crises, like asteroid strikes, volcano eruptions, and natural climate shifts (remember Ice Age?). Apart from that, some species just lose “the struggle for existence”, as Charles Darwin liked to phrase it in On the Orgin of Species. What is not normal though, is the most common factor in species’ decline nowadays. It is all of us.

Allow us to list some of the ways we drive plants and animals to extinction. We consume them; take away and fragment their habitat; hunt them; pollute them and their environment; spread diseases; and introduce invasive alien species. We figured you wanted to know more about that last one. To make matters worse, they are all threatened by climate change. Which humans are causing. Humans, yes that includes you, are the number one cause of species decline. Over the last 35 years, biological diversity (the number of different species) has declined by more than a quarter. Moreover, things are not looking up for the future.

So, one of the reasons to protect species is morality. We have a moral responsibility to preserve our planet, and the species that live on it. Instead of destroying it.

If this is too much of tree-hugging hippie shizzle for you, here is another reason: ecosystem services. Ecosystems–and the plants and animals that are part of them–provide humans with food, raw materials, fresh water, and medicinal resources. Without honeybees, for example, we will be out of fruit and veggies. And fast, too.

So how does all of this apply to pandas? They are lazy buggers and do not exactly reproduce at the speed of light. In fact, what is the use of a panda, besides being cute and getting rid of your excess bamboo? Bingo! Pandas are poster boys because they are cute. People are psychologically predetermined to like fluffy things with big eyes. That is why conservation organizations, such as WWF, use Pandas as a symbol. They draw people in, making it possible to educate them about extinction and conservation.

So no, you do not have to protect panda’s. However, it might be nice to think about where you stand in all of this. What could you do to help save species from extinction? Here are some options:

And while you’re at it, spread the word. Or wear a panda suit to your next BBQ.

Melody graduated with a Master's Degree in Biology with a focus on Environmental Science from the Vrije Universiteit Brussel in Belgium.  She spent a few years working at the Universiteit Antwerpen in research on ecotoxicology. She also has a teaching degree and has been teaching science to youngsters between 10 and 25 years old for more than 10 years. Currently, she coaches teachers and students in a training center for firemen, policemen, and ambulance operators. In her spare time she travels, goes scuba diving, and takes flamenco and yoga classes. In writing for Untamed Science, she hopes to make science understandable for everyone and show them that it is more rock-and-roll then they might think.