The order Hexanchiformes consists of six extant species of primitive shark.  These include the frilled sharks, sevengill sharks and sixgill sharks.

One feature that distinguishes these sharks is that they have only one dorsal fin, they have either 6 or 7 gill slits (most have 5 gill slits), and they don’t have a nictitating membrane in the eyes.

Classification of the Order 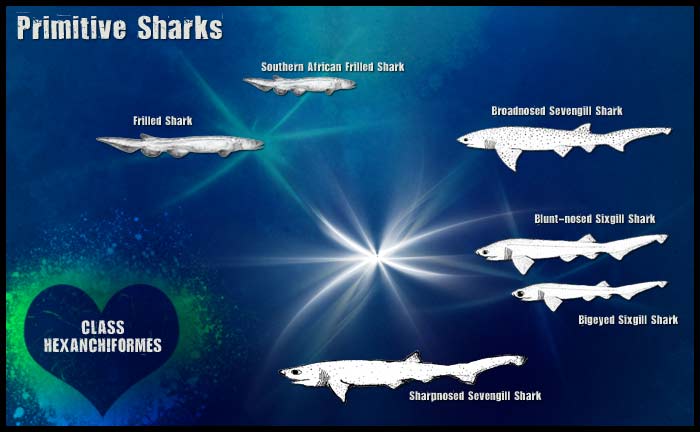 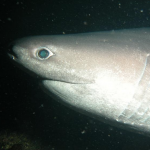