The Passerines are the most diverse order of bird in the world. There are even more species in this order than the entire class of Mammals. This order contains just about 5,740 species, and they have covered every corner of the globe! Common backyard Passerines including Robins, Sparrows, Swallows, Cardinals, Wrens, Warblers, Crows, Magpies…the list goes on and on. Basically, if you think of any cute, fluffy, singing bird in your backyard, you’re probably thinking of a Passerine.

These birds are known as the perching birds. They normally have three toes pointing forward and one pointing back. Their legs have specialized muscles and tendons which allow the toes to grip any surface they land on. As soon as a passerine lands, it’s feet will automatically lock. This reflex allows them to perch on branches, walk vertically on the bark of a tree or even walk up the banks of a waterfall!

The majority of birds in this order are songbirds, specially adapted towards making beautiful sounds. Many of the birds in this order attract mates by singing, and birds such as Lyrebirds and Mockingbirds have turned this into an art form. They are capable of making such pretty songs because they have a special voice-box called a Syrinx, which is different than a mammal’s Larynx. The image to the right is a drawing of a Passerine’s syrinx.

When air is pushed out of the lungs, through the bronchial tubes, the muscles and cartilage surrounding the bronchea contract in different ways. The contraction causes the air flowing through the tubes to resonate like a flute, creating different notes and pitches. Because the syrinx has so many different means of modification, these birds can create a wide variety of sounds, and even create two tones at the same time!

Weird Science and The Linnaean Curse

Besides being the most diverse order of birds in the world, Passerines are also the most taxonomically exciting! As much as taxonomy can be exciting, I mean… ‘Bird-nerd’ scientists have been working on exactly how all 80 families are related to each other and when and where they evolved. Its kind of a big deal. They do this by first taking gene sequences from each family of birds, then they decide how close each family is related to the other. Then, by using DNA from the mitochondria, they are able to dial back the evolutionary clock and tell us approximately when that family evolved and appeared on Earth. Right now, the researchers are constantly changing their mind and tweaking the definitions, but here’s what they have so far. If you are not a wicked taxonomy geek, stop reading now:

There are three sub-orders within the Order Passeriformes:

Sub-Order 1: The Oscines, aka Passeri, aka Songbirds

These birds have the highly developed syrinx that was mentioned above. They evolved about 50 million years ago in what is present day Australia/New Zealand. There is so much diversity within this sub-order that they are divided once again. Just scan the common names and you’ll get the idea.

Sub-Order 2: The Suboscines, aka Tyranni.

These birds are older than the Oscines, and most likely appeared about 70 million years ago. They do not have a syrinx that is as developed as the Oscines, and so are normally not called Songbirds. These are again divided into two parvorders:

This is the oldest group of Passerines. In taxonomy terms we call this the basal group, because it is the very base of the family tree. This group most likely appeared around 82 million years ago and only has two living species: 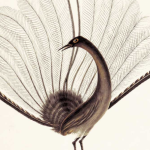