WWF refers to the African Wild Dog as one of the world’s most endangered mammals with an estimated remaining global population of somewhere between 3,000-5,500 individuals left. Once roaming most of the African continent, the African Wild dog is now only found in a few wildlife parks mostly around the southern part of Africa. The animal is so endangered that I remember many guide books not mentioning its specific distribution.

It is the only today living species of the genus Lycaon (Gr. word for “wolf”).
One thing that separates it from other canids is that it only has four toes on its front legs. Other canids have five. 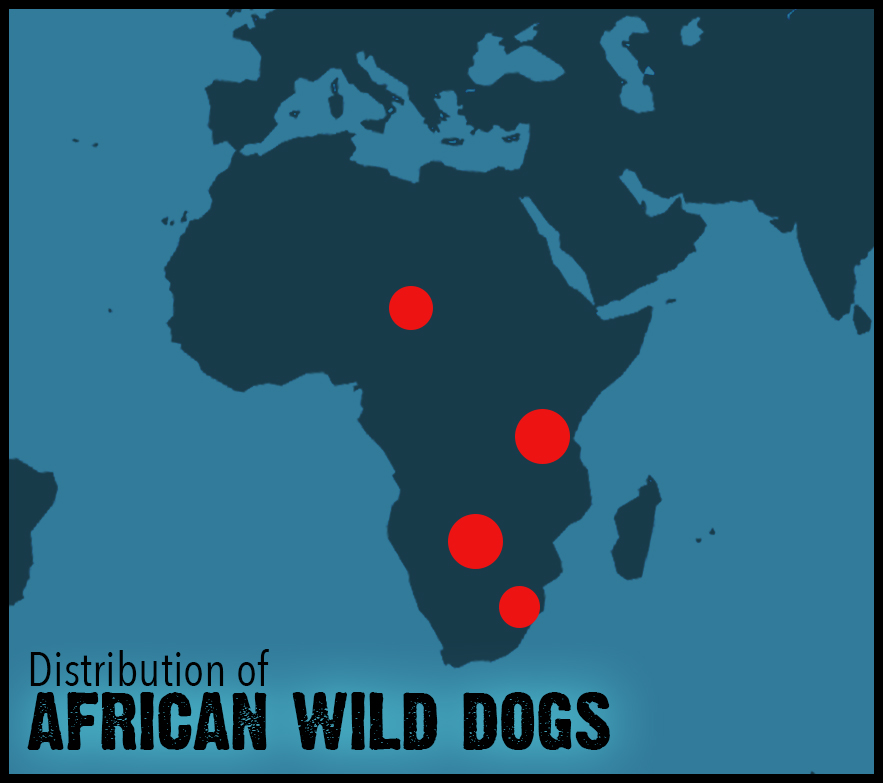