The name “coral catshark” might make you imagine a fluffy little creature. But the coral catshark (Atelomycterus marmoratus) doesn’t look anything like a cat. In fact, it doesn’t even look much like a shark—more like a colorful snake or eel.

Nevertheless, this little shark is quite adorable. That’s probably why you’re more likely to see it in an aquarium than in the wild. In fact, this shark has such a limited range and is so secretive that scientists really don’t know much about them or their biology.

Where do coral catsharks live, and what do they look like?

Coral catsharks live in the western Indian Ocean, from India to New Guinea. These shy sharks with cat-like eyes live in shallow water around coral reefs—hence, the name. They love to hang out in nooks and crannies on the reef, and their long, tube-like bodies help them slip into these cracks. With a body length of merely 1 ½ to 2 ½ feet, they can fit into a lot of small spaces!

Coral catsharks, like wobbegong sharks, are incredibly well-camouflaged for reef life. They have grayish bodies with a background pattern of black and white spots and bars. They almost look like midget versions of leopard sharks.

How are coral catshark populations doing?

The IUCN has classified coral catsharks as a “Near Threatened” species, but the truth is there aren’t accurate estimates of the population as a whole. This is probably because the coral catshark isn’t a very important economic species—it’s too small to eat, it’s not the highlight of a tourism trip, and because it’s in southeast Asia, it’s far away from many concerted conservation efforts.

According to the IUCN’s best guess, there might be some serious threats to wild coral catshark populations, however. Their coral reef habitat is being lost due to coral mining for building materials (yep—buildings made of coral).

And while people don’t really seek them out as food, they still are being victimized by fishing—in particular, dynamite fishing, which is a common practice where the coral catsharks live (why not a little extra gunpowder with your fish dinner?).

Coral Catsharks and the Aquarium Trade

The coral catshark is a very popular shark for home aquaria. It’s supposedly easy to keep (i.e., difficult to kill) and has even reproduced in home aquaria, which is probably a good sign they’re comfortable in their environment. Plus, they’re one of the smallest shark species around, so it’s possible to keep these sharks in very large aquariums for their entire lives (some aquarists only keep the small juvenile versions of some shark species and release them into the ocean when they get bigger—not a good practice).

It’s possible that the trade in live coral catsharks can be contributing to conservation concerns for wild populations, but because so little is known about these sharks, we can’t really say. This is yet another instance where we need more research done so we can conserve these sharks well into the future. 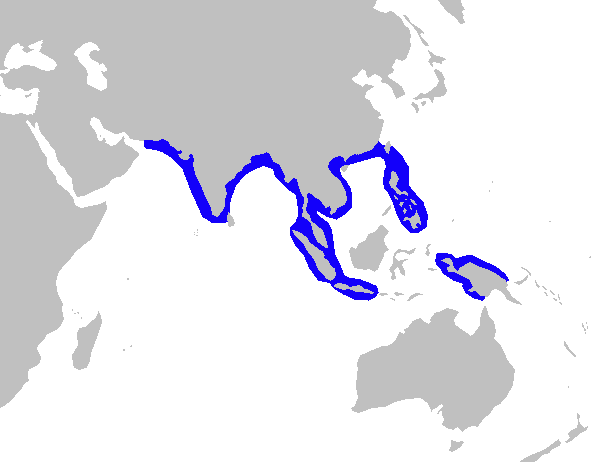