The Coelacanth was once thought to be simply an extinct lobe-finned fish that was only known from fossils. Not any more. When the first Coelacanth, now known as the West Indian Coelacanth (Latimeria chalumnae), was discovered off the Chalumna River in South Africa in 1938 it changed the way we looked at this fish from the past. 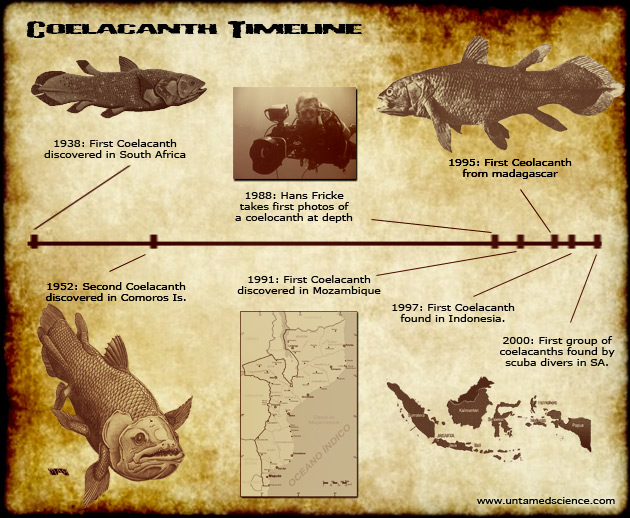 Other Good Videos of the Coelacanth

In this short video Dr. John McCosker talkes about the prehistoric coelacanth and his travels to the Comoro Islands, off the coast of Madagascar.