Where is the Wild Boar found?

The wild boar is an old world pig, like all pigs in the family Susidae. Its native range is Asia, Southern Europe, and North Africa. It has been introduced to Australia, the US, parts of South America and several small islands in the Atlantic and Pacific Oceans. 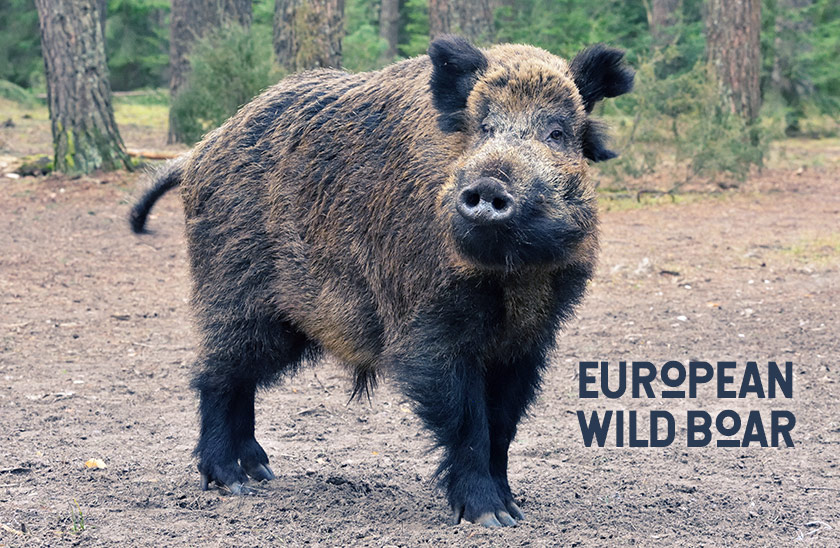 Predators: What eats the Wild Boar?

When discussing predators of the wild boar, it should be understood that the wild boar has a huge range; any large predator in those regions can potentially put pigs on their diet. The only animal that preys on the wild pig throughout its entire range are humans.

In eastern Asia, tigers will hunt packs of wild boar, picking off one at a time. Occasionally, hunters report that a tiger has been killed by a large male boar. In Africa, the larger subspecies of hyaenas are known to take wild boar, in addition to leopards, other large felids, and crocodiles. In Australia, dingos will pick off piglets. Wolves in their native range will hunt pigs as well. Bears also will eat pigs.

Piglets seem to be on the menu for many more species. Large snakes, such as the reticulated python, will eat young pigs. Birds of prey will also consume small pigs as part of their diet.

Pigs reach sexual maturity at just under one year of age. Females can give birth to litters of up to 12 individuals but a half dozen is more typical. Gestation time is four months, and females can give birth to small liters up to two times a year. Because of this high reproductive rate, wild pigs can become a nuisance species quickly.

Feral pigs are pigs that have escaped captivity. It is next to impossible to tell whether a wild pig is a pure wild boar or whether it has domestic origins mixed in as well. Often, observers must take the history of pigs in the area into account. For instance, most of the wild feral pigs in the US have domesticated roots mixed with a bit of wild boar.

They are also quite dangerous. There are ways to avoid and survive a feral hog attack, outlined here via StoneAgeMan.

When domesticated species mix with wild boar they often have a crest of hair running down their backs. Arkansas razorbacks are an example of wild feral pigs of this origin. 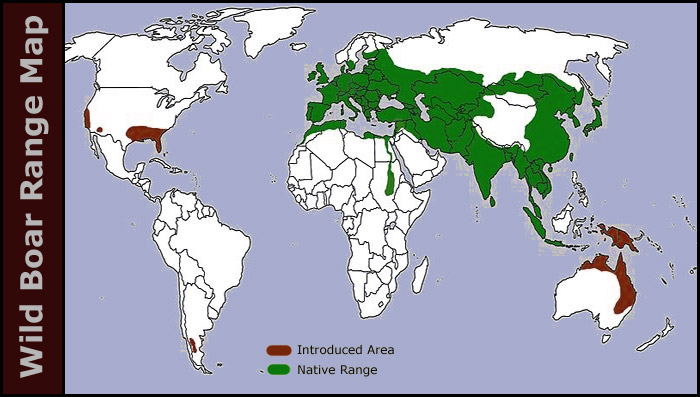