The species that make up the family Suidae are known as the pigs. All species in this family originated in Old World Europe, Africa, and Asia. New World pigs, such as the peccaries, belong to a different family. The following thumbnails represent the 19 species in the family.

Domesticated pigs live on farms with people. Farmers have had the chance to learn a lot about the pig. They have a reputation for being smart animals. However, it has only been recently that scientists are learning quite how smart they are. In fact, depending on how the animals are tested, many think pigs are smarter than dogs.

Physiologically, pigs are impressive beasts. They grow extremely fast; in less than one year a domestic pig may weigh more than 300 pounds and already be sexually mature (full-grown domesticated pigs can weigh over 2000 pounds). Females can breed litters of 12 or more, twice a year. This simple fact alone is part of the problem with the spread of feral pigs. Additionally, pigs are robust. Their skeleton is strong and their tusks are long. The image below shows a wild boar from an early british guide to mammals. Notice the size of the skull and the long tusks. 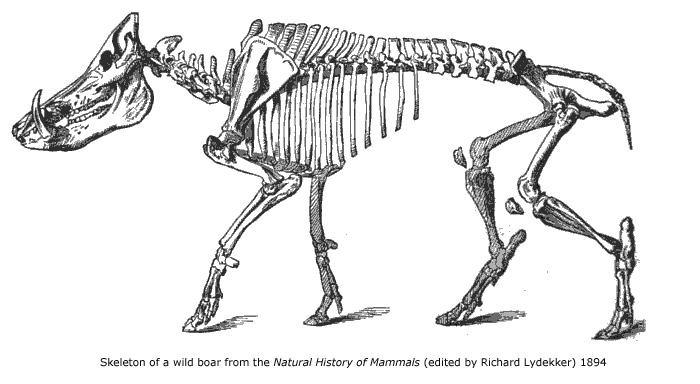 This website focusses only on the 19 species of living (Old World) pigs. The list of extinct taxa is long and has been excluded here. 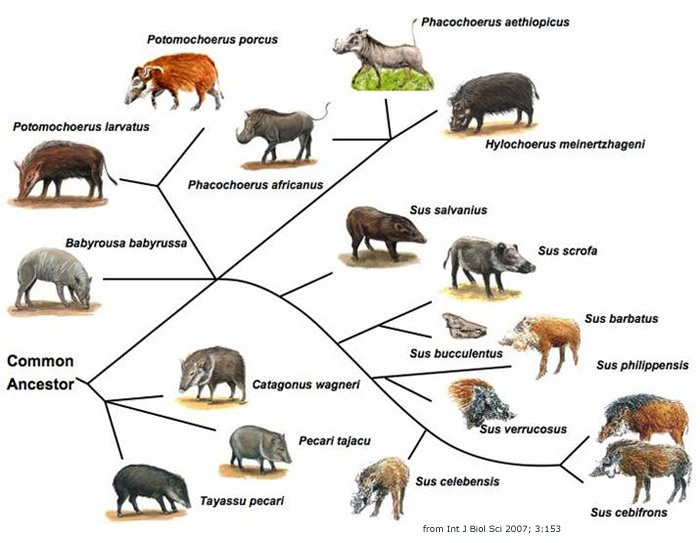 The above phylogenetic tree is based on genetic studies of the domestic pig. 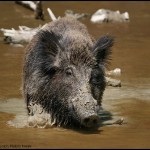 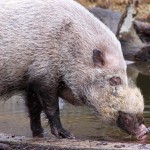 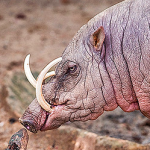 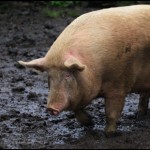 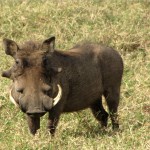 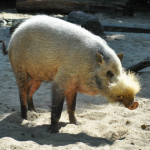