Our American Bird - the Wild Turkey

What’s in a name?

Have you ever stopped to think how weird it is that a country (Turkey) has the same name as our Thanksgiving bird of choice? You might have thought it was a coincidence, but get this: In turkey, they call it greek chicken; In Greece, they call it Peru; In Peru, they call it French Chicken; and in France they call it Indian Chicken. The bird we now know as the turkey was indeed named for the country of Turkey! As it turns out, the first explorers brought the turkey back to Europe through Turkey. Because of that, the bird was colloquially called Turkish guineafowl. It was later just shortened to turkey.

Where does the Wild Turkey live?

The Wild Turkey (Meleagris gallopavo) is the only wild turkey found in the United States. It ranges up and down the east coast, parts of the west coast, and throughout the plains. It is found as far south as southern Mexico. This isn’t to be confused with the only other species of turkey, the Oscellated Turkey. It lives in the Yucatan Peninsula in southeastern Mexico. 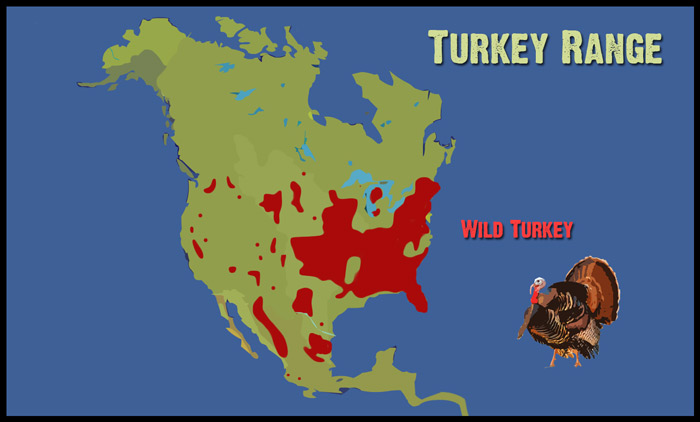 Behavior of the Turkey

Turkeys are social birds that have a high degree of sexual dimorphism. In other words, it is very easy to tell the difference between the large colorful male toms and the smaller female hens. Males spend a great deal of their time parading around the females in courtship dances. The peak of this activity is generally the spring, during mating season, but they can be found doing this almost all year long.

The Turkey as the National Bird

It’s true, Benjamin Franklin thought the turkey should be the national bird of the US. In a letter to a relative he explained that the Bald Eagle was a bird of poor moral character. It would wait around rivers and lakes until another bird, usually an Osprey, would catch a fish. Then it would swoop down and steal it.

Did the Pilgrims have turkey at the first Thanksgiving?

The turkey, while it was around, was probably not the bird of choice for the first Thanksgiving. Scholars think that it was probably goose or beef that the Pilgrims ate at that first harvest.

The Nature of Hunting Turkey in the US

Every spring, turkey hunters set up blinds around a clearing where the hens and toms are likely to come. During the hunting season, the birds are breeding. Thus, hunters will try to lure toms by imitating a hen or by imitating a competing male tom. Hunting for turkeys should never be done by stalking the call of male turkeys, though; there are many hunters in the woods during this time of year, and it’s likely that stalking a call could lead one hunter right into the path of another.

My Life as a Turkey Documentary

A few of the friends of the Untamed Science crew made an award-winning documentary called My Life as a Turkey. We think you’ll like this feature-length film. 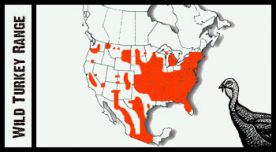