The term “trophic cascade” refers to changes in a food web where energy is passed from one organism to others in that community. Famous wildlife ecologist Aldo Leopold first noted early in the 19th century that predators maintain a balance within an ecosystem. Marine ecologist Robert Paine coined the term ‘trophic cascade’  in 1980 to describe this phenomenon. Since then, our understanding of trophic cascades has expanded.

By regulating the populations of other organisms, predators keep a balance in a food web and increase species richness. The most well-known terrestrial example of a top-down effect is what happened in Yellowstone National Park when grey wolves were reintroduced after being absent for 80 years. When the wolves were eradicated, the populations of herbivores erupted. The plains were overgrazed, saplings were consumed, and waterways dried up. Dozens of other species that relied on those microhabitats, such as songbirds, amphibians, reptiles, and insects, disappeared as well. You can learn more about Yellowstone’s wolves here. 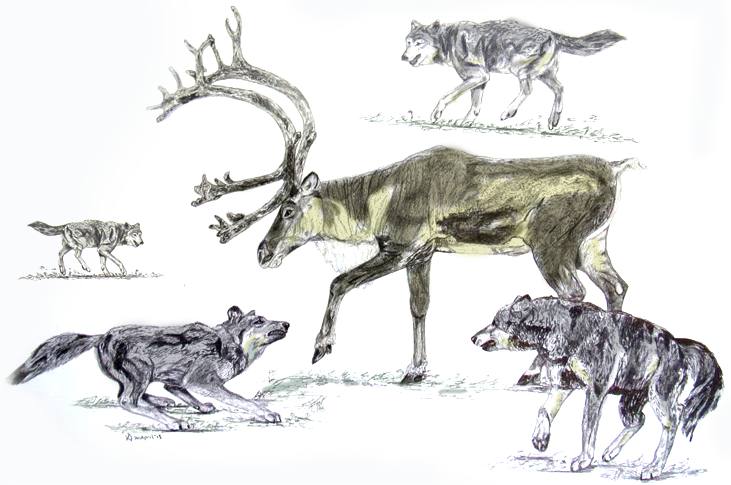 One of the first examples of an ecosystem that was completely changed through a trophic cascade was from an experiment conducted by Robert Paine in Mukkaw Bay, California. Paine observed a carnivorous sea star, Pisaster ochraceus, prey on mussels; he was inspired to study the effects if the sea stars were removed.

In the experiment, Paine created a control plot in which he did nothing, and a plot where he removed sea stars gradually over a year. After a year, he noticed an extreme difference between the plots. For the control plot, where Pisaster was left alone, vegetation flourished. However, in the plot without the sea stars, mussels overcrowded the rock surfaces and pushed out other species. Vegetation had been devoured.

Around the Aleutian Islands, in an area of 1500 miles of Arctic waters, another major ecological transformation occurred between 1980 and 2000. Where 100,000 sea otters once thrived among thick kelp forests teaming with fish, crabs, and shrimp, there became barren zones with heavy populations of sea urchins. Why?

Marine ecologist, Jim Estes, who has studied this phenomenon for 30 years, discovered the reason. As certain fisheries have been established—boosting cod, tuna, and salmon for human consumption—smaller fish such as smelt have decreased or disappeared. The smaller fish were the prey source for seals and sea lions. Orcas preyed on the seals and sea lions for centuries, but when those animals disappeared from the ecosystem, the orcas had to find another food source: sea otters.

In order to make up for the calories orcas would have gotten from seals and sea lions, they needed to eat a lot of sea otters. Estes figured out that in just 5 years, 3 orcas had consumed around 40,000 otters! The drop in otter numbers resulted in an increase of the otter food source: sea urchins. The urchins destroyed the kelp through over-grazing. No kelp forest meant no habitat for other species. The ecosystem was totally changed.

Thankfully, conservation efforts have been underway since then, including the establishment of protected areas and tighter fisheries regulations.

Some indirect effects can also occur simply through the threat of predation, which changes behavior in prey species. A trophic cascade can be in action from the mere presence of a predator, such as a tiger, when the fear of being preyed on keeps herbivores on the move. This prevents overgrazing. 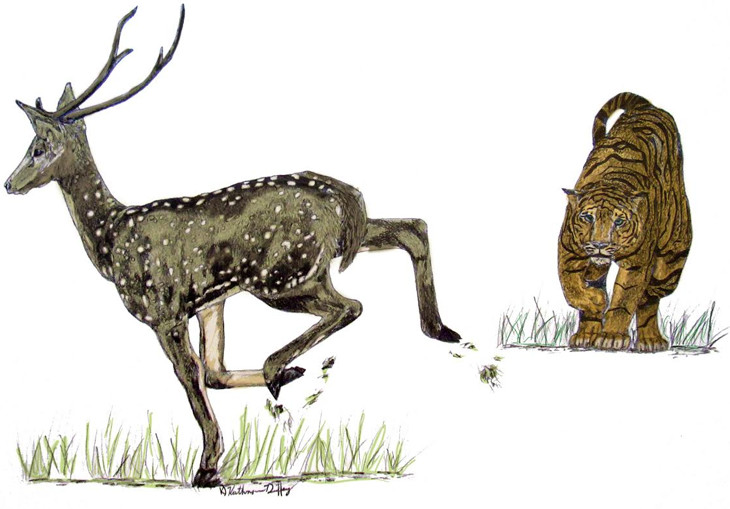 In areas with no risk of predation due to lethal predator control methods, livestock have lost the instinct to fear predation, so they tend to stay in the same range until vegetation is no longer sustainable. On the other hand, ranchers who practice predator coexistence husbandry have livestock that do fear predation. Their pastureland remains healthier overall with higher biodiversity. This ecological relationship, combined with nonlethal predator management for livestock husbandry, can be used to help protect wilderness, while allowing people to continue their way of life. 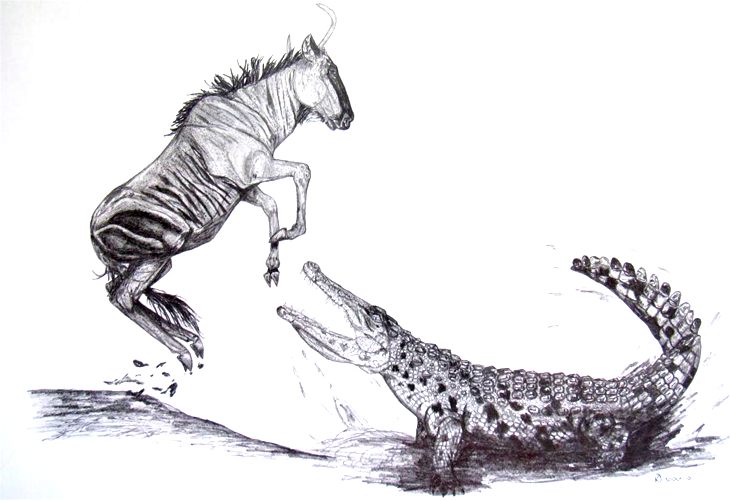 While the focus of a top-down effect is on the importance of predators, bottom-up effects center on the primary producers of an ecosystem. In other words, it’s all about the plants. Many plants, such as aspen and birch trees, are highly sensitive to environmental impacts like climate change and pollution. A decline in certain species can be a sign that something is wrong. When keystone vegetation species decline, the rest of a food web will collapse just as dramatically as when keystone predators are removed.

Here is a short middle-school level video we made early on in our filmmaking careers that explain an up-side down pyramid, or a bottom-up effect food web.

Katey Duffey is a wildlife biologist who studies carnivore conservation. She has a M.A. in Zoology from Miami University. Her main interest is in mitigating human-carnivore conflicts.Her research includes snow leopard population surveys, snow leopard / herder interactions, and zoonoses in the mountains of western Mongolia. Projects have been in partnership with Mongolian Academy of Sciences, Irbis Mongolia, Green Initiative NGO, and Duquesne University.