What happens when you get a sunburn
MENU Skip to content

What happens when you get a sunburn?

Everyone knows the familiar feeling of a hot flush starting to spread over their skin a few hours after spending some time outside under the sun. Oh no—you didn’t cover the spot with sunscreen! Sunburns may seem harmless enough (albeit annoying), but did you know that they’re actually a type of radiation burn?

Sunburns actually cause a huge amount of damage on a cellular level, but how do they do it? Why do they take so long to form? Why does the sun damage your skin? Isn’t sunlight supposed to be beneficial? Why do they hurt so bad? To find out more, read on! 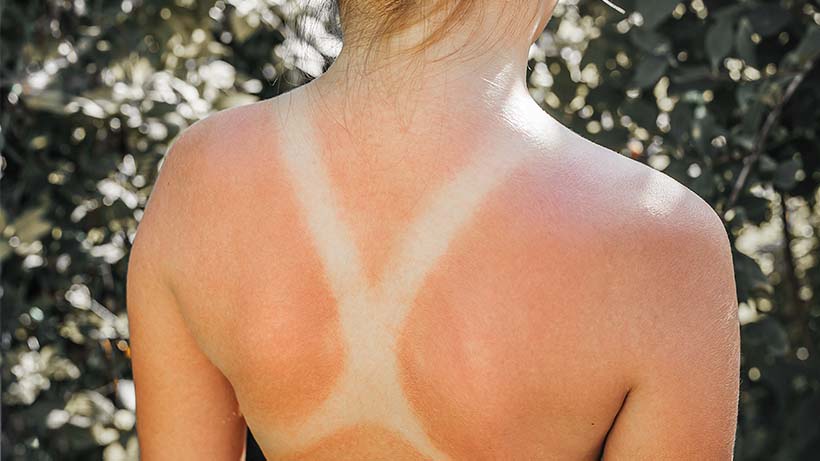 How does sunlight interact with skin?

Sunlight is more than just nature’s way to wake you up in the morning. Sunlight is actually a form of electromagnetic radiation, along with radio waves, microwaves, and radioactive waves found in places like Chernobyl. By the time sunlight reaches you on Earth after traveling through space, its radiation comes in two flavors depending on the wavelength: Ultraviolet A (UVA) and Ultraviolet B (UVB).

In small doses, sunlight is beneficial. It allows your body to create the necessary nutrient vitamin D and sets your body on track for normal circadian rhythms (24-hour sleep/wake cycles), for example. But like anything else, too much of a good thing can actually harm you. Most sunlight is composed of UVA radiation, which has slightly less energy than more damaging UVB rays.

UVA rays are less likely to give you a sunburn, but they can penetrate deeper into your skin and cause more cumulative damage over time in the form of saggy, aging skin (maybe the Cryptkeeper should have worn more sunscreen as a young‘un). UVB rays, on the other hand, contain more energy that can harm your skin immediately. It’s like the difference between a hot pad for sore muscles and a burning flame.

How does sunlight damage skin?

UV radiation basically damages skin by transferring energy to molecules in your skin, such as DNA, fat, proteins, etc. These molecules, which are already in their proper arrangement, absorb this energy. If the molecules absorb enough energy, the bonds holding them together can break, forming a new shape completely. For a cell that already has been chugging along smoothly thanks to specific molecules with specific shapes doing specific jobs, this is a big deal and causes serious problems.

UV radiation damage to DNA is a particular problem. DNA is a huge molecule and actually quite fragile. When a molecule of DNA is present in a cell, it resembles a zipper: it has two strands, with each strand tightly bound to corresponding molecules on the opposite side, called bases.

There are four different bases—adenine, guanine, cytosine, and thymine. Thymine and cytosine, when occurring right next to each other, are particularly susceptible to forming dimers. When sunlight hits these sections, thymine and cytosine will “let go” of the other side of the chain and form bonds with each other. Suddenly, the DNA code is broken, and if this DNA section codes for a specific protein, it won’t make the right protein anymore.

The good news is that each cell has its own small army of auto-correct molecules which can go in and fix the broken DNA section. The bad news is that when your skin is out in full sun, this process is happening on an epic scale—and sometimes the auto-correct function can’t keep up with the damage.

If a cell becomes too damaged, it also has its own auto-delete function: it will go through a process called apoptosis and essentially commit suicide. This seems harsh, but without it, too many damaged cells can accumulate and soon your skin wouldn’t work at all like it’s supposed to. You really might turn into the Cryptkeeper at that point!

There’s a bit of a catch-22 though: your own DNA codes for the auto-delete function, and if that section of your DNA is damaged, or if a damaged DNA section just happens to evade repair, the auto-delete won’t function like it’s supposed to. The cell won’t kill itself, and it might even start growing out of control. This is how skin cancer forms.

How does your body react to damaged skin?

Have you ever noticed how sunburns take a few hours to form after you’ve been out in the sun? That’s because the apoptosis process takes a bit of time to occur. If you’ve accumulated too much UV damage, your skin becomes full of dead skin cells. This sets off an immune reaction which also takes some time to get going.

White blood cells are attracted to your skin where the dead cells are scattered. They circulate and gobble up the dead cell bits, cleaning the area like a Roomba. To help even more white blood cells get to the area, your capillaries swell up and fluid leaks out, causing the red, swollen, and painful skin. After the dead cells are all cleaned up, the process shuts itself off and your skin goes back to normal—although it’ll start producing more melanin, a sort of natural sunscreen that makes your skin tan, to protect it from sunburns in the future.

Sunburns won’t kill you—not immediately, anyway. Sunburns only happen when your cells are seriously damaged by UV radiation, and with each damaging event, there’s a small chance that it’ll be the one that can lead to cancer. The good news is that there are many ways to prevent sunburns and the DNA damage that comes with them.

The best way to prevent sunburns is to keep your skin covered. Wide-brimmed hats, sunglasses, and long-sleeved shirts and pants are the best way to avoid sun damage. You can’t stay completely out of the sun 100% of the time, and that’s where sunscreen comes in.

The Skin Cancer Foundation offers several guidelines for how to maximize sunscreen use. Use a broad-based sunscreen with an SPF of at least 15, which will protect against both UVA and UVB rays. The higher the SPF, the better. Make sure you apply the sunscreen at least 30 minutes before you head outside—that way, it’ll fully absorb into your skin and protect you even better. Finally, make sure you reapply sunscreen every two hours.

Twenty percent of people in the U.S. will get skin cancer at some point in their life, but it doesn’t have to be that way. As long as we take proper precautions we can stay healthy—and even avoid those pesky sunburns. 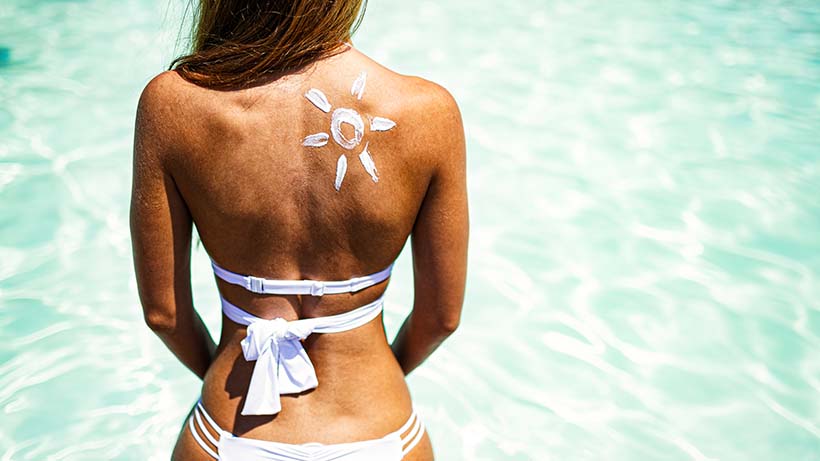