How Math was Key to the MIT Blackjack Team’s Success 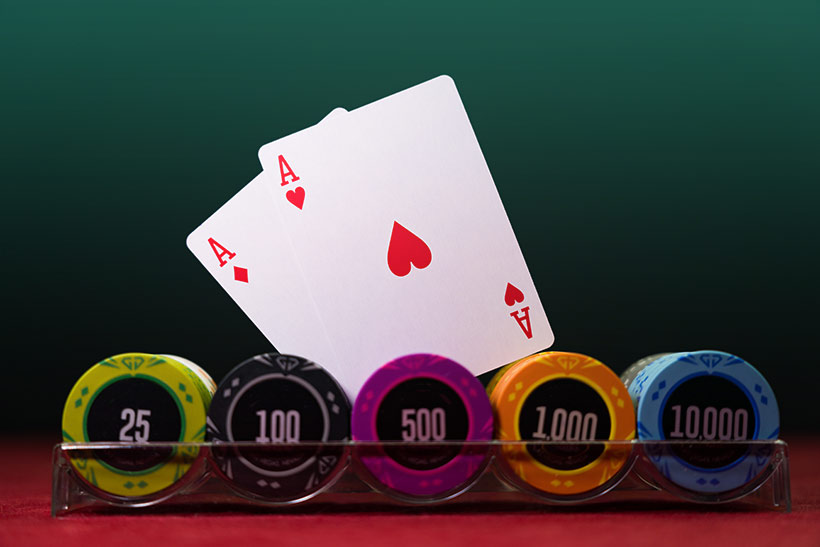 It’s fair to say that the 2008 film 21 earned a mixed reaction from cinema-goers and reviewers alike, with many arguing that it’s fascinating plot was superseded by the mundane melodrama surrounding the individual characters.

Because of this, it was easy to overlook that the film was based on a true story, about a group of students and mathematicians who deployed sophisticated card counting techniques to beat casinos across the globe.

You can read up on them here, but in this article, we’ll look at the role of mathematics in the MIT team’s success while asking whether such techniques are of any value at all in the age of digital and online gambling.

The Rise of Card Counting and the Success of MIT

Of course, card counting existed more than a decade before the emergence of the MIT team, as it became apparent that core scientific and mathematical concepts could be used to beat casinos and overcome the problematic house edge.

However, there are several things that set the MIT team apart, including the audacious scope of their ambition and incredible longevity.

In terms of the latter, the original team and its various successors operated with varying degrees of success from 1979 through the beginning of the 21st century, while also inspiring similarly-skilled teams to form across the globe.

At their peak, the team boasted in excess of 80 members, with a complex organizational structure and some truly incredible profits.

What many people don’t know, however, is that the team initially struggled to achieve any success during its first 12 months, under the tutelage of J.P. Massar (or Mr. H). However, their fortunes changed in May 1980, when Massar had a chance encounter with Harvard graduate Bill Kaplan at a Chinese restaurant.

Massar had overheard Kaplan’s conversation about card counting at a nearby table, with the latter having operated his own successful team during his studies. Massar’s interest had been piqued by talk of 35-fold returns, which were far higher than anything achieved by the MIT team up to that point.

At that time, MIT was a team of technology and math geeks from across the states, who had focused on the development of overly complex counting systems and their deployment.

However, Kaplan’s addition to the team introduced a clear vision and strong sense of business nous, as he moved to streamline the existing counting systems and create more disciplined internal procedures.

This essentially created a framework in which the mathematical ability of the team could be fully realized, while optimizing profitability in a relatively short period of time.

To this end, the revamped team’s common gambling pot of $89,000 was doubled in barely 10 weeks, laying the foundation for sustained success over the course of the next 20 years or so.

Card Counting and Online Blackjack – Is This a Marriage Made in Heaven?

The success of the MIT team highlights the immense importance of numeracy to effective card counting, from the mathematical systems used in real-time to bankroll management and the optimization of profits.

This requires a combination of core mathematical aptitude and basic business sense, which partially explains why card counting teams that pool resources have proved more effective than individuals throughout the years.

It’s interesting to note that the prominence of card counting (and indeed MIT’s success) dwindled at the beginning of the digital age, reaffirming the notion that this practice is simply ineffective when playing online blackjack and its various iterations.

But is this assertion true? Well, several conditions are required to achieve card counting success, as practitioners must select casinos and specific iterations where the house edge is small enough to deliver success.

Typically, this means targeting games that use as few decks as possible, in addition to those that have player-oriented rules.

Adequate deck penetration is also a key condition, as the interactive dealer needs to have dealt enough rounds before the shuffle if your strategy is to be effective. The more hands that you play per hour, the easier it is to accurately determine the positive expected value (EV) of each individual set of cards.

Herein lies the primary issue with card counting in the digital age, as most online casinos deploy continuous shuffle machines (CSMs) for games such as blackjack. These machines continually shuffle together three to five decks, making it impossible to predict which type of cards are left in the shoe.

This renders online and live card counting almost impossible, while making a film like ‘21’ appear little more than fanciful fiction. This is great news for online casinos, of course, especially when you consider the immense success of the MIT team and their best imitators.