The Science Behind the Fastest Skis

Ever wondered why some skiers move so fast? Or how the likes of Elias Ambüehl made it to the Guinness World Records? Well, some people have credited it to line choice and tuck position and others to extra pounds.

But what really makes the fastest skis ‘fast’? What exactly happens when you rock your ski boots and a pair of skis and glide down the mountain? Stick with us as we explore the physics of skiing and all the mechanics involved in making this ride down the slopes faster and successful. Ready?

Skiing And Friction: The Fastest Skis Are The Slipperiest

If you hope to boost your speed down the slope, minimize friction as much as you can. The less the resistance between your skis and the snow, the faster you will bounce to the bottom.

So, how does friction affect skiing speed? Generally, the frictional force occurs automatically when you push your skis against the snow. What happens after is that this force transfers some of your kinetic energy into your thermal energy.

Kinetic energy is generated by the act of pushing and moving yourself downhill, while thermal energy is simply the heat generated from the surface where the skis rub the snow. The greater the frictional force, the more thermal energy you will exude instead of speed and ultimately the slower you will move down the mountain.

Cleaning and waxing your skis before use can help reduce friction while you slide down the slope. So before soaking your feet in a foot spa after a long day in the snow, clean your skis and rub some hot wax on their bottoms to get them ready for your next race. Waxing is one of the cheapest and most effective ways to keep your skis working optimally and improve your speed on the mountains. 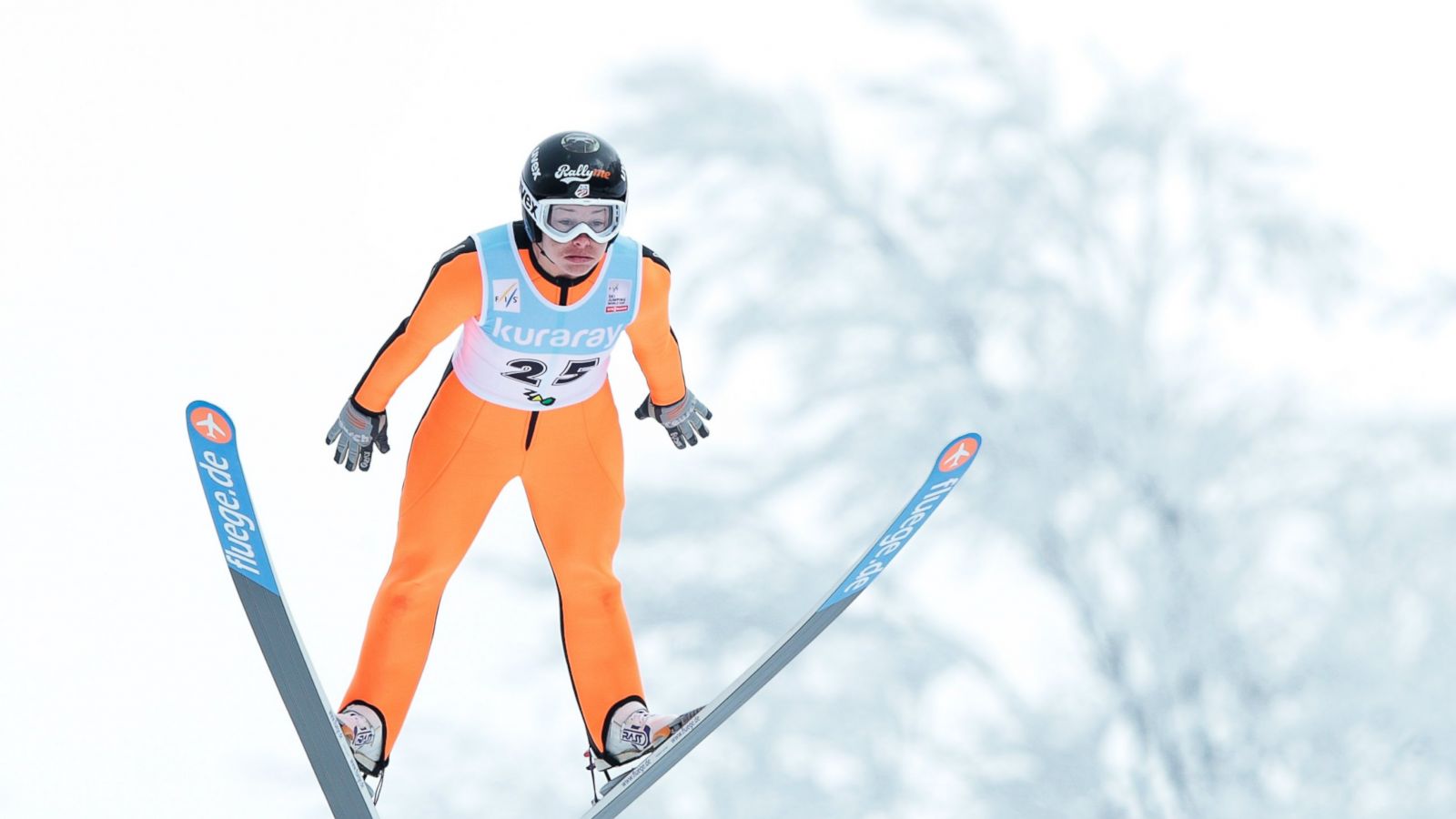 Apart from the friction between the base of the skis and surface of the snow, skiers also experience some resistance when their body moves against the air. This kind of resistance is commonly known as drag or wind resistance, and like any frictional force, it too will significantly slow you down on the slopes.

You can minimize drag by doing a tuck on your descent.  A tuck position will be achieved by lowering your stance and keeping your back and shoulders parallel to the incline. Then, with your head a little lower than your butt, chin bent toward your chest, and poles tucked perfectly under your arms, push yourself forward.

The physics of skiing in a tucked position is that the lowered stance minimizes the surface area of your body that is hit by oncoming wind, which considerably reduces drag. If you are just getting started with skiing, you may find it difficult to stay tucked for long, but with continued practice, you will soon be able to lessen your drag.

The Physics Behind Ski Sliding

Sometimes too little friction can be bad for skiing. You see, when you exert more pressure (kinetic energy) on your skis, the snow underneath receives more pressure too. This pressure will be transformed into heat (thermal energy) through friction, which will soften the snow and create a delicate layer of water under your skis. As a result, you will start losing control over your skis, causing you to slide easily.

It is important to note that at times, snow just melts and you will find yourself sliding even when exerting the least pressure on your skis. This is especially true in powder and softer snow. In addition, when snow melts and freezes again, it becomes ice, which could be quite slippery. Ice also changes easily back to water, which could make things even much worse.

To ensure the best adventure, ski in good snow conditions. Something as simple as an AM FM portable radio will keep you updated on daily snow conditions – particularly important if you are planning a multi-day ski trip.

Skiing And The Force Of Gravity

When you ski, you manipulate different forces, most of all the force that attracts us toward the center of the earth, a.k.a, gravity. Gravity accelerates you down the slope at ever-increasing speed. Your body weight and the gradient of the slope you are on will determine how much gravity will be needed to pull you to the bottom. Ideally, the steeper the slope and the heavier you are, the greater the gravitational pull that will be required to make you slide, and the faster you will move.

When selecting ski equipment, it is important that you put gravity into consideration because your weight and, therefore, the downward pull will affect your gear setup. For instance, a heavier skier may require stiffer skis while a lighter skier may be better off with a more flexible pair.

The Science Of Turning

When you step on your skis and start moving down the slope, the forces of gravity and friction immediately come into action. Now, when you add turning into the mix, another force comes into play – the centripetal force.

How this force works is that it pushes you toward the center of a curve, causing you to change direction. Pushing your skis into the snow creates an equal and opposite reaction enabling you to turn. Generally, to make a turn, your skis must penetrate the snow, and the snow must push back against the skis.

Whenever you ski down the slope, the force of gravity does its work to propel you downward. To enjoy the fastest skis, you will need to move your body weight forward. Also, to avoid falling when you turn, your stance needs to be in such a way that it supports your center of mass.

Another effective way to ensure faster skiing is to minimize your body surface area as much as you can, while maintain the right posture to reduce resistance from wind. In addition, you will need to wax your skis often to reduce the frictional force that is also responsible for slowing you down on the slopes.