7 Of The Most Common Mistakes Made By Filmmakers

Filmmaking is difficult. For any of the uninitiated out there, you only need to look at the end credits of a film in theaters to realize that it takes an army to make a film, and some of those films aren’t even good! Most filmmakers don’t have the money for big crews with lots of complicated gear, and find themselves doing a hundred different jobs themselves. Whatever level of filmmaking you’re operating it at, you’ll know how easy it is to make mistakes. Mistakes can be trivial or they can be entirely project-ruining. And it’s not always clear what are the most important to avoid. Here are 7 mistakes that filmmakers always make, so you can avoid them. 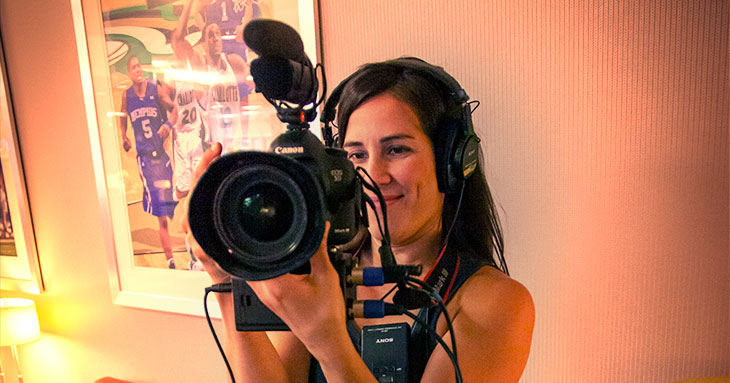 Being Too Gear Focused

When you start out in filmmaking, or even when you’re a seasoned pro, it’s easy to be dazzled by the lenses, rigs, cranes, jibs or whatever else it might be. “You have to be really strict with yourself as a filmmaker and remember that the thing that really matters is your story. Don’t start a project with a $10,000 dollar camera set-up and think ‘Hmmm, what shall we shoot with this?’ Start with the story and keep that at the heart of the project always”, advices Chris Jameson, filmmaking blogger at BoomEssays and Assignment Writer.  You can also achieve a lot without needing all of the gear, as you can see in this video where a steady shot is achieved without an expensive steady cam.

Not Taking Time Over Audio

Audio can be the element of a film that, unless it is spotless, can completely degrade a project from professional to amateur. It’s not the most instinctively interesting area of the film set, which is not helped by the fact that it’s not the easiest to understand either. But that is no excuse. Audio needs to be give a massive emphasis in your prep work, or you could find yourself in a real mess down the line.

Batteries are one of those small things that can cripple a film set. Batteries will run out! It’s inevitable! Always remember to charge primary and back-up batteries before a shoot so that you’re never caught short.

Everything in a film must have a reason for being there. “There’s a saying about films that if a viewer doesn’t leave a scene with more than it arrived with, the scene shouldn’t be there. Really this speaks to a constant need for filmmakers to justify the presence of every shot, every line, every character, every scene from the first page of the screenplay to the final cu”, says Lola Kaminski, art writer at PaperFellows and PhD Thesis Writing. Make sure that anyone who questions something can be given a full, valid justification at all times.

Music is a really tough one, particularly for new filmmakers. You don’t want to be in breach of copyright but you also really don’t want audiences to think less of your film because its music is from a free online library. The best solution in that situation is to look around for musicians who you know, or can easily contact and see if you can either use their music or hire them in for the soundtrack.

Speak of the devil! Breaching copyright is a really serious issue that you need to be careful of no matter where in the industry you are. For new filmmakers music is quite often the issue and you need to be sure that your film doesn’t get disqualified from festivals or removed from the internet because you thought no-one would notice. Similarly, be careful not to thieve any intellectual property. There’s a difference between a homage and straight up stealing.

As mentioned at the start, filmmaking is very hard. You will experience a bunch of failures. That’s part of the process. Don’t quit the second it goes wrong, just keep pushing and believing in yourself and eventually you’ll find your feet.

Hopefully this list will give you an idea of a few of the most common critical mistakes that filmmakers make, so that, when it comes to your turn, you don’t find yourself in a similarly bad situation. No-one told you it’d be easy, but these mistakes can make it a whole lot tougher than needs be.

Beatrix Potter is a professional film writer at Coursework Help and Write My Research Paper writing services. She tutors in writing for the EssayRoo website and spends her spare time with her three children, traveling and reading.