Whats in a name

The genus Sciurus comes from a combintion of two Greek words.  ‘Skia’ means shadow and ‘oura’ means tail.  This combination comes from the tendency of the squirrel to pull its tail over its head and hide in the shadow of its tail. 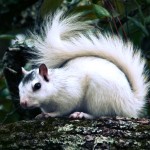 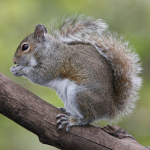