Simply put, predation (or carnivory) is a feeding strategy in which animals consume other animals. In this strategy predators are the hunters and prey are what they hunt. Predators can be fierce hunters like tigers and eagles and sharks, or they can be small and unassuming like dragonflies, bats, and moles. Predation occurs in all phyla of Kingdom Animalia. Everything from the very primitive protozoans to the highly-evolved mammals predate each other.

Animals that eat other animals have simple digestive systems because the majority of what they consume is protein tissue which is easily broken down. Their digestive tracts are short and they lack the organs needed to process plant material.

What is a Carnivore, Exactly?

Most people think of carnivores as any animal that eats meat. This is partly true. In a feeding strategy context, carnivores are animals that eat other animals. This would make bobcats, alligators, and hawks all even on the same playing field. Taxonomically, however, only certain types of animals belong to the order Carnivora, which is a mammalian taxon. So taxonomically speaking, mammalian members of the order Carnivora are the true carnivores. Members of this order are separated into two groups, feliform (cat-like) and caniform (dog-like). The feliform groups include, of course, felids (cats), herpestids (mongooses and civets), hyaenids (hyenas), and viverids (genets and civets). The caniform group is composed of canids (dogs), ursids (bears), procyonids (raccoons), mustelids (skunks, weasels, and otters), and pinnipeds (seals, sea lions, and walruses). The characteristics that these animals have in common are protein diets, expanded brain cases, an excellent sense of smell, and large canines and specialized shearing teeth.

Morphology of a Predator

There is a diverse array of predators in the animal kingdom, each with their own special physical characteristics, but they all have certain body structures in common. Predators have sharp teeth (or beaks) for biting, gripping, and tearing flesh and claws for grasping, stabbing, and shredding. 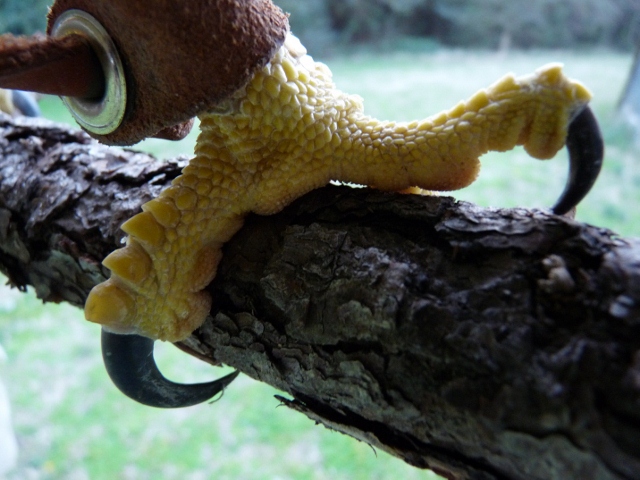 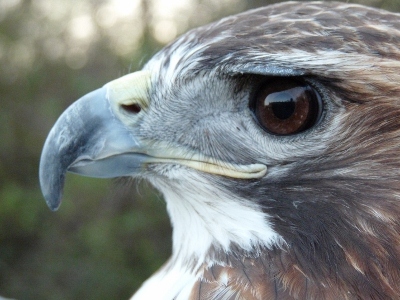 Most predators are hunters (some are scavengers), and if they are to be successful hunters, then they must be skillful. Different types of predators have developed different strategies for hunting their prey, and different species of predators are grouped into taxonomic categories depending on some of those strategies. Take wolves for example. Wolves are canids, members of the dog family; they are very social creatures and as such hunt socially, in packs. In pack hunting, every member of the pack has a special job to do; some animals herd the prey, some keep a lookout, and some make the kill. Once the prey has been captured, the wolves feed according to their social hierarchy with dominant animals feeding first, followed by high-ranking adults and so on. Each member of the pack plays a different role in making the kill, but no one is more or less important than the other. It takes the entire pack to take down the prey.

Now take leopards, felids, members of the cat family. These animals have a very different style of hunting. These solitary hunters are silent stalkers. They stealthily stalk their prey to a close enough distance, and then pounce on it. This is just one felid strategy. The cheetah is a speed demon. Its hunting strategy is to run its prey down. Cheetahs are capable of reaching speeds up to 70pmh for short distances but can run at 40mph for miles. Once they have closed in on their prey, they chase it until it can’t run anymore, then they knock it off its balance with one swipe of an agile paw and its game over. Tigers are ambushers. Servals are pouncers. Different species of felids have different strategies of capturing prey, but the one thing they have in common is they all do it independently. There is one exception to this rule. Can you think of which well-known cat does not fit the typical felid, solitary hunting strategy? (Hint: it lives in Africa and some parts of the Middle East).

Some animals that may not be particularly strong or stealthy compensate for their lack of agility by using chemical aids. Take this banded sea crate for example. While seemingly harmless, this guy packs quite a punch. He faces the compounded challenge of hunting fish in the water, not an easy quarry. So in order to help his hunt, he uses special chemicals in his saliva to paralyze fish so once he catches them in his jaws, they can’t escape. And he’s not messing around; the venom in his saliva is potent enough to kill a human being! Another reptile that uses chemical aids is the fierce Komodo dragon. While colossal for a lizard, these guys typically hunt prey much larger than themselves. So to compensate for their smaller size they have a deadly poison in their saliva that slowly debilitates their prey. They attack the animal, delivering a deadly bite, then wait quietly nearby as the animal slowly dies. Once they know the animal is too weak to fight back, they go in for the final kill.

Herbivores eat plant material, which is much more difficult to digest than animal tissue. The nutrition of plants is locked up inside rigid cell walls and contains many molecules that are difficult to digest. Herbivores deal with this conundrum by having complex digestive systems that can tease apart plant tissues and extract the nutrition inside. But even with this powerful digestive system, plant material is still not as high in fat and protein as animal tissue, so herbivores have to eat a lot to maintain their bodies. Animals that eat the most nutritious parts of plants (nuts, seeds, and fruit) can get away with eating a modest amount, but animals that eat low-quality plants or parts of plants (grass blades, bark, leaves) have to eat an enormous amount to stay healthy. Take an adult African elephant for example. In order to maintain its body weight and keep up with all its bodily functions, it has to eat over 100 pounds of vegetation a day, even more when its mating/breeding season.

Which Type of Fermenter are You?

Hindgut fermenters have a single, simple stomach. They digest plant material with the help of bacteria that live in their digestive system. Fermentation takes place primarily in the cecum (tissue pouch where bacteria live) and large intestine. Examples of animals that use this type of digestion are zebras, horses, rhinos, tapirs, rodents, rabbits, and pikas.

Foregut fermenters (ruminants) have a complex, four-chambered stomach. These animals can actually
digest cellulose without the help of bacteria, using their high-tech stomach. After they chew and swallow their food, it’s sent down to be partially digested, then, when the animal is resting, it regurgitates the food in the form of a cud (ball of chewed grass) and chews it again to break it down further.

Energetically speaking, foregut fermentation is more efficient than hindgut fermentation, but there are benefits and drawbacks to each strategy. While usually bulk-eaters, hindgut fermenters have the ability to get more out of eating small quantities of food as opposed to ruminants. Ruminants can digest cellulose more effectively, but are limited to areas where the quality of forage is higher than what hindgut fermenters could survive on.

Some herbivores have become so specific in their food habits that their bodies have developed special strategies to process their food. Take the koala for example; it exclusively eats eucalyptus leaves which are low in protein and high in indigestible materials. It’s very specific diet is likely an evolutionary response to a high availability of a food that other animals were not eating. Since the food was readily available and abundant, the koala took advantage of it, and its body responded by developing special ways to process this unique food. This phenomenon is also observed in other herbivores like pandas and sloths. If you notice, the things these animals have in common are a low metabolic rate and extensive periods of rest during the day…another adaptation to a nutrient-poor source of food.

Omnivores are the middle ground of the two extremes of predation and herbivory; they eat both plant and animal matter. From a survival standpoint, this really is the way to go. Animals that consume both types of food have more sources of food available and can capitalize on one if the other is scarce.

The Diversity of Feeding Strategies

Some groups of animals have obligate feeding strategies. This means that they must consume the kinds of foods their bodies were designed for. You will never see a carnivorous cow or a herbivorous lion. Some groups of animals, however, have been able to adapt their feeding strategies to their environment. This creates diversity among members of the group. Take bears for example. Even though all bears came from the same ancestors, you have herbivorous pandas in China, carnivorous polar bears in Canada, and omnivorous black bears in the United States. Pretty cool.

Diversity is a good thing in the natural world; the more of it, the better. With so many limiting factors in nature, it’s good to have a broad array of strategies to survive. Groups of animals that utilize a diversity of feeding strategies are usually successful. Take bats for example. There are different species of bats that are carnivores, herbivores, and omnivores. They have diversified not only to live in a wide range of different habitats, but to exploit a diversity of foods. This is one reason why they are the largest and most wide-spread groups of mammals.

In the animal kingdom there are two basic types of organisms: plant eaters and animal eaters. Animals that eat plants are called herbivores while animals that eat other animals are known as carnivores. Carnivores (predators) tend to be quick, agile, and have strong, powerful bodies and weapons (like claws and teeth). Because herbivores consume plants (which are low in fat and protein) they have to spend more of their time foraging (searching for and eating food). This means that they need to eat regularly to keep their energy up. A carnivorous diet, on the other hand, is rich in fats and proteins so predators expend a high amount of energy at one time to catch their food, then spend most of their day resting. Some large predators may go several days without eating after a big meal. Whether you’re a carnivore or a herbivore, at the end of the day you need the right kind of nutrition to keep your body fueled and healthy. The types of feeding strategies that animals use are a product of their evolutionary history and the environment in which they live.

Here is a fun activity to reinforce what you learned. Judging by the teeth of these animals, can you guess which ones are carnivores, herbivores, and omnivores?