The Gopher Tortoise: An Icon of the Longleaf

The gopher tortoise is a burrowing reptile native to the southeastern United States that over time has experienced great habitat loss and population declines. Currently, it is listed as Threatened in most of the states where it occurs and is listed as threatened under the Federal Endangered Species Act (ESA) in the western portion of its range and the populations in the east have also been petitioned for listing as threatened. The biologists who study this interesting reptile want to be proactive in stopping it from being listed on the ESA but not for all the reasons that you might think. Watch this video we made at the Jones Center at Ichauway to find out more about how the gopher tortoise is an important keystone species and how fire plays a surprising role in maintaining the ecosystems where they live.

What is a gopher tortoise?

The gopher tortoise (Gopherus polyphemus) is a land-dwelling reptile that tends to be a grayish brown/black in color, though their appearance varies slightly between regions. They usually grow to an average of 10 pounds (4.5 kg) and 10 inches (25 cm) long, however, they can be can grow up to 15 pounds (6.8 kg) and reach 15 inches (38 cm) long!

The gopher tortoise gets its interesting name from the fact that they dig burrows, and they spend most of their lives inside of these burrows, which can end up being about 40 feet (12 meters) long! The front legs of the gopher tortoise are specialized for digging and are covered in thick scales, whereas the hind legs are described as “elephant-like” to give them some serious pushing power.

Where do gopher tortoises live?

These tortoises need habitat with dry sandy soils – soils that are ideal for digging. They also prefer habitat with open canopy cover, where lots of sun can reach ground level, and support a diverse range of plant species. Some examples of these natural habitats include longleaf pine forests, pine scrub, pine flatwoods, coastal dunes and grasslands, and dry oak sandhills. Additionally, they make use of anthropogenic landscapes, such as old pastures, roadsides, and the clear-cut areas produced for power lines, provided the soils are well-drained. To highlight one of the ideal habitats for the gopher tortoise – the longleaf pine forests – we made this short video at the Jones Center at Ichauway.

What do gopher tortoises eat?

Their herbivorous diet is quite diverse, but in general they consume grasses, berries, legumes, and low-lying fruits. This is one of the reasons gopher tortoises require habitat where sunlight reaches the ground level, because it aids in the growth of the vegetation that they rely on.

Digestion of these foods by the gopher tortoise requires that they bask in the sunlight, because they are ectotherms. Ectothermic species maintain their body temperature, activity, and metabolism by their environment, and they need to warm up their bodies with the sun to get the digestive process going.

Why do gopher tortoises burrow?

Burrowing serves a few purposes for gopher tortoises, including avoiding predation, maintaining a stable temperature, and defense from fires that frequently burn through their habitat.

Adult gopher tortoises have few predators because of their protective shell. However, tortoises are sometimes collected for food, although this practice is now illegal. Young tortoises have a wide range of predators, such as snakes and foxes, and burrowing helps them to avoid many of these threats. However, as with many species, the eggs and young are a lot more vulnerable to predation than adults.

Because tortoises are ectotherms and their metabolism is reliant on the environment around them, burrows maintain a stable temperature year-round, so the tortoises can avoid extreme cold or hot temperatures. To raise their body temperature, tortoises emerge from their burrows and bask.

In addition to avoiding normal environmental fluctuations, burrows can protect the tortoises from natural disturbances, such as fire. The ideal habitat for tortoises tends to experience frequent fires, as these fires help to maintain open canopy cover, which in turn gives the tortoises access to sunlight and plenty of the variety of ground plants that they eat.

What is a gopher tortoises life cycle?

The gopher tortoise has a long life-span and matures late in life, just like many other tortoises. If they can avoid disease and being eaten, they can live >50 years. They are mature at around 10 – 20 years old, at which point they can begin to reproduce. They are highly social and often occur in clusters which facilitates mating interactions.

Females lay their eggs underground in open areas, like the entrance to their burrows, where the warmth from the sun can help aid in incubation. On average a female lays about 6 eggs each year. Eggs will incubate in the nest for about 100 days, but this varies slightly depending on region and climate. Interestingly, sex in developing Gopher tortoises, like many reptiles, is determined by the temperature at which the eggs incubate. More males are produced from warmer incubation, whereas more females occur when incubated in cooler temperatures. The parents do not provide any care to their young after they lay and bury the eggs. Reproductive success is generally low in gopher tortoises, meaning that many of the young do not survive to maturity (long enough to have babies of their own), however, over a female’s life span she produces many eggs and in a stable environment, some of her offspring likely survive to replace her in the population. In disturbed environments, the delayed maturity and high egg and juvenile mortality makes them even harder to protect.

Why are gopher tortoises an important keystone species?

The gopher tortoise can be considered a keystone species because they have a large impact on the ecosystem they live in relative to their abundance (they do a lot compared to how many of them there are in an area). This is because the burrows that they dig are used by approximately 360 additional species that share their habitat! This can be especially important during the frequent fires that occur in these habitats, as other animals use the burrows as shelter from the fire. Some of these species include small mammals, invertebrates, frogs, and a large variety of snakes, many of which are quite rare (e.g. the indigo snake as shown below). 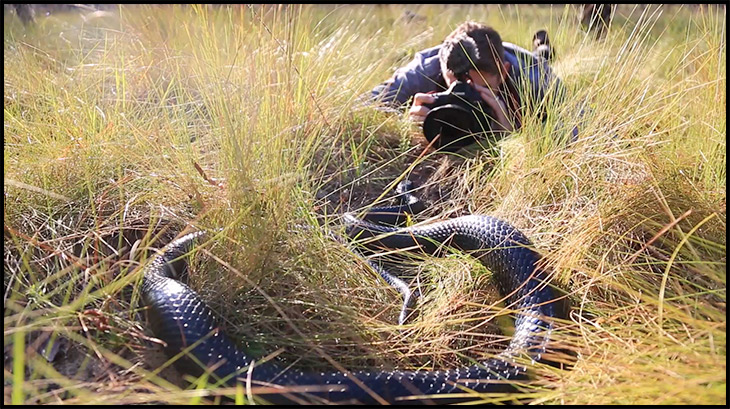 What are the threats to the gopher tortoise?

Anthropogenic disturbance is the major threat to the gopher tortoise. First, habitat loss due to land-use change and development (such as urbanization and agriculture) has greatly decreased the amount of suitable habitat for gopher tortoises. This development also increases contact with humans which increases mortality, largely due to roadkill. Additionally, tortoises are threatened by humans catching tortoises to keep as pets or even to eat them.

What is the conservation status of the gopher tortoise?

The gopher tortoise is listed under the Endangered Species Act (ESA) in the western portion of its range and has been since 1978. The eastern population has been recently listed as a candidate for listing, which means it warrants federal protection but due to a bottleneck in the listing process, things are on hold. In the meantime, a voluntary agreement called a Candidate Conservation Agreement has been established where there will be an increase in cooperative conservation pending a final decision on listing. The hope is that these actions will halt or reverse the declines in this species. The current conservation status of tortoises varies among states, but it is illegal to harm tortoises in any part of their range. (See this FSW page for more information).

How you can help the gopher tortoise?

The conservation and management of habitat for the gopher tortoise is the key to helping them thrive in the wild, so encouraging elected officials to help preserve this crucial habitat is a good start. Additionally, if you are a private landowner within these regions you can cooperate with the following organizations, such as The Nature Conservancy, Gopher Tortoise Conservation Initiative, and the Natural Resources Conservation Service (NRCS), which has a landowner incentive program to preserve tortoise habitat. See links below:

To learn more about gopher tortoise research, visit the website of The Jones Center at Ichauway (featured in the above video). As an option you can find someone and pay someone to write your research paper on similar topics. Or you can contact the U.S. Fish and Wildlife Service for information on prescribed burning, or other ways in which way you can help restore and maintain prime gopher tortoise habitat. Also, just as any other wildlife species, if you see them in the wild, appreciate them from a distance and do not remove them from their home where they are their healthiest and happiest.

Informational Sources on the Gopher Tortoise

Other Videos We Filmed in the Gopher Tortoise Habitat

Burning of a Longleaf Pine Forest

Herpetologists at the Jones Center

Haley, Lora, and Jen with a Pine snake

Entrance to Ichauway – The Country Store 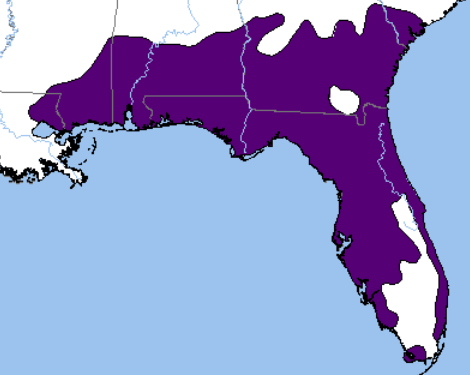